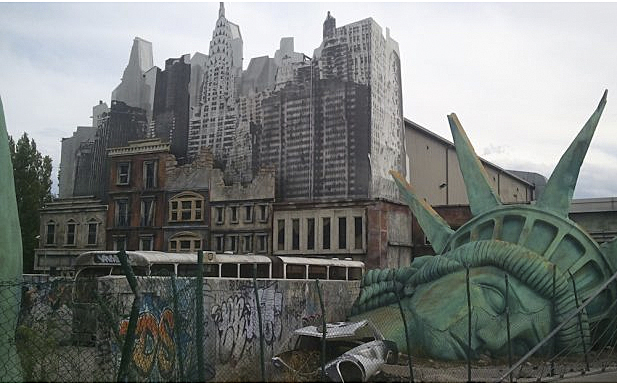 As the world shows increasing signs of collapse — and a looming war with China is spoken of more often — few Americans concern themselves with foreign affairs. According to military and political experts, China declared war on the United States, and the West in general, thirty years ago — it’s called unconventional warfare. This form of warfare entails all means of weakening and destroying the enemy — attacking the electrical grid, hacking attacks, other forms of electronic warfare, pouring drugs into the enemy’s country, drone attacks, economic attacks and other forms short of open battles. China was been busy with its Belts and Roads campaign to buy up huge tracts of every nation with value to the Chinese Communist Party (CCP).

The national media portrays China as a bustling, economic giant, containing 1.4 billion happy people. Further, we are told that the leadership of the CCP is composed of honorable men who are good friends of the Free World and humanity in general. The Party, we are told, has improved the lives of the average Chinese citizen tremendously and is a good trading partner of the West as well. In fact, we are being convinced that the new communist system is so successful we should adopt its methods, even at the cost of our liberty.

But is this picture an accurate depiction of life in the red giant? According to an Australian young man who lived in China for a number of years, only the people in the cities have benefited from the earlier economic boom. The mass of people (who live outside the cities) live in abject poverty. They are forced to live in abandoned concrete structures, have little to eat, are poorly clothed and otherwise have nothing. Human rights, both social and political rights, are systematically violated. But this view of China is shielded from the West. This person interviewed many Chinese living under these extreme conditions. He said they like Westerners, and are very nice people.

In truth, the Chinese economy is progressively failing, and at a rapid rate. Chinese President (dictator) Xi Jinping is terrified of the people and that is why he broke precedent and appointed himself the direct leader of the PLA (People Liberation Army). In Hong Kong, peaceful demonstrations have been harshly suppressed, and the rights of the people have been seriously curtailed, freedom extinguished. But Hong Kong protesters have defied crackdown.

Russian President Vladimir Putin, thanks to demented Biden, now has a strangle hold over Europe with the Russian pipeline. Australia is now a totalitarian dictatorship. The Philippines is lost to an insane dictator, and Japan is faltering. The Middle East remains in shambles with Israel becoming more endangered every day. The Netanyahu haters are forming a coalition government, joining far left and right, with of all things, the party of Islam. Latin America is struggling to rid itself of its various criminal socialist governments. All over the planet, the general public is being massively dumbed down by a number of methods — drugs, cell phones, soy products, MSG, microwaves, constant barrages of propaganda, information control by censorship, and the indoctrination of the youth in universities, colleges and undergraduate schools at all levels, and now mass vaccination with an experimental vaccine that has never been properly tested for long-term safety. Our youth rarely read actual books or deeply investigate historical or political issues — no, they “google it.” Google, of course, is the main brainwashing tool directed at the younger generation.

The media is composed of a collection of brain-dead idiots, Hollywood is certifiably insane, and the literature, movies, TV entertainment, and other methods of social distraction are all working full time to destroy Western civilization and virtually eliminate religious morality. The oldest of the religions, Judaism and Christianity, are under full, open attack from all sides by the extreme left. Under cover of darkness the super-rich elite are engineering this entire theater with the ultimate aim of ruling over a planet with a much smaller population (depopulation). Private property is under extreme attack by the money manipulators and is being designed to make us all serfs. As my friend Dr. James I. Ausman, Founder of Surgical Neurology International, notes, it is all moving with extreme rapidity while the general population sleeps and worries itself over the “new mutant strain” of COVID-19. Over 475 people under the age of 30 have developed post-vaccination myocarditis and the CDC is having a “conference” — which, I am convinced, will decide it is of no concern and proceed with vaccinating the world. In any other situation, the experimental vaccine would be immediately halted.

Even I am amazed at the incredible organization, speed and effectiveness of all this. The coronavirus was the catalyst that triggered it all and keeps the process in operation. The elitist controllers tried to use global warming, but people generally ignored it all, as they had no concept as to what the so-called scientists were saying, and it was all too obvious nonsense. The CCP virus worked much better.  Movies, such as Contagion and The Rage, fixed the terror in people’s minds. So, it was easy to do. Now the main push is to vaccinate everyone  — even small children and babies. Hundreds of thousands will die soon, and more, much later. Women will no longer be able to conceive, and pregnant women will lose their babies, or they will be born premature and at a very high risk of developing schizophrenia, autism spectrum disorders or other neurodevelopmental disorders. Our neurodevelopmental science clearly says that no pregnant woman should have their immunity stimulated. But then, what does real science have to do with what is taking place within the medical and public health communities.

The medical profession is essentially lost and is controlled by big pharma and the elite manipulators through their medical societies, medical boards, and institutes of medical education. They pretend to practice “scientific” medicine for which they have created the deceptive name — “evidence-based medicine” — exactly the opposite of what it claims. Most of the so-called “evidence” is manipulated science which is dispensed by ghost written articles appearing in the most prestigious clinical journals so as to influence the greatest number of clinical practitioners. Doctors who attempt to bring some clarity to these medical issues or express a logical, scientific viewpoint contrary to the controlled rhetoric, not only are censored but have their reputations destroyed, lose their positions in hospitals, or are at risk of even losing their medical license.

To most, especially the thinkers and the truth tellers, this New World Order will be unrecognizable when compared to what has previously existed in the free nations. All the institutions that guaranteed individual liberty, ownership of private property, and the basic freedoms our ancestors fought and died to design and preserve, will disappear in this dystopian nightmare. The psychopaths, who make up most of these elite designers of the future world, will show no emotion or concern for the billions who will suffer endlessly, go hungry, watch their loved ones die off, and be denied even the most basic human needs. Psychopaths have no human feelings or compassion.

When tens of millions, possibly hundreds of millions, have their health destroyed by these vaccines and are denied health care, we will hear the elite rulers bring forth the suggestion that the “humane thing” to do for these suffering people would be to compassionately put them to sleep. They have been working subtly or not so subtly towards this goal for many years. The medical costs, they will contend, of caring for these destroyed lives will be too expensive and would deny health care expenditures for the young. The weakened sick will be unable to defend themselves. Euthanasia plans are rising up all over the world as I write this. The healthy survivors will demand such a Godless plan.

We are rapidly reaching the point of no return.

Dr. Russell L. Blaylock is President of Advanced Nutritional Concepts and Theoretical Neurosciences in Jackson, Mississippi. He has written numerous path-blazing scientific papers and many books, including Excitotoxins — The Taste That Kills (1994), Bioterrorism: How You Can Survive (2001), Health and Nutrition Secrets (2002), Prescriptions for Natural Health (2016), Cellular and Molecular Biology of Autism Spectrum Disorders, co-authored with Anna Strunecka, Mark Hyman and Ivo Paclt (2010), and Natural Strategies for Cancer Patients (2019). He is Associate Editor-in-Chief of the Neuroinflammatory Section of Surgical Neurology International (SNI).

This article may be cited as: Blaylock RL. World collapse is imminent. HaciendaPublishing.com, June 15, 2021. Available from: https://haciendapublishing.com/world-collapse-is-imminent-by-russell-l-blaylock-md

Share on facebook
Share on twitter
Share on linkedin
Share on email
PrevBook Review: The China Virus — What is the Truth? by James I. Ausman, MD, PhD, and Russell L. Blaylock, MD. Reviewed by Miguel A. Faria, MD
‘Plants of the Gods’ and their hallucinogenic powers in neuropharmacology — A review of two books by Miguel A. Faria, MDNext