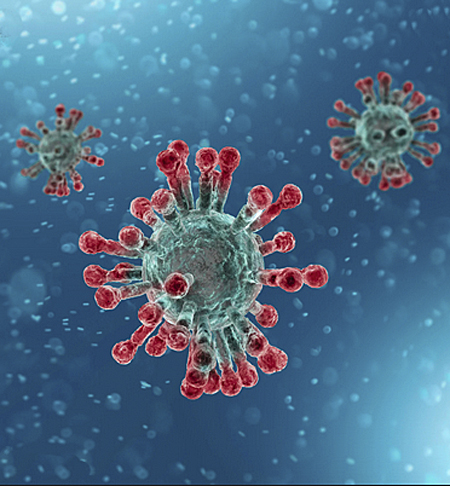 Book Review: The China Virus — What is the Truth? by James I. Ausman, MD, PhD, and Russell L. Blaylock, MD. Reviewed by Miguel A. Faria, MD

The China Virus: What is the Truth? by James I. Ausman, MD, PhD, and Russell L. Blaylock, MD is an outstanding contribution to the real story behind the origin, dissemination, and media coverage of the COVID-19 virus infestation, as well as the role played by communist China in this pandemic — a pandemic that has been manipulated to trample on the rights of citizens well beyond the confines of China. It is amazing how people from all walks of life as well as with different levels of intelligence and backgrounds in education have been duped by this orchestrated pandemic.

The book contains much of the data and the chronology for the COVID-19 virus pandemic. According to Dr. Ausman:

The politics behind all of this is deep and very corrupt. Three million people died for this misinformation. The real question is still ignored. Was this an accident or intentional? Right now, the intentional part is being ignored for no good reason other than it is devastating if true. There is circumstantial evidence that suggests this as a possibility. The CCP was involved in this research, Trump had just devastated the Chinese economy, and China had to sign the Trade Deal agreement, which was face losing for Xi Jinping. (Not good. In Asian countries, losing face means suicide.) Our book details the evidence.

The intertwining politics is intense, right down to the threats on life that signal there is information here that is very threatening to some people. No one asks questions about that. No one is dealing with what is really behind all of this. The allegations about Trump are fabrications and blatantly biased. The Chronology in the book shows that. There is still a major cover-up no one is talking about. What is the Truth?

The real problem people want to avoid is what are the consequences to China. Xi knows this and my guess is he is paying off a lot of people to keep all of this under wraps. Why? The Truth would destroy China, him personally, and his Maoist dreams. It would devastate the country and Xi would lose everything.

I also spoke with Dr. Blaylock who further elaborated on the significance of the pandemic:

On the COVID-biological agent vaccine, the evidence is growing that over 28 tissues are cross-reacting with the spike protein. This will result in numerous autoimmune diseases. In addition, the spike protein also enters the brain and spinal cord — which will lead to a number of types of neurodegenerative diseases — especially ALS. I have collected evidence from autopsied cases that massive, microglial activation is being universally found. This is a disaster waiting to happen. China is making its move for world domination.

In conclusion, the information, arranged chronologically, for this book comes from a compilation of facts and opinions from different sources — i.e., including information from both ends of the political spectrum, not bypassing the mainstream media, a media that has become an arm of the globalists worldwide and the Democratic Party nationally. Thus, the book has been compiled from a neutral standpoint and may be said that it lets the data speak for itself. Only in the appendices that were also collected from various sources, do the authors in two or three subsections speak for themselves. This book is an important contribution not only to the narrative about the course of this pandemic but also to the decline in medical and journalistic ethics in contemporary society.

Again, congratulations to the authors for completing this immense task, compiled from so many news sources worldwide and from so many different political viewpoints, in an attempt to arrive at the elusive truth about the coronavirus.

Reviewed by Miguel A. Faria, M.D., Associate Editor in Chief in socioeconomics, politics, medicine, and world affairs of Surgical Neurology International (SNI). Dr. Faria was appointed and served at the behest of President George W. Bush as member of the Injury Research Grant Review Committee of the Centers for Disease Control and Prevention (CDC), 2002-2005. He is a Board Certified Neurological Surgeon (American Association of Neurological Surgeons; retired); Clinical Professor of Surgery (Neurosurgery, ret.) and Adjunct Professor of Medical History (ret.) Mercer University School of Medicine; and author of Vandals at the Gates of Medicine (1995); Medical Warrior: Fighting Corporate Socialized Medicine (1997); as well as Cuba in Revolution: Escape From a Lost Paradise (2002). His recently released book is America, Guns, and Freedom: A Journey Into Politics and the Public Health & Gun Control Movements (2019). His website is https://haciendapublishing.com. https://en.wikipedia.org/wiki/Miguel_A._Faria_Jr.

This article may be cited as: Faria MA. The China Virus: What is the Truth? by James I. Ausman, MD, PhD, and Russell L. Blaylock, MD. HaciendaPublishing.com, June 10, 2021. Available from: https://haciendapublishing.com/book-review-the-china-virus–what-is-the-truth-by-james-i-ausman-md-phd-and-russell-l-blaylock-md-reviewed-by-miguel-a-faria-md

5 thoughts on “Book Review: The China Virus — What is the Truth? by James I. Ausman, MD, PhD, and Russell L. Blaylock, MD. Reviewed by Miguel A. Faria, MD”