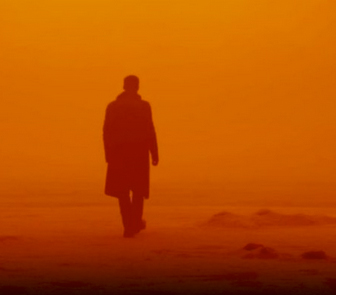 The Hollywood Left, the Antihero, and a Dystopic Future by Miguel A. Faria, MD

The scandal about the rejected movie “The Hunt” took me to an article by Dr. Russell L. Blaylock about Hollywood’s immersion in the despicable in general and the veneration of the antihero in particular. Dr. Blaylock’s description of Hollywood’s antihero is colorful — accurate representations of the typical protagonists depicted in the Hollywood movies of the last three or four decades. It is only that the vulgar aspects are getting worse and the antiheroes more depraved as the years pass. It is interesting that the antihero, as defined by Merriam Webster, is simply a main character “who does not have the usual good qualities that are expected of a hero.” But Hollywood has elevated him to an omnipresent cinematographic deity that unfortunately is imitated by impressionable youths, whose parents in real life in the politically correct environment of contemporary society are reluctant to correct, even when vulgar or morally reprehensible behavior is displayed.

The antihero becomes the role model for impressionable youth

Not surprisingly (more in tune with the popular culture), an Urban dictionary defines these antiheroes very accurately as, “darker heroes, jerks, pathetic, hard, jaded, or mean.” And even explains why the public is so approving of these antiheroes: “… they also have physical attractiveness…. Mostly they are intriguing and can therefore be very, very, SEXY especially if you love bad boys (girls).” And therein lies the rub, these antiheroes of Hollywood, as noted further by the Urban dictionary, “gain the sympathy of the audience.” These antiheroes are admired by an audience who is no longer educationally able to recognize the real attributes of a classical hero; no longer capable of recognizing literary taste and verbal eloquence — instead they are entertained by the unredeeming vulgarities, sex, and violence, without recognizing a good story. Moreover, progressive Hollywood producers would rather promote fictitious criminals who, despite being serial killers, also have “their amiable good sides”! This is condoned by moviegoers because more and more we are dealing with a shallow public, semiliterate audiences and poorly educated youths, who no longer read the classics nor watch instructively redeeming films, and thus are incapable of recognizing real heroes and making morally correct choices. Today’s youngsters are being brought up in situational ethics and moral relativism, “educated” in morally neutral schools at best and frequently reared by parents imbued with politically correctness. The parents laugh along with their children at the nonsense on the screen “without making moral judgments” in intellectual shallowness and blissful ignorance of literature, art, and their own history — in short, a society in free fall moral and intellectual decadence. No wonder we have these tragic mass shootings by deranged youngsters seeking celebrity status.

Blacks not fitting the mold are ignored and Hispanics are stereotyped

As to how blacks are depicted by Hollywood perhaps it could be that Hollywood is attempting to influence life for the best. We can speculate that the elitist Hollywood intelligentsia may actually be attempting to provide black youth with role models. The problem is that these fictitious role models, as Dr. Blaylock describes, are liberal stereotypes with little connection to real life. And yet, Hollywood could have provided real life role models. We have great black Americans living today who Hollywood and the media could promote. For example, we have excellent role models in Clarence Thomas, Walter Williams, Thomas Sowell and Jason L. Riley, etc., but they are ignored. Ditto for black women, such as Candace Owens and Star Parker. They have also been ignored, despite the women’s movement. Dr. Ben Carson, the black neurosurgeon who is now Secretary of Housing and Urban Development appointed by President Donald Trump, has also been ignored, when not bein attacked by the media. Hollywood progressives won’t use these black men and women, these real Americans of flesh and blood don’t provide the snippets. Besides they are of a different political persuasion, and conservatism Hollywood despises. This neglect of accomplished black conservatives is not only contrary to the progressive’s own policy of diversity, but unfair to the individual. Even the story of President Barack Obama could be used to instruct black youths that they can succeed; instead the mainstream liberal media constantly indoctrinate black youths to the lie that they cannot succeed without government assistance — choosing to promote class warfare, racial strife, and sensationalism for their political value and their own self-interest.

And what about Hispanics? Latin Americans are almost always depicted as drug dealers and hoodlums. If most of the antiheroes are white or Hispanic, doesn’t Hollywood understand that according to the laws of human nature this engenders hostility in those so depicted, perhaps even causing backlash and resentment. Affirmative action in Hollywood (for those who are more equal than others) was established supposedly to even the playing field over four or five decades ago. Has it worked?

We must conclude that stereotyping is allowed when it is politically correct (i.e., approved in the social engineering goals of the intelligentsia) or when directed at certain groups, but certainly not at other groups who are politically protected. Catholics and evangelicals are fair game in all spheres. Ditto for Hispanics being portrayed as criminals and members of gangs. Needless to say, “southern red necks” are fair game year-round. Blacks and women are protected and promoted as long as they toe the politically correct progressive line. How long will this politically geared social engineering project last?

And is all of this racial and ethnic representation remotely accurate? How long will art continue to misrepresent life? Or worse, how long will malcontents, not to mention miscreants within a large segment of the public, continue to imitate the vulgar and violent art of Hollywood?

The presidential triumph of Donald Trump supposedly has shown that there are many “angry white males,” who have been alienated (for decades). I would venture to say that there are many angry Americans, and not just among Republicans, as the media would have us believe, but also blue-collar Democrats and Independents. The government has too much power and is out of control, and the resultant anger runs deep. In the Colorado primary election, Trump received the majority of Hispanic votes, but this was mentioned only in passing. I’m still surprised that Hispanics have not noticed that in Hollywood along with “southern red necks” and Italian “mafiosos,” they are fair game in the stereotyped Hollywood culture.

Martin Luther King’s dictum that a man should be judged not by the color of his skin but by the content of his character should be applied not only to African Americans, but also in ethnicity, political persuasion, religion, and heritage, applied to Hispanics, Catholics, evangelicals, Italian Americans, and “southern red necks.”

The assault on traditional family values continues. This has been in effect also for several decades. Why? G.K. Chesterton (1874-1936) provided the answer when he wrote many years ago, “The ideal for which the family stands is liberty. It is the only institution that is at once necessary and voluntary. It is the only check on the state that is bound to renew itself as eternally as the state, and more naturally than the state.”

The family remains a bastion of stability and tradition, a target that must be demolished by the Hollywood elites and their allies in the liberal media for them to be able to recreate the world in their own image. It’s a troublesome impediment to the unrestrained power of the State and an obstacle to the depravity of the vulgar popular culture. Years ago I wrote that the campaign against child abuse was more about government power and breaking apart families than about justice and child protection. It turns out that is the case as advances in neuropsychiatry reveals the reconstructive nature and fluidity of memory and the consequent fallacy of relying on implanted (false) memories in children by child psychologists and social workers with excessive zeal.

Speaking of hypocrisy, liberals indeed love to throw at conservatives the label of being hypocrites on the issue of religion, but what about the Hollywood moguls who decry money and profits for everyone else but themselves? Imagine the self-righteous indignation of the antihero, portraying the evil rich people as uncaring and obsessed only with money and material possessions while Hollywood producers, such as Bob and Harvey Weinstein and others laughed all the way to the bank. These Hollywood moguls spill out politically correct shibboleths, promote liberal causes, including gun control (while having violent, heavily tattooed antiheroes armed to the teeth shoot other miscreants and hapless victims), and are many times richer than the evil wealthy people lambasted in their movies!

The media and popular culture decadence is self-evident for anyone half-way awake to notice, anyone who may even by accident turn on the television set. (Incidentally, you can find some great movies in our Classic Movies and Documentaries section on this website.) Be that as it may, in the interest of justice, let me just mention one movie that typifies the decadence of our popular culture, the 1999 film “American Beauty,” a much-acclaimed picture by the movie industry, Hollywood, and the popular culture. The movie cost $15 million to produce and it raked in $360 million at the box office. Supposedly it is another middle-class satire, but it is worse than that: It is a cynical portrayal of progressivist life without artistic beauty or any other rewarding features. The film is simply a decadent and degenerate movie, and the recent allegations of unwanted sexual advances and predation of teenage boys years earlier on the part of Kevin Spacey, the central star in the movie, suggests that the bad art in this movie was simply imitating sordid life, but I admit that it could be the other way around. The fact is that the real life allegations are worse than the happenings in the movie. It looks more and more that liberal progressive Hollywood celebrities, such as the likes of Harvey Weinstein and Kevin Spacey, were not only hypocrites, but degenerate human beings exemplifying the state of our popular culture. Predictably, Weinstein went into hiding, while Spacey claimed to be “horrified,” if he had done what is alleged that he did, and put himself in rehab!

It never fails to amaze me how the liberal politicians and progressive reformers persistently militate for “change,” and “look forward to the future.” And yet the future that is ironically depicted more and more in Hollywood films is a surreal, amoral, cold, totalitarian, nightmarish dystopia — a vision that George Orwell (1903-1950) prophesized was “a boot stamping on a human face — forever.” Go figure!

Miguel A. Faria, M.D., is Associate Editor in Chief in socioeconomics, politics, medicine, and world affairs of Surgical Neurology International (SNI). He was appointed and served at the behest of President George W. Bush as member of the Injury Research Grant Review Committee of the Centers for Disease Control and Prevention (CDC), 2002-2005. His upcoming book is America, Guns, and Freedom: A Journey Into Politics and the Public Health & Gun Control Movements (2019). He is also the author of Vandals at the Gates of Medicine (1995); Medical Warrior: Fighting Corporate Socialized Medicine (1997); and Cuba in Revolution: Escape From a Lost Paradise (2002).

This article was revised from an earlier version and may be cited as Faria MA. The Hollywood left, the antihero, and a dystopic future. HaciendaPublishing.com, August 16, 2019. Available from: https://haciendapublishing.com/the-hollywood-left-the-antihero-and-a-dystopic-future-by-miguel-a-faria-md/