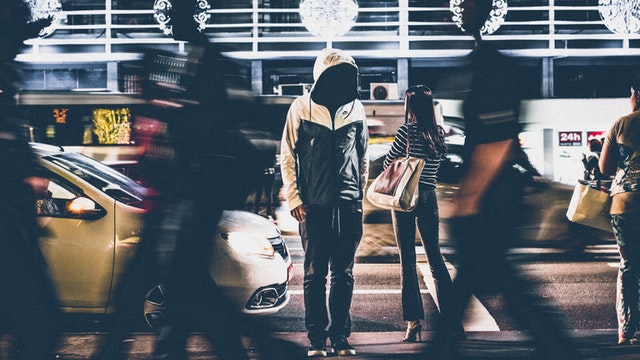 Mass shooters and the victim body count by Miguel A. Faria, MD

The mainstream media (MSM) have been sensationalizing mass shootings for the last three decades, reaching a crescendo in the last several months. They sensationalized gun violence as a way to put pressure on and force Congress to pass unconstitutional gun control laws that disarm the law-abiding citizen while doing nothing to stop criminals. These laws range from attempting to ban assault weapons to passing so-called Red Flag laws — all of which as written circumvent the Second Amendment or violate the Due Process clause of the Fifth and Fourteenth Amendments. In countering the gun control propaganda and discussing mass shootings two points that are never cited by the MSM need to be brought forth and emphasized.

First, there is the fact that these deranged madmen perpetrating mass shootings must be taken down from the zenith of celebrity status in which the MSM has placed them and instead sink them into the nadir of the cesspool where they belong! “But how can we do this without describing the perpetrators?” whines the MSM. These deranged malcontents and criminals should not be celebrated with the epithet of a “heavily armed gunman with ‘assault weapons’ and clad in full military gear…” These are jingoistic appellations the criminals apparently enjoy in seeking celebrity status even in death.

Instead, the media should use the appellation, “malcontented monsters, who maim and kill defenseless and hapless victims, including women and children.” And when appropriate to such despicable description, it should be added, “the deranged madman cowardly shot himself when confronted by an armed citizen” (which has happened on several occasions), or “… was shot to death in a well-deserved hail of bullets by the valiant police.” Those are the proper epithets that should be used in describing these sanguinary freaks who perpetrate rampage shooting incidents. The police or armed citizens who stop these deranged madmen should be described as the true heroes they are. It is they who should be celebrated and not the criminal perpetrators. The constitutional or concealed carry options and the beneficial use of weapons by law-abiding citizens should be encouraged rather than demonized!

The second issue that should be brought forth is the propagandizing and misuse of the victim body count. This is a favored sensationalization tool that the MSM, supported by the gun grabbers, use continuously in their specious gun control arguments. Daily we are inundated with the “mounting” body count of mass shooting incidents and the number of victims killed in common crimes. Just last week a headline blared: “Gun violence in 2019: There have been 251 mass shootings in the U.S. in 216 days.” A previous report published by PBS claimed that “more than one mass shooting happens per day in the US.”  Not to be outdone, The Washington Post has claimed, “in 2015 alone, there had been 294 mass shootings that killed or injured 1,464 people.” In each headline, some new statistical landmark seems to be reached to propagandize the last shooting as the worse to date!

As we have seen, the MSM and their anti-gun activistallies have deceptively tried to label any incident with two or more casualties as a mass shooting. As I pointed out in my forthcoming book, America, Guns, and Freedom: A Journey Into Politics and the Public Health & Gun Control Movements (2019), anti-gun public health officials have been torturing statistics until they confess, even attempting to lump murder-suicides as mass shootings. In my book I describe in detail the concerted effort of the public health establishment (PHE) to push for gun control, claiming that gun violence is a public health problem, rather than a criminologic issue. As far as the PHE is concerned, gun availability and gun violence have reached the level of an epidemic and guns must be eradicated. They ignore the fact that civilian gun ownership is a constitutional right and that self-defense is an inherent God-granted, natural right that precedes government.

Be that as it may, the number of mass shootings represent a very small percentage of homicides, fewer than one percent. Moreover, the body count is misleading in discussing gun violence on a rational basis. That is unless both sides of the gun violence debate enter the equation. In 2012, for example, the Violence Policy Center (VPC) claimed in an article published in the Los Angeles Times, that good citizens killed only 259 criminals each year. To the VPC activists and the Los Angeles Times, the 259 figure of criminals killed by citizens was very small. They erroneously concluded that the beneficial shooting deaths “in comparison with the 1.2 million violent crimes committed that same year did not reflect much of a benefit in gun ownership.” They are dead wrong.

As I also discuss in my book, the figures cited for the criminal body count is wildly underestimated. The FBI Uniform Crime Report makes the assignation of “justifiable homicide” from the preliminary data of the reporting officer, and not from final determination; therefore, the number of “justifiable homicides” is under reported. They are classified as criminal homicides, when in reality, up to 20 percent of the initially classified “homicides” are eventually judged correctly to be “justifiable homicides,” although they do not appear as such in the final report. The more correct figures are that between 600 to 1,500 criminals are killed by good citizens in self-defense (or in justifiable homicides) every year. Armed citizens killed at least twice, and as many as three times, the number of criminals as do police.

The good guys (the cops and lawful citizens) do not kill unnecessarily, as violent criminals are prone to do, but only when they absolutely have to protect themselves or their fellow citizens. Violent offenders, many of them repeat criminals, kill in the commission of crimes and to get away with whatever they intend to do with little regard for life or property. Some criminals kill for the sake of killing, but good guys do not. As I stated in my book, from data collected by criminologist Gary Kleck and summarized by Dr. Edgar Suter, a former director of a gun rights organization advocating integrity in science:

The true measure of the protective benefits of guns are the lives saved, the injuries prevented, the medical costs saved, and the property protected—not the burglar or rapist body count. Since only 0.1 percent to 0.2 percent of defensive gun usage involves the death of the criminal, any study that counts criminal deaths as the only measure of the protective benefits of guns will expectedly underestimate the benefits of firearms by a factor of 500 to 1,000. The defensiv uses of firearms by citizens amount up to 2 million  to 2.5 million uses per year and dwarf the offensive gun uses by criminals. Between 25 and 75 lives are saved by a gun for every life lost to a gun.

In conclusion, the real heroes in mass shooting incidents are the police and the armed citizens who intervene and help stop the deranged madmen involved in those tragic and barbaric incidents. These criminal malcontents blame fellow citizens and society for their own personal failures. The Democrats and their allies in the MSM must stop demonizing guns because the most efficient way to stop mass shooters is to eliminate gun-free zones, and instead have more law-abiding citizens carry firearms for self, family, and fellow citizen protection.

Miguel A. Faria, M.D., is Associate Editor in Chief in socioeconomics, politics, medicine, and world affairs of Surgical Neurology International (SNI). He was appointed and served at the behest of President George W. Bush as member of the Injury Research Grant Review Committee of the Centers for Disease Control and Prevention (CDC), 2002-2005. His upcoming book is America, Guns, and Freedom: A Journey Into Politics and the Public Health & Gun Control Movements (2019)

This article may be cited as: Faria MA. Mass shooters and the victim body count. HaciendaPublishing.com, August 31, 2019. Available from: https://haciendapublishing.com/mass-shooters-and-the-victim-body-count-by-miguel-a-faria-md/

1 thought on “Mass shooters and the victim body count by Miguel A. Faria, MD”