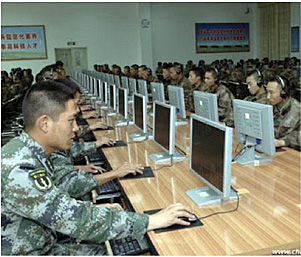 Recently I read the book Tiger Trap (2012) by espionage writer David Wise. It is a scary but at the same time an astounding and critically needed book, as Americans know very little about the espionage activities of China in the United States. The book is 292 pages, contains a good index, and is fully annotated and illustrated with an insert of glossy photographs identifying most of the villains, a few innocent bystanders, and even a few heroes.

Espionage writer David Wise asserts the Chinese continue to follow the advise contained in the 6th century B.C. book, “The Art of War,” by military sage Sun Tzu, who advises the commission of espionage by “a thousand grains of sand”; that means obtaining small but innumerable pieces of information by vast numbers of people acting as armies of spies sent against the enemy. Moreover, the communist Chinese in the 21st century, asserts Wise, unlike the Soviets, are not interested in recruiting agents with vulnerabilities or people motivated by revenge or misfits, but “good” people, who are naively convinced of the humanitarian nature of their actions. So spies recruited by the Chinese spymasters do genuinely want to assist China and help her to improve technologically, to modernize, and to achieve parity with the West.

This recruitment usually translates to ethnic, first generation Chinese immigrants with cultural and familial ties to China. The Chinese government then reciprocates by helping their part-time spies create or proceed with commercial or business ventures in the United States. This is called guanxi. Thus, supposedly, the Chinese spymasters don’t offer money, and they do not accept walk-in cases — i.e., volunteers who may be “dangles” (double agents sent by the enemy). Most espionage activities are coordinated by the Ministry of State Security (MSS) or the military intelligence arm of the People’s Liberation Army (PLA).

Nevertheless, Wise then relates several cases of espionage that challenge those same assumptions, resembling not “grains of sand” information but “large fish,” predatory espionage resembling the horrendous theft of secrets and heinous betrayal by traitors Aldrich Ames and Robert Hanssen. Take for instance the case of  “Parlor Maid,” the code name of the Chinese-American “triple agent” Katrina Leung. This is an incredible story immersed with as much sex as espionage and betrayal.  And it is not a pretty picture, casting a dark shadow of shame, ineptitude, and negligence on the FBI and two of its “veteran,” top Chinese counterintelligence (CI) experts — i.e., FBI agents James J. Smith and William B. Cleveland Jr.

Katrina Leung not only spied for China for 20 years but also managed to seduce these two FBI agents in the process. They in turn collaborated wittingly or unwittingly with her deception and betrayal. Moreover, had the FBI, the very agency charged with catching spies, been more vigilant, the betrayal would have been deduced and exposed much earlier, limiting the damage to the nation’s security.

In fact, several red flags were raised in the 1990s that Katrina Leung had been turned against the U.S. but she was protected by her two FBI agent lovers, and so the clues were ignored higher up the command ladder. Although guilt was obvious, the FBI counterespionage operation against “Parlor Maid” came to nothing. The case is simply astonishing, and David Wise does a great service to the nation in bringing this incredible “sexpionage” case to light in sizzling — as well as blood boiling detail.

The betrayals, as well as the bungling and ineptitude of several FBI agents in this and other cases, are highly disturbing. But the ineptitude does not stop with the FBI. The pusillanimity of the Justice Department in prosecuting those spies who actually did get caught is likewise troubling and blood boiling, as is the leniency extended by the judges presiding over the trials of those few defendants who were prosecuted. Many of these defendants convicted in the end were simply slapped on their wrists!

Much of the espionage was and continues to be conducted to obtain nuclear secrets from the United States. Another FBI operation, code-named “Kindred Spirit,” was undertaken to identify a spy in Los Alamos who revealed the secret design of the W-88 warhead of the Trident submarines in the 1990s. This warhead was and remains one of the most powerful and most advanced nuclear weapons in the U.S. arsenal. As part of the submarine strike force, the warhead is one of the most survivable of the retaliatory triad of nuclear deterrence strike capability of the U.S. In this case the FBI investigated Wen Ho Lee and his wife Sylvia Lee but the operation was bungled and led nowhere. It was later expanded to operation “Sego Palm” but this investigation also led to no arrests.

Operation “Tiger Trap” (after which the book is titled) is another CI operation bungled by the FBI in which the guilty culprit once again got away with nuclear secrets. One successful operation was launched against CIA traitor Larry Wu-Tai Chin who, after spying for the Chinese for 30 years, finally made a mistake that led to his arrest. He was successfully prosecuted and committed suicide in prison. Several other cases are described with varying degrees of success.

Perhaps the most troubling of all is the chapter on the silent, ongoing cyber espionage wars launched by the Chinese against the U.S. and the West. This new undeclared cyber warfare proves, once again, that “the end of history” mentality that prevailed immediately after the collapse of Soviet communism is dangerous to our security. China’s invisible and up to now invincible cyber spies are described in great detail, revealing chilling information that few Americans understand. Wise elucidates the serious menace posed by the computer hackers, the new breed of cyber spies, that the Chinese have unleashed against America, not only against U.S. agencies but also various targets from the Pentagon to vulnerable state and municipal infrastructures, from computer networks to energy sources and water supply.

In 2006, Peter Yuan Li, a Chinese-American computer technologist in Atlanta, Georgia, was beaten by a gang of Asian men and his computer stolen. Li had tried to expose China’s cyber attacks on U.S. agencies. The attacks persist and this year a headline in the BBC (January 14, 2013) clamored: ” ‘Red October’ Cyber-attack found by Russian Researchers,” and a cyber expert commented, “Viewpoint: Stuxnet shift the cyber arm race up a gear.” What the articles failed to say is that the main culprit is China, probably followed by Russia. So Western experts are finally taking notice, and at least the BBC is reporting the dangerous trend.

Unless the U.S. and its allies rise to the challenge this up-to-now silent but ominous Chinese cyber attacks portend a dark future for the survival of freedom.

After reading Tiger Trap, one cannot help but wonder how America prevailed over the Soviets in the 20th century — and now, more apropos, how it will survive the Chinese onslaught of conventional, as well as cyber espionage or the possible cyber wars of the future, wars that may be fought with computer hackers sitting quietly at their computer terminals wreaking havoc and mayhem, even death and destruction, on the West in the 21st century! Knowledge is power, and this excellent book provides at least introductory knowledge to a subject of which Americans up to now have been blissfully ignorant. This book can be at times exasperating, frequently thrilling, but in the end it is a disturbing wake up call to action. I avidly recommend it.

This article may be cited as: Faria MA. China, sexpionage, and cyber wars against America. GOPUSA, March 1, 2013. Available from: https://haciendapublishing.com/china-spies-sexpionage-and-cyber-wars-against-america/

Different versions of this article were published in GOPUSA.com on March 1, 2013 and the Macon Telegraph on April 28, 2013. The illustrations seen here were added to the article for our readers at HaciendaPublishing.com and came from a variety of sources; they do not necessarily appear in the David Wise book, Tiger Trap.

1 thought on “China — spies, sexpionage, and cyber wars against America”