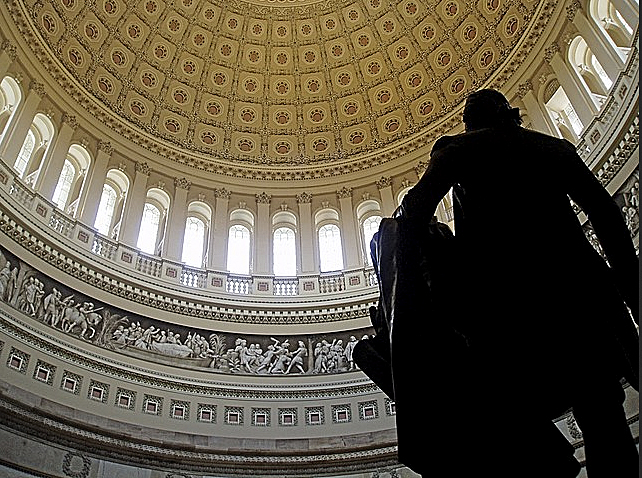 The historical meaning of political conservatism by Miguel A. Faria, MD

“A Conservative is a fellow who is standing athwart history yelling ‘Stop!’ “
— William F. Buckley, Jr.

In response, let’s say that in such a context, there is no such classification of classical versus modern conservatism, as there is with liberalism; although there are various alleged forms of conservatism that, like liberalism, varies somewhat from country to country and can be defined and characterized in general terms:

Conservatism is the political philosophy that seeks to preserve traditional social and religious institutions of Western culture and civilization deemed desirable, if not sacrosanct, and seeking to maintain stability, law, and order, while at the same time limiting the power of government, as to preserve the natural rights — i.e., life, liberty and property — of the individual, as to allow him freely to pursue happiness without impinging on the rights or property of others.

I have written two articles that expound on this topic from a historic and philosophic perspective.[2,3] Thus defined, the affinity of classical liberalism to modern conservatism becomes clearly obvious and indisputable.[1]

Today, the two most fashionable brands of conservatism are paleoconservatism (or Paleocon), which in its essence is mainstream conservatism perhaps with a streak of reaction associated with a nostalgic yearning to return to a better past; and a newer brand of semi-conservatism, a curious historical offshoot of Trotskyism (international socialism), coined neoconservatism. Discussions about these terms appear in the political science literature. Wikipedia has lengthy articles on conservatism and liberalism that unfortunately are too long and tendentious, tending to obscure and confuse rather than clarify and elucidate. My personal observations, though, come not only from having actually lived in a country that underwent political and social transformation due to revolution, in which, incidentally, my own family participated, and living under communism; but also from years of study on the subject since the time I was 13 years old,[4] studies that continue to this day.

Neoconservatism (or Neocon) is more of an academic than a popular grassroots movement. As mentioned, it stemmed from the left side of the political spectrum,[5,6,7] originally opposed to the discarded “socialism in one country” concept of Stalinism,[8] led but not exclusively so by influential Jewish-American intellectuals, many of the them former members of the Trotskyite movement of the 1930s and 1940s, which transformed itself into anti-Soviet liberalism during the 1950s through the 1970s. The movement flourished in the 1980s with the infusion of the so-called “Reagan Democrats” into the GOP and became a force within the Republican Party at the time of the administrations of George H.W. Bush (1989-1993) and George W. Bush (2001-2009). The main emphasis since the 1990s has been the projection of American power to foster social democracy abroad, especially in the Middle East, and to staunchly support the war against Islamic terrorism and ISIS. On the domestic front, Neocons have supported the status quo of the social welfare system and the use of government to institute socioeconomic policies that could be construed as creeping, if not overt, socialism.

One of the most influential political magazines of the Neoconservative movement is The Weekly Standard founded by Irving Kristol (1920-2009), also one of the founders of the Neocon movement along with Norman Podhoretz (1930-), his wife Midge Decter (1927-), and their son John Podhoretz. Bill Kristol, son of the founder, now edits the magazine. Some of the Neocons became in the end philosophical paleoconservatives like Jeanne Kirkpatrick, Dick Cheney, and John Bolton; others like Bill Kristol and John Podhoretz have continued their ambivalent, dual message, accepting some form of utilitarian social welfare at home and promoting the spread of social democracy abroad and staunchly defending the state of Israel and the war on terror. Wikipedia has informative articles on Neoconservatism and some of the personalities mentioned in this commentary.

It should be mentioned that in the USSR, as Soviet power consolidated itself in the 20th century, a semantic mirror image took place as the communist nomenklatura became the “conservatives” supporting the collectivist-totalitarian status quo, and the “liberals” became the dissidents supporting democracy and an open society, at least in media parlance. The terms continue to be used as such even in modern Russia but they have little to do with the Anglo-American terms discussed in this article.

The old conservatism of the Enlightenment era that supported mercantilism and the divine rights of kings received successive deathblows with the Glorious Revolution in 1689, the complete victory of the Whig Party with the Hanoverian succession (1714), the French Revolution (1789-1795), the turmoil of World War I (1914-1918), and the Russian Revolution of 1917. Modern conservatism was founded by Edmund Burke (1729-1797), derived from the classical liberalism of the British Whigs, as discussed in my previous article.[1] By the turn of the 20th century, conservatism was not battling the classical liberalism it co-opted but modern liberalism, progressivism, and socialism, which were attempting to control the labor movement both in the U.S and Great Britain.

The end result of modern liberalism, unrestrained by the freedom with responsibility that comes with conservatism, has led to untold mayhem, police state terror, desolation, and destruction as we witnessed in the 20th century in the Soviet Union (the USSR Gulag Archipelago), Nazism in Germany (National Socialism), China (Mao’s Cultural Revolution), Cambodia (Pol Pot’s Khmer Rouge), Cuba (firing squads), and the over 100 million hapless victims of international communism![10,11]

1. Faria MA. The Enlightenment — A triumph of classical not modern liberalism! HaciendaPublishing.com, September 29, 2015. Available from: https://haciendapublishing.com/the-enlightenment-a-triumph-of-classical-not-modern-liberalism/

3. Faria MA. A defense of Western culture and civilization without apologies. HaciendaPublishing.com, November 16, 2014. Available from: https://haciendapublishing.com/a-defense-of-western-culture-and-civilization-without-apologies-by-miguel-a-faria-md/

5. Faria MA. The Political Spectrum (Part I): The totalitarian left from Communism to Social Democracy. HaciendaPublishing.com, September 28, 2011. Available from: https://haciendapublishing.com/the-political-spectrum-part-i-the-totalitarian-left-from-communism-to-social-democracy/

6. Faria MA. The Political Spectrum (Part II) — The Center: A Democracy or a Constitutional Republic? HaciendaPublishing.com, October 14, 2011. Available from: https://haciendapublishing.com/the-political-spectrum-part-ii-the-center-a-democracy-or-a-constitutional-republic/

This article may be cited as: Faria MA. The historical meaning of political conservatism. HaciendaPublishing.com, October 4, 2015. Available from: https://haciendapublishing.com/the-historical-meaning-of-political-conservatism-by-miguel-a-faria-md

4 thoughts on “The historical meaning of political conservatism by Miguel A. Faria, MD”