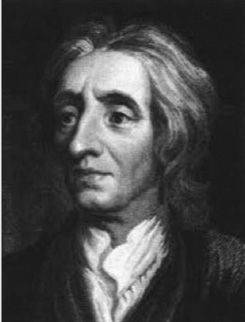 The Enlightenment — A triumph of classical not modern liberalism!

In a recent op-ed titled, “The ‘Enlightenment’ keeps on winning,” James A. Haught, an editor emeritus of a West Virginia newspaper, asserts in his latest column that since the advent of the Enlightenment, for three centuries, liberals have scored a string of historical victories over conservatives, and he “hopes the progressive pattern keeps rolling forever.”

Haught writes: “Around three centuries ago, major thinkers began advocating democracy, human rights and personal freedoms. Their period became known as the Enlightenment. It launched the long-running liberals-versus-conservatives conflict still driving much of today’s politics.” After scantily listing the contributions of Thomas Hobbes (1588-1679), John Locke (1632-1704), Baron Montesquieu (1689-1755) and even Voltaire, he goes on to characterize our Founders: “Thomas Jefferson, John Adams, James Madison, Benjamin Franklin, etc. were brilliant radicals who absorbed the Enlightenment ideas and incorporated them into the first modern democracy.”

Yes, our Founding Fathers were brilliant men, sons of the Enlightenment, but as to being called “radicals” that is subject to debate, as is the assertion of their alleged founding of the first modern democracy. But from there, it gets worse.  In fact I was astounded at the mischaracterization used to force through his arguments — namely that the Enlightenment liberalism has triumphed and will continue to triumph over intransigent conservatism. Haught writes:

There is some truth to what he writes, nevertheless glaring errors sully his thesis. So where do we begin? First of all, democracy began with ancient Greece, not with the Enlightenment (listen to Pericles’ Funeral Oration during the Peloponnesian War [431-404 B.C.] and read the arguments in Plato’s Republic and Aristotle’s Politics). And here is perhaps my biggest objection to his thesis: The modern liberal vs. conservative political conflict of today did not begin with the Enlightenment; it originated later in the 19th century, consequent to the upheaval of the French Revolution, fomented with Karl Marx’s Communist Manifesto (1848), and crystallized with the meeting of the left-wing socialists and communists at the First International (1866).

The political-philosophical arguments of the Enlightenment involved support for mercantilism, privileges of the nobility, divine rights of kings, and other royalist prerogatives championed by the “old conservative” monarchists, later the Tories in England; whereas classical liberals fought for natural rights, personal freedom, free trade, freedom of worship and limited government as members of the Whig opposition. These concepts were and remain largely anathema to today’s socialist, collectivist, progressive, and intolerant modern liberals, who are anti-religion, believe in big government and worship the State. In fact, the founder of the modern conservative movement, Edmund Burke (1729-1797), was a leading Whig politician (a classical liberal) who later parted ways with his former Whig-classical liberal confreres, including his long time friend Charles James Fox (1749-1806), over the radicalism of the French Revolution. While condemning the French revolutionist radicals, Burke supported the colonists and American independence. As Burke himself illustrates, then, classical liberals are more in tune with today’s conservatives and libertarians, and are the philosophical complete opposite of modern liberals, who are at heart progressive socialists. Just ask Democrat presidential candidate, socialist Bernie Sanders, who at this moment is climbing in the democratic polls.

As to the asserted positivism reinforcing modern liberalism (socialism), one should recall that 200 years of beneficially evolving changes in ancient Greek (Athenian) democracy and 500 years of the Roman Republic were followed by empire, the Dark Ages, feudalism, and monarchism (not to mention the savagery in many parts of the world) for nearly two millennia until the 20th century. So conservatism should not be buried just yet.

In Haught’s column, the word “Democracy” is made to come out of the mouths of the enlightenment philosophers, who for the most part hardly ever uttered it (they considered themselves constitutionalists or republicans), and it is even bandied about as a household word of the American Founding Fathers, but as mentioned, the Founders were no fans of mass democracy, and the word is nowhere mentioned in the U.S. Constitution, whereas “a Republican form of government” is guaranteed to the States in the Union (Article IV, Section 4).

It is true conservatives tend to dislike change and agree with the axiom of Aristotle (384–322 B.C.) that the experience of the ages should not be disregarded. As such they have militated for preserving traditional institutions that have benefited mankind and that promoted stability, law, and order; but in the end conservatives have also discarded institutions and policies that have been found iniquitous or unworkable. Occasionally, strife, rarely civil war has been necessary, but by and large change has come peacefully by constitutional means, at least in America. Moreover, following the conservative dictum of preserving good institutions and discarding the unworkable, some conservatives may have come to agree with some political changes but not with others. Even in defeat, conservatives provide a great service by promoting reasonable debate, allowing beneficial reforms to come about after sober reflection rather than as a result of unrestrained passions incited by demagogic politicians.

At first glance, Mr. Haught seems to have carried the day with his clever litany of so-called liberal victories over conservative intransigence. But close perusal, as we have done, reveals holes or rather a sieve in his arguments by which a cascade of historic mischaracterizations wash down the drain of casuistry in political philosophy.

Mr. Haught fails to account for the brutal (progressive) leftist revolutions, such as the French Revolution (1789-1795), the Russian Revolution and Soviet gulag state (1917-1991), Mao’s Cultural Revolution (1966-1976), etc., and other excesses of liberalism once consolidated. He also confuses polar opposites — i.e., classical vs. modern liberalism. Thus, his “historical record” of the supposedly unending victories of liberalism over conservatism becomes seriously flawed if not outright deceptive. Yet, with all the historic evils of humanity ascribed to conservatives, while ostensibly the liberals are the (false) knights in shinning armor, his thesis becomes laughable.

The parody, though, I admit, at first made me chuckled — until I soberly recalled the end result of unrestrained modern liberalism (progressivism) and the excesses of socialism finally incarnated in the evils of communism and the 100 million hapless victims of collectivism, exterminated by their own governments in attempting to create egalitarian workers paradises — not unlike those dystopias Mr. Haught wants to re-create with his excessive victories, but where like in George Orwell’s Animal Farm, some megalomaniac, demagogic pigs come out on top and are always more equal than others and where in the end rivers of blood flow through the stables of the collective farms and gulags of those regimes.

Miguel A. Faria, Jr., M.D., is a retired professor of neurosurgery and the author of Cuba in Revolution: Escape from a Lost Paradise (2002). His website is: www.haciendapublishing.com.

A short  and unillustrated version of this article first appeared in the Macon Telegraph, October 1, 2015.

This article may be cited as: Faria MA. The Enlightenment — A triumph of classical not modern liberalism! HaciendaPublishing.com, September 29, 2015. Available from: https://haciendapublishing.com/the-enlightenment–a-triumph-of-classical-not-modern-liberalism-by-miguel-a-faria-md/

2 thoughts on “The Enlightenment — A triumph of classical not modern liberalism!”