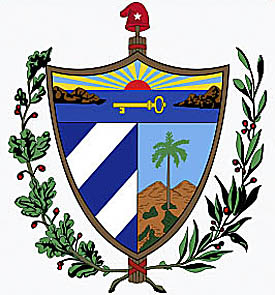 Most of us who enjoy reading books concerning our world, especially those dealing with acts of courage arising from human tragedy, find a few works that have a lasting effect on our lives, not just because of the subject, but because of the way in which it is presented. Few writers can fill the reader with an overwhelming sense of emotion that normally only comes with first hand experience. I found this in Alexandr Solzhenitsyn’s The Gulag Archipelago and Armando Valladares’ Against all Hope.

A newly released book written by a very close friend of mine, Miguel Faria, called Cuba in Revolution: Escape From a Lost Paradise, now joins the ranks of these two previously mentioned works. Dr. Faria, a retired neurosurgeon and Editor-in-Chief of the Medical Sentinel, has captured the Cuban experience and much more. We not only learn of the terror of living in a communist island gulag under the control of a criminal thug, but we also are offered solutions to our own dilemma — galloping socialism.

In the first of the book he takes us through the beginnings of the communist revolution, but through different eyes than such work is often presented, that is, from a writer who has not lived the events. We are fortunate to have an author who either personally knew, or his parents knew, many of the players in this horrifying tragedy, including the dashing revolutionary murderer, Che Guevara.

Those of us who have read many of the works on communist revolutions are familiar with the absolute terror of the knock on the door in the middle of the night, the slaughter of the founders of the revolution, trained mobs, and the bloodthirsty secret police seemly everywhere, probing in everyone’s life, looking for a hint of discontent with the new paradise. It is all there and more.

When you read a book describing the total destruction of a people, you want some sort of satisfaction, some glimmer of hope. Dr. Faria gives us this with his portrait of not only the villains and traitors, but also the heroes and the courageous, whose names and courageous acts might have gone unknown except for this magnificent book. For example, the brave alzados anticommunist fighters who took on tens of thousands of Castro’s elite troops, winning many victories, are given ample room in this book.

The stories of immense human courage, while bringing you to tears, also fills you with hope for the world, knowing that there are still men left in the world of such a caliber. Particularly touching was the story of the young Pedro Luis Boitel thrown in a prison where he was starved, beaten daily and tortured beyond human endurance for the crime of disagreeing with the supreme leader. During imprisonment his legs became infected secondary to the torture wounds. At that point he weighed a mere eighty pounds. He was denied medical attention and eventually both of his legs had to be amputated. He still refused to yield to his torturers. Not satisfied, Castro ordered him thrown in an even worse dungeon where he soon died. This story was to be repeated thousands of times.

The chapters covering Dr. Faria and his father’s escape bring realism to the story of so many Cubans. When we hear that 36,000 Cubans have lost their lives in an attempt to escape Castro’s gulag, we may shutter slightly, but there is little humanity in a number, no matter how large. We learned from the tragedy of 911 that putting a human face on a tragedy opens up a whole new reality — they are just like us. Dr. Faria gives a face to the 36,000 who have perished.

Dr. Faria also gives us an inside picture of the ill-fated Bay of Pigs invasion and the resulting emboldment of Nikita Khrushchev that led to the building of the Berlin Wall and the Cuban Missile Crisis. He also makes a most important point, that none of this would have been possible except for sympathizers in the U.S. State Department and the American media working on behalf of Castro and his henchmen. They ignored Castro’s brutality and growing stranglehold on the Cuban people.

The book contains a George Orwell quote about a hapless future in totalitarianism that I particularly like, ” Imagine a boot stamping on a human face forever.” This was especially true for the Cuban family; the State’s hobnailed boot was always pressing them down. Like Hillary Clinton and the other American socialists, Castro knew that his greatest enemy was the family, the true autonomous unit in any society — the last vestige of freedom.

As proclaimed by Hillary Clinton in her book, It Takes a Village, Castro also boldly stated that the children belong to the State. Forced labor and indoctrination disguised as education was enforced with a gun. Children were forcibly taken away from their parents at a tender age and made to do hard labor in the cane and tobacco fields. The American media saw it as Cuban patriotism, as did the useful idiot American students who travel to Cuba with the Venceremos Brigades.

Within a few short decades, Castro managed to convert a prosperous, well-educated island of mostly cheerful people into a nation of depressed, frightened, and starving peasants. Dr. Faria points out that in 1992, the average Cuban was allowed only a meager monthly food ration, consisting of 6 pounds of rice, 4 pounds of potatoes, 12 ounces of chicken and 10 ounces of beans. Starving children, who dared to sneak into the government-owned fields, were shot by soldiers. These rations have not changed much for ordinary Cubans.

One of the most emotional parts of the book is Dr. Faria’s telling of the Elian Gonzalez’s story, certainly one of America’s darkest hours. Yet, it reveals aspects of the story never told in the “major media,” that is the leftist media. Particularly telling, is the involvement of major corporations, Black Caucus and churches in assisting Castro in kidnapping a child.

Other important chapters go into dept concerning the media’s involvement in Cuba’s plight, the drug connection, Castro’s support of terrorism, the medical care hoax in Cuba, to essential role of gun control in capturing the nation, and the education (indoctrination) system in Cuba.

Now that Castro is in his seventies, and reported to be in ill health, we must consider the prospects of a post-Fidel Cuba. Dr. Faria covers the subject with great scholarship that not only explores politics and economics, but also the area of natural law. His dissertation on the political framework and the economics of liberty would make the great freedom economists Ludwig von Mises and F.A. Hayek proud.

The appendix of the book contains some valuable documents connecting Castro to international terrorism, drug smuggling, and extensive espionage in the United States. One of the documents exposes a frightening penetration of the Pentagon by a Cuban DGI agent working in a sensitive area of intelligence. This is a book that you will not want to sell or give to a friend, but rather it will be a treasure to be guarded!

Russell L. Blaylock, MD, Jackson, Mississippi. Dr. Blaylock is a member of the Editorial Board of the Medical Sentinel, the official, peer-reviewed journal of the Association of American Physicians and Surgeons (AAPS).

1 thought on “Book Review of Cuba in Revolution: Escape From a Lost Paradise. Reviewed by Russell L. Blaylock, MD”