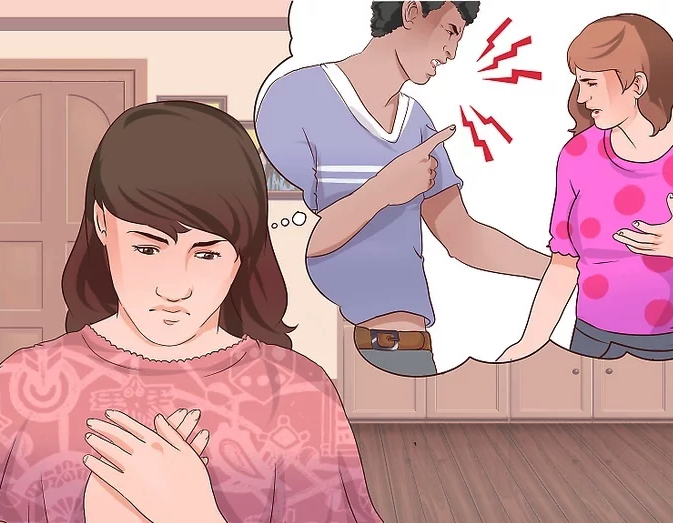 On the Bipartisan Gun Control Bill (2022) and Abusive Boyfriends by Miguel A. Faria, MD

The U.S. Senate exuberantly claims to have passed “the most significant new gun controls in a generation.” The fact is the legislation is part and parcel of the Democrats incessant march toward gun control and citizen disarmament, piecemeal. According to Dan Zimmerman, who has studied this legislation in detail, the bill calls for the implementation of “red flag” laws, $15 billion in federal funding for mental health programs and school security, and most interestingly, closes the so-called “boyfriend loophole” in cases of domestic violence by blocking gun sales purportedly to those convicted of abusing unmarried, intimate partners. The measure passed 64 to 34 with bipartisan support.

By bipartisan support, it really means that it was passed with the leadership of John Cornyn (R-Texas), and the assistance of thirteen other moderate Republicans, otherwise known as RINOs (Republican in Name Only), who cave in to every authoritarian demand made by the Democrats, not only on guns but also on welfare, taxation, erosion of liberty, and everything else. They forget Margaret Thatcher’s dictum that “consensus is the negation of leadership.” They also ignore the fact that in Planning for Freedom (1962), Ludwig von Mises observed that “the middle of the road leads to socialism.” Authoritarian socialism with loss of individual freedom is indeed what we have been getting!

I will limit my discussion to one aspect of this legislation, namely the supposed closure of the so-called “boyfriend loophole” as it affects women. And to explore this topic, I would like to revisit the experience of domestic violence, women abused by abusive boyfriends and husbands, comparing our American experience to New Zealand, Australia and Great Britain, countries that have dealt with this issue with stringent gun control.

But before doing so, I must categorically state that the term “abusive boyfriend” must be clearly defined in the legislation so that it does not, like with red flag laws, deprive individuals of their legal rights because of innocent misunderstanding or malignant accusations, that frequently occur between lovers trying to get even in domestic disputes.

New Zealand and Australia like to brag about their purported success with gun control — essentially all guns in Australia, and the banning of military-style semiautomatic firearms in New Zealand. Their self-congratulatory pronouncements are more imaginary than real. Gun buyback programs have not been a total success and violent crime persists in Australia, as it does in Great Britain and threatens to do in New Zealand.

New Zealand passed draconian gun control laws in April of 2019 in the aftermath of the Christchurch mosque shooting. Australia had done the same after the Port Arthur, Tasmania, tragedy of April 28, 1996, when a crazed assailant opened fire and shot 35 people. Many New Zealanders in 2019 reacted just as Australians did in 1996. Passions were high and the government reacted quickly and without serious deliberation. Draconian gun legislation thus was passed in the heat of the moment in both countries. Now, the ban on firearms and the disarmament of ordinary Australians has left criminals free to roam the countryside as they please. Bandits, of course, kept their guns. Like in America, only the law-abiding by definition obey the law. The Australian government has responded to persistent violent crimes by passing more laws, and just two years later in 1998 Bowie knives and other knives and items, including handcuffs, were banned.

In Australia today, police can enter one’s house and search for guns, copy the hard drive of a computer, seize records, and do it all without a search warrant. It’s the law that police can go door to door searching for weapons that have not been surrendered in their much-publicized gun buyback program. They used previous registration and firearm license lists to check for lapses and confiscate non-surrendered firearms.

And the Australian ban has also made it more difficult for women to be safe from predators or abusive partners. As noted in The Samurai, The Mountie, and The Cowboy by Dave Kopel, 25% of all homicides are spousal killings with 75% of men doing the killing. Australian men are less likely to use guns because bare physical force frequently suffices when killing their wives or girlfriends. Again 25% of men use no weapon at all.

On the other hand, women most frequently use a gun to defend themselves from abusing husbands, boyfriends, or sexual predators. Now with the strict gun ban, it is more difficult for women in Australia to defend themselves. This situation is somewhat similar to the U.S. experience that men can kill during domestic violence with whatever tool is around, if not the bare hands and feet, but women need guns to protect themselves.

Therefore, the Australian experience is that banning firearms leaves women defenseless in the face of abusing husbands or boyfriends — men who ultimately end up killing them. In my book, America, Guns, and Freedom (2019), I also cite examples of women being killed by abusive husbands and boyfriends in the U.S. while waiting to obtain the firearms they bought because of waiting periods and prolonged background checks.

As in Australia, British women have been disproportionally affected, with assault and rapes leading the crime wave. To make matters worse, women cannot defend themselves. In Great Britain, self-defense is not a valid reason to use weapons of any type. The only fully legal, self-defense product currently allowed there is the rape alarm. Women have been instructed not to even display a knife or any other weapon in order to ward off a potential assailant.

With these absurdities in the law, women continue to add to assault, murder and rape statistics, hapless victims, with no right to armed self-protection. When confronted by a rapist, British women have been instructed to run, and if outrun, to shout. The use of any type of weapon to fend off home invasion or to deter a rapist — knives, or God forbid, guns — is strictly forbidden. If all else fails, the only item that a woman is permitted to use is a rape alarm!

This is the status, or rather the nadir, of absurdity and injustice that human dignity has reached for law-abiding citizens in Great Britain. Criminals are coddled, while alleged social and economic inequalities are proposed as justifications for their crimes. Sadly, we have seen some of this occurring in the United States in the wake of the COVID-19 “pandemic” and the “peaceful protestors” in the George Floyd riots.

And returning to the even larger issue, the $64,000 question is whether citizens, particularly women of the Anglosphere nations, will wake up from their slumber, break away from authoritarian leftist parties that take them for granted, and instead join conservative parties of freedom. And once they join the freedom parties, select men and women who will not compromise freedom for the sake of consensus or bipartisanship — but always stand tall for liberty and individual rights!

That alone will go a long way, at least in the United States, to help women regain and/or preserve their dignity and their natural rights to life, liberty and the pursuit of happiness in an increasingly uncertain and dangerous world — and perhaps in time to make a difference in the crucial, upcoming congressional, midterm elections in November.

This article may be cited as: Faria MA. On the Bipartisan Gun Control Bill (2022) and Abusive Boyfriends. HaciendaPublishing.com, June 25, 2022. Available from: https://haciendapublishing.com/on-the-bipartisan-gun-control-bill-2022-and-abusive-boyfriends-by-miguel-a-faria-md/.