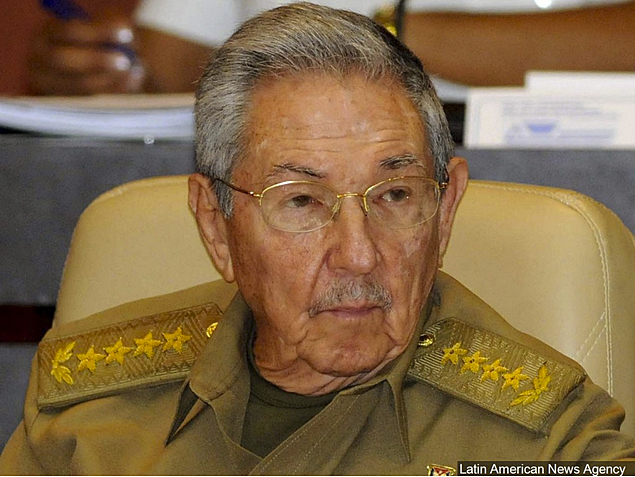 Who is Raúl Castro? (Part I)

Raúl Castro, the 70-year-old, younger brother of dictator Fidel Castro, has been publicly anointed successor to the Maximum Leader, and there is no reason to believe that leadership and the spoils of Cuban infamy will pass to anyone else in the Cuban hierarchy, unless Raúl’s demise precedes that of his ailing 75-year-old, but still charismatic, brother.

Indeed, in my series of articles on the fall of Fidel Castro recently published on LaNuevaCuba.com and NewsMax.com, there is considerable evidence the Cuban people should be preparing for the unexpected and that they should be arming themselves with political information for the awaited final moment.

Raúl Castro is a sanguinary leader, and although he has perpetually played second fiddle to and flatterer of his older brother, the younger Castro has always been a feared hard-liner. This year he even warned the United States that they better deal with Fidel before he dies, rather than with him, Raúl, after he assumes power. Raúl Castro is minister of Armed Forces, second secretary of the Cuban Communist Party and first vice president of the Council of State. He holds these posts because he is the only person Fidel has fully trusted, other than Celia Sánchez, Fidel’s secretary and comrade-in-arms since the Sierra Maestra days who died of cancer in 1980.

Raúl is the youngest of the three Castro brothers, brothers who as youngsters were expelled from the first school they attended because, as the priest told their Galician father, Angel Castro, they were “the three biggest bullies” to ever attend that Christian school. Like Fidel, Raúl later attended the Jesuit School of Colegio Dolores in Santiago and Colegio de Belén in Havana. While Fidel studied law, Raúl, as an undergraduate, studied social sciences.

In February 1953, Raúl Castro flew to Vienna and participated in the Soviet-organized World Youth Congress. He then traveled behind the Iron Curtain, visiting Rumania, Hungary and Czechoslovakia. On his return to Havana, Batista’s police confiscated notes expressing solidarity with the communist-bloc nations he had visited and the Soviet system. Later that same year, Raúl joined his brothers revolutionary movement, and participated in the 26th of July Moncada Barracks attack in their native Oriente province.

The day of this attack, July 26, 1953, gave the name to their insurrectionary movement and became the most sacred day of the Revolution. The ill-conceived Moncada Barracks attack — carried out by a group of combatants, most of whom were not even informed about the upcoming attack until the night before — was an utter failure. Raúl Castro was in the third vehicle, which stormed the Palace of Justice.

After the rebels were routed, Raúl and Fidel fled. Both of them were later captured unharmed and without resisting arrest. The Castro brothers survived the fierce reprisals of Batista’s army and police because of the intercession of the Archbishop of Santiago, Mons. Enrique Pérez Serantes, who was a Galician and a friend of Angel Castro. He protected the Castro brothers after their arrest.

Why the bloody reprisals by Batista’s soldiers? Because out of the estimated 160 combatants who participated in the assault, a number of them, including the two women, Melba Hernández and Haydeé Santamaria, and their groups leader, Abel Santamaria, massacred a number of soldiers they found in the hospital infirmary, which they had successfully stormed and occupied.

The majority of the 22 soldiers who died in the Moncada Barracks attack were killed, in fact, as they lay in their hospital beds. Eight of the assailants died in the main shootout; the rest of the deaths, another 56 of the assailants, died in brutal government reprisals, many of them after being tortured by government officials. Nevertheless, the vast majority of the rebels survived. Of those who went to trial, 29 were found guilty and sentenced from seven months to 13 years in prison. The two women received light sentences. The rest were acquitted and released.

The Castro brothers (and the rest of the conspirators who were still in prison) served only 18 months in Batista’s relatively comfortable and new Modelo Prison on Isla de Pinos before being released in Batista’s General Amnesty of May 1955. Raúl followed his brother Fidel to Mexico where they planned the armed invasion of Cuba via the famed Granma expedition of December 1956. When it came to administering “justice,” Raúl was always the ardent executioner, and wayward revolutionaries, even while still in Mexico, were disciplined by the younger Castro. On orders of Fidel, Raúl executed at least one revolutionary who was accused of being a traitor. At that time, the revolutionaries had no firing squads and a single pistol shot to the back of the head sufficed for the administration of revolutionary justice.

It was Raúl who met Ernesto “Ché” Guevara in Mexico City in 1955 and brought him into Fidel’s circle of revolutionaries. In Mexico, Raúl established, or rather re-established, contact with Soviet KGB agent Nikolai Leonov, whom he had met two years earlier during his trip to the Soviet-bloc nations. That relationship would persist until the Castro brothers successfully seized and consolidated power in Cuba.

During the war in the Sierra Maestra (1957-1958), Raúl was made comandante by his older brother and successfully opened a second, eastern front in the Sierra de Cristal Mountains in northern Oriente. It was at this time that his words and deeds gained him a reputation that even surpassed that of his older brothers for being “impetuous and violently anti-American” and for possessing a “killer instinct.” Along with Ché Guevara, Raúl’s notoriety in the Sierra Maestra would also grow for dispensing swift and severe revolutionary retribution via firing squads for those suspected of collaborating with Batista security forces or accused of treason.

Indeed, after the triumph of the Revolution in January 1959, Raúl personally supervised the execution of over one hundred police and military officials and Batistiano soldiers. The prisoners were shot and the corpses thrown directly into trenches and buried in mass graves outside Santiago de Cuba. Father Jorge Bez Chabebe presided over one of these ghastly and sanguinary executions, one in which 71 Batistianos were shot in a single night!

Yet, Raúl was able to mix the business of the Revolution with pleasure. Amid the hunting down of Batistiano officials, presiding over the Kangaroo trials, and directing the brutal executions, Raúl found time to marry his fiancée, Vilma Espín, the aristocratic daughter of a wealthy rum distiller. Espín had studied at and obtained a degree in chemical engineering from MIT. She had been a 26th of July movement urban operative and had fought next to Raúl and his barbudos in the Sierra Maestra Mountains.

Once the Fidelista communists had consolidated power and had begun purging anticommunist revolutionaries from their ranks, Raúl became head of the Armed Forces, and he quickly followed the Soviet model for the reorganization of the military. The Ejercito Rebelde (“Rebel Army”) became the Fuerzas Armadas Revolucionarias (FAR; “Revolutionary Armed Forces”). The FAR’s motto proclaimed by Raúl was revealing of the autocracy that was to come: “At your orders, commander-in-chief, for no matter what, no matter where, and under all circumstances.”

Contact with KGB agent Nikolai Leonov was once again re-established, and it would be Raúl Castro and not the Cuban Ambassador to the U.S.S.R., Faure Chomón,* who arranged for friendship and close ties with the Soviets. Early in the 1960s, heavy equipment and arms began to be shipped from the USSR and eastern satellites to Cuba.

To be continued in Part II.

* Faure Chomón had been a key leader in the Revolutionary Directorate (RD), the 13th of March movement, a fiercely anti-communist student group that also fought tenaciously against Batista. Curiously, despite their audacious exploits, this organization and its leaders were ignored by the U.S. media and the U.S. State Department. As far as they were concerned, during the critical years 1957-1958, Fidel and Raúl and the 26th of July barbudos were the only game in town.

Miguel A. Faria Jr., M.D., is editor-in-chief of the Medical Sentinel of the Association of American Physicians and Surgeons (AAPS), author of “Vandals at the Gates of Medicine” (1995) and “Medical Warrior: Fighting Corporate Socialized Medicine” (1997), and a contributor to NewsMax.com and a columnist for LaNuevaCuba.com. Advance copies of his book, “Cuba in Revolution — Escape From a Lost Paradise,” will be available in the fall 2001. Web site: https://HaciendaPublishing.com.

This article may be cited as: Faria MA. Who is Raúl Castro? (Part I). HaciendaPublishing.com, August 15, 2001. Available from: https://haciendapublishing.com/who-is-raul-castro-part-i/