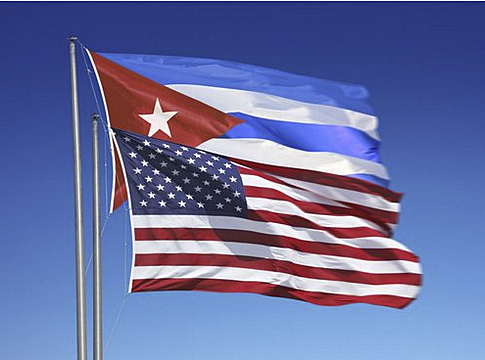 On April 22, 2000, the Miami home of a Cuban-American family was raided by heavily armed INS agents, and the child Elián González was forcibly removed from the loving home and delivered to the hands of his communist father. The child was then taken back to the living hell of communist Cuba, one of the last remaining Stalinist bastions in the world. The forced repatriation was carried out by the Clinton administration in accordance with the wishes of Cuban dictator Fidel Castro.

The Cuban-American community, not only in South Florida but also all over the United States, was demoralized by this sad ending to the saga. But the Cuban exiles, peaceful and law-abiding, swallowed the bitter pill of disappointment and vowed to get revenge, American style, via the ballot box — and they got it. In the highly contested presidential election of November 2000, they went to the polls in droves and voted heavily for the Republican candidate, George W. Bush, carrying the state of Florida by a razor-thin margin that decided the election.

After the inauguration, the disappointments began anew. President Bush continued the Cuba policies of Bill Clinton and the repatriation of Cuban refugees who escape communism on the high seas. This was the continuation of the Immigration Accord of 1995, which Bill Clinton decreed and is known as “the wet feet, dry feet” refugee policy.

This policy continues, not merely with the blessings but the support of the Maximum Leader, Fidel Castro. This accord virtually places the U.S. Coast Guard at the disposal of Castro, enforcing the wishes of the communist dictator. After four decades in power, the aging autocrat still insists that Cubans must remain within the confines of his totalitarian island prison.

Thus this egregious immigration accord effectively continues to circumvent the intent of Congress and what formerly had been the law of the land, the Cuba Adjustment Act of 1966, that had granted automatic asylum to Cuban political refugees seeking liberty in the United States.

In May, on the centenary of Cuban independence, President Bush solemnly proclaimed in a White House ceremony, “The sanctions our Government enforces against the Castro regime are not just a policy tool; they are a moral statement. My administration will oppose any attempt to weaken sanctions against Cuba’s government — and I will fight such attempts until this regime frees its political prisoners, holds democratic, free elections, and allows free speech.”

These words turned out to be somewhat hollow. Although President Bush has not weakened the sanctions already in place, on July 16, to the chagrin of all citizens who yearn for Cuban freedom, he suspended Title III of the Cuban Liberty and Democratic Solidarity Act (Helms-Burton law).

As Jeff Jacoby of the Boston Globe explained, “After seizing power in 1960, Fidel Castro nationalized — that is, stole — foreign owned private property in Cuba. According to the Justice Department’s Foreign Claims Settlement Commission, the property confiscated from American owners — houses, banks, mines, real estate — was valued at more than $1.8 billion in 1960.”

Indeed, the Maximum Leader began to sell this property to Mexicans, Canadian, Spanish and other European companies, amassing a personal fortune, which has been estimated by Forbes magazine to approximate $1.4 billion.

Title III of Helms-Burton was intended by Congress to punish those dealing in stolen property, U.S. stolen property. If Title III had been enforced since its inception in 1996, it would have been more difficult for foreign firms to do business in Cuba. It would also have been very difficult for Fidel Castro to remain in power and amass his vast personal fortune, particularly after the collapse of the Evil Empire in 1991, which had been keeping him afloat. Title III would have given teeth to the law, but Clinton, and now Bush, have suspended this provision, so that the law has never been in effect.

And then on Wednesday, on the eve of the anniversary of the most sacred date of the revolution, July 26, the anniversary of the Moncada Barracks attack, the attack that initiated the insurgency against Fulgencio Batista in 1953, the U.S. House of Representatives voted to lift restrictions on travel to Cuba by U.S. citizens. The measure goes now to the U.S. Senate.

Travel restrictions, like the embargo, are porous but have served their purpose: To isolate the dictatorship. U.S. citizens can already travel to Cuba by getting a special visa from the Treasury Department, which provides access for journalists, government officials, members of academia, people traveling on humanitarian missions, etc., to the workers’ paradise.

While it is true that the U.S. economic embargo against Cuba has failed to oust the dictator, it has been the only weapon the U.S. has been willing to use in recent years against the regime of the Maximum Leader. The embargo has forced Castro at times to let up on the persecution of dissidents, accept some minimal economic reforms, such as allowing campesinos (peasants) to sell a few extra crops and families to open a few restaurants, and allowing U.S. dollars to circulate in the island.

And perhaps, most importantly, the embargo has curtailed resources and limited the amount of subversion and revolution that the Cuban dictator has been able to export in recent years to Latin America.

Title III of the Helms-Burton law must be allowed to take effect, the embargo must continue, and the U.S. House of Representatives’ ill-conceived easing of sanctions and travel restrictions at this critical time must be reconsidered. Fidel Castro, aging and ailing, may not be around for long. Ending the embargo and easing restrictions will only permit the next generation of Cuban communists to consolidate power and perpetuate totalitarianism after Fidel and Raul Castro are gone.

The cause of liberty should not be sacrificed on the altar of a ruthless communist dictatorship for Fool’s Gold — namely, monetary gain for a few large commercial enterprises, which are willing to place profits ahead of Cuban freedom and human dignity.

Miguel A. Faria Jr., M.D., is editor-in-chief of the Medical Sentinel of the Association of American Physicians and Surgeons (AAPS), author of “Vandals at the Gates of Medicine” (1995); “Medical Warrior: Fighting Corporate Socialized Medicine” (1997); and “Cuba in Revolution: Escape From a Lost Paradise” (2001). He is also a contributor to NewsMax.com and a columnist for LaNuevaCuba.com.

This article may be cited as: Faria MA. U.S.-Cuba Policy: Betraying Friends for Fool’s Gold. Newsmax.com, July 27, 2001. Available from: https://haciendapublishing.com/u-s–cuba-policy-betraying-friends-for-fools-gold/.