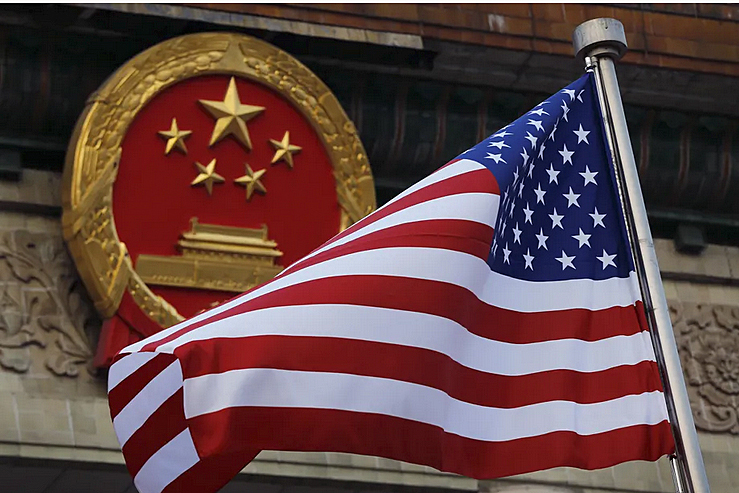 Wake Up America: Communist China Is Our Enemy by Jeff Crouere

In 1972, President Richard Nixon visited mainland China, opening the door for diplomatic relations between the two countries. It was a dramatic visit, as Nixon became the first United States President to visit the communist nation.

Nixon met with Chinese dictator Mao Zedong, who is considered the world’s greatest mass murderer. During the “Great Leap Forward,” between 1958 and 1962, over 45 million Chinese were killed of starvation, torture and other barbaric methods.

After Nixon opened the door to better relations, President Jimmy Carter formalized diplomatic relations in 1979 and adopted the “One China” policy, ending normalized ties with the independent and free country of Taiwan.

In 1989, the Tiananmen Square massacre showed the world what the communist Chinese really thought of freedom. An unknown number of student demonstrators were brutally killed. While the United States and other countries froze relations and ended military sales to China, no concrete actions were taken to stop their oppressive policies.

During the Bill Clinton administration, Chinese efforts to steal our military technology were finally recognized, but the country was not penalized for their actions. In fact, they were rewarded by the United States normalizing trade relations and allowing China to join the World Trade Organization in 2001.

Since that time, trade has flourished between the two countries, but the Chinese have been the major beneficiary. Our trade deficit with China ballooned to a record high of $418 billion in 2018. The country has used our massive trade deficit to bolster not only their economy, but also their military.

After aggressive trade policies, including tariffs were implemented by President Donald Trump, the deficit dropped to $310 billion in 2020, the lowest in a decade. Unfortunately, President Joe Biden did not adopt those tough policies. His administration has a much more conciliatory tone toward the communist dictatorship.

Biden embarked on this approach despite the harsh reality of what China did to the world over the past two years. In late 2019, evidence is overwhelming that China unleashed the COVID-19 virus, either purposely or by accident, from a biological laboratory in Wuhan.

China is preventing conclusive proof from being established about the origins of the disease by refusing to work with investigators from the World Health Organization. This investigation is necessary to determine conclusively how COVID-19 started and what can be done to prevent future pandemics.

China’s refusal to participate speaks volumes about their involvement in this disaster. The pandemic has caused the deaths of 5.3 million people across the world, including almost 800,000 people in this country. It has also led to trillions of dollars in economic damages worldwide.

Along with the responsibility for the COVID-19 carnage, China is the major manufacturer of fentanyl, a powerful synthetic prescription opioid that is illegally sold in the United States. In the twelve-month period ending in April 2021, over 100,000 Americans died from drug overdose deaths. This was an increase of 28.5% from the previous year. Sadly, many of these deaths were from fentanyl overdose.

China supplied both the pandemic and the drugs which have killed almost one million Americans in the last two years. In addition, an untold number of people in China are being killed by their brutal communist government.

China has continued to oppress the Tibetans and the Muslim Uyghurs. The government also crushed the recent freedom movement in Hong Kong, imprisoning the leaders of the human rights campaign.

China is also regularly invading the territorial airspace of Taiwan by flying their military planes over the country. This is sending an unmistakable message that China intends to invade the island nation. When that happens, the worldwide response will be weak, exactly what China has experienced for decades.

As China engages in these reprehensible behaviors, Americans continue to buy goods manufactured by slave labor in China. Any inspection at a typical Walmart store will find countless items manufactured in China.

Instead of benefitting communist dictators, Americans should buy products made in this nation. We must start to show allegiance to our workers and our companies and economically punish those corporations like Nike and Apple which have moved so much of their manufacturing to China. These corporations are not alone, for decades, American factories have been closing and Chinese companies have been manufacturing an increasing number of our consumer goods.

We must buy American, because in communist China workers are not free. There is not only slave labor, but a continuation of child labor.  In China, citizens enjoy no religious or political freedom. There is no opportunity to assemble or protest. There is only one political option, the communist party. Citizens have no choice in elections. A free press does not exist in China. In fact, there is no free flow of information on the Internet, which is heavily censored by the Chinese government.

Unfortunately, major institutions in the United States have sold their souls to the communist dictators. One example is the National Basketball Association (NBA). Fortunately, one NBA player, Enes Kanter Freedom has courageously condemned the communist Chinese for their heinous repression. Yet, he stands practically alone among professional athletes.

Soon, the United States will participate in the 2022 Beijing Olympics, but such involvement is immoral. While Biden has issued a meaningless “diplomatic” boycott, the dangerous situation demands a full boycott of our athletes, and our broadcast media networks. China should not be enriched for their reprehensible behavior. The United States should boycott the 2022 “genocide” games in Beijing.

As the communist government of China has prospered, the people have not been afforded more rights. In fact, the Chinese dictatorship is repressing their people even more today. Chinese citizens are now graded on social credit scores to make sure they are acting in accordance with the wishes of the all-powerful state. If not, they are penalized.

It is time for America to penalize a nation that does not value human rights. It is time to stop treating the communist Chinese as our friends.

1 thought on “Wake Up America: Communist China Is Our Enemy by Jeff Crouere”