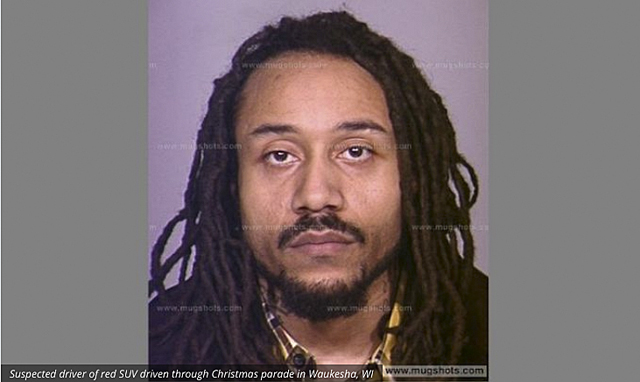 Criminals, Guns, and the Right to Self-Defense by Miguel A. Faria, MD

Darrell Brooks, the 39-year-old criminal who plowed through a Christmas parade in Waukesha, Wisconsin, had been arrested on November 2, 2021 for assaulting and running over the mother of his child. By November 16, Brooks had been released on a mere $1,000 bail, and less than a week later he plowed through the Christmas parade, killing six people and injuring dozens of others.

Like many other repeat offenders, who are continuously being released, Brooks is a sex offender with a long criminal record stretching back two decades. Brooks’ release allowed him to perpetrate this heinous act.

As a result of our permissive criminal justice system, citizens nationwide now live in fear because of the thousands of criminals with lengthy rap sheets who have been released back into society and who soon after commit atrocious crimes.

The CDC and the Public Health Establishment

The public health establishment, that should have been protecting the public from contagious diseases, instead has contributed to the permissiveness of the criminal justice system and has even shifted the blame for “gun violence” from criminals to law-abiding citizens, who seek to own firearms to protect themselves and their families.

A favorite view of the public health establishment (PHE) has been the myth propounded by Dr. Mark Rosenberg, former head of the National Center for Injury Prevention and Control (NCIPC) of the CDC, who wrote, “Most of the perpetrators of violence are not criminals by trade or profession. Indeed, in the area of domestic violence, most of the perpetrators are never accused of any crime. The victims and perpetrators are ourselves — ordinary citizens, students, professionals, and even public health workers.”

That statement is contradicted by available data, government data. FBI statistics reveal that 75 percent of all violent crimes for any locality are committed by six percent of hardened criminals and repeat offenders; and the typical murderer has had a prior criminal history of at least six years with four felony arrests in his record before he finally commits murder. Less than one to two percent of crimes committed with firearms are carried out by licensed (e.g., concealed carry permit holders) law-abiding citizens.

Criminologists point out that criminals do make quick “risk‑versus‑benefit” assessments about the looming, potential threat of a concealed carrier possibly being nearby. Thus, criminological studies consistently reveal that just the knowledge that one in five or six citizens in a public place could very well be armed can deter crimes and could very well avert massacres.

According to government data, including the FBI Supplementary Homicide Report, there are approximately 400 felons killed by police officers or justifiable homicides yearly in the U.S. In 2012, for example, there were 426 such justifiable homicides. Yearly, armed citizens shoot and kill more criminals than police, at least twice as many. Professor Gary Kleck found that good citizens kill between 606 to 1527 attackers and violent criminals in self-defense (or in justifiable homicides) every year. Citizens in fact have a better track record than the police in shooting the bad guys: “Only two percent of civilian shootings involved an innocent person mistakenly identified as a criminal. The ‘error rate’ for the police, however, was 11 percent, more than five times as high.”

The reason citizens do a better job than the police is because they are already on the scene. They witnessed what happened or were the actual victims, so they know who the bad guys are, while the police enter a scene in progress and must make judgments that occasionally turn out to be wrong.

Of particular interest to women and self‑defense, “among those victims using handguns in self‑defense, 66 percent were successful in warding off the attack and keeping their property. Among those victims using non‑gun weapons, only 40 percent were successful.” The gun is a great equalizer for law‑abiding citizens in self and family protection, particularly women, when they are accosted in the street or when they are defending themselves and their children at home.

In Macon, Georgia, we had the dramatic case of a businesswoman and grandmother, who was attacked by two thugs bent on robbing her and perhaps even raping and killing her. They followed the woman home at 1:30 a.m. as she left her convenience store business. The thugs pulled guns on her and demanded cash as she sat in her car. However, the grandmother was armed. Shots were exchanged. The woman wounded one assailant, who was later apprehended as he rushed to a local hospital. The other criminal also fired shots at her, but escaped. She was safe and sound. “I carry a gun all the time,” she told a local newspaper reporter!

Of course in the southern United States this grandmother is a heroine and no one would consider prosecuting her. That is not necessarily the usual course of events in other states or countries. For example, in England, the British subject Tony Martin, a farmer, defended his home and possibly his life. He shot a burglar, who was a known dangerous criminal, and for this act of self-protection in his own home, Martin spent time in prison. Thereafter, fearing for his life and losing all his worldly possession, he was forced to live in his car!

We must preserve our Constitution, the Second Amendment, and the right to self and family protection from the hardened criminals who have been released onto the streets by the same government that cannot protect us and yet, seeks to disarm us and deny our rights to life, liberty, and the right to keep and bear arms!

Miguel A. Faria, M.D. is Associate Editor in Chief in neuropsychiatry; socioeconomics, politics, medicine, and world affairs of Surgical Neurology International (SNI). Author of Cuba in Revolution: Escape From a Lost Paradise (2002). This article is excerpted, updated, and edited from his book, America, Guns, and Freedom: A Journey Into Politics and the Public Health & Gun Control Movements (2019).

This article was originally published on GOPUSA.com on December 9, 2021.

This article may be cited as: Faria MA. Criminals, Guns, and the Right to Self-Defense. GOPUSA.com, December 9, 2021. Available from: https://www.gopusa.com/criminals-guns-and-the-right-to-self-defense/.