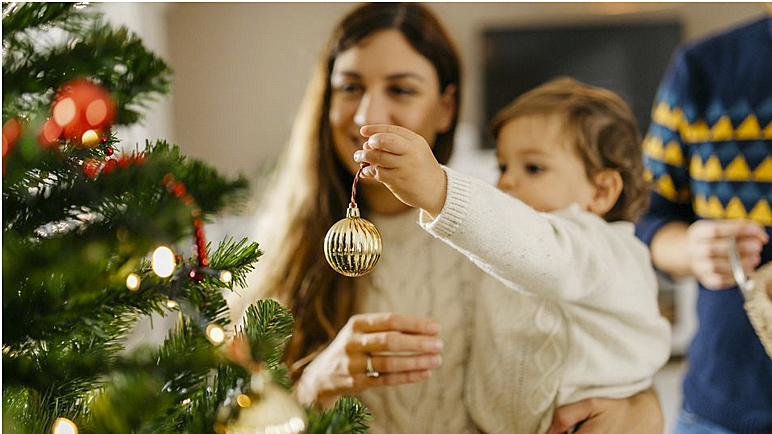 Christmas — A Time of Joy and Reflection!

Like the months of the year and the days of the week, whose names come down to us from ancient and antediluvian times, many of the symbols of Christmas predate Christian times.

Christmas, “Christ’s Mass,” in our calendar represents the feast of the nativity of Jesus Christ, which according to Clement of Alexandria (c. A.D. 215) took place on either December 25 or January 6. That is why in some countries, like Spain and in Latin America, gift-giving takes place at Epiphany (January 6) rather than on Christmas Day as in most English-speaking countries. And yet, in ancient Rome, pagan priests celebrated the Saturnalia, dedicated to the god Saturn, from December 17 to 23, while December 25 was extolled as the renewal of Sol Invictus (“Unconquered Sun”). The northern tribes across the Danube celebrated the winter solstice (Dec. 21) as the Festive of Yule.

For ancient Germans, holly, pine branches, and other evergreens possessed magical power for their ability to remain green through the inclement winters of the northern regions, becoming symbols of eternal life. The Christmas tree, “Christ-tree,” originated in Germany, as “paradise trees,” decorated pine branches, and were carried in processions announcing miracle plays based on the lives of holy saints.

It was not until the nineteenth century, after Queen Victoria (and her family) appeared in a picture in The Illustrated London News around a large Christmas tree with many little candles and brilliant decorations, that Christmas celebration achieved overwhelming popularity.

Carols and noel came down to us from the Latin natalis, “the birthday,” thence the Spanish Navidad, the French Noël, the English Noel and “Christmas carol.” These songs of joy originated in France – perhaps sung by the romantic, knight-errant troubadours. The nativity scene, the crèche, originated around 1200 in Alpine Italy from where it spread to Germany and the U.S.

The gift-giving tradition originated in pagan Rome where citizens exchanged presents in the New Year. Centuries later in Spanish-speaking countries, including Cuba before the Revolution, the children went to bed the night before anticipating the many gifts they would receive on the morning of January 6 from the Magi — Melchior, Gaspar and Balthazar, the “Three Wise Men of the East” — reflecting the tradition of bringing the precious gifts of gold, frankincense, and myrrh to the Baby Jesus.

In Greece, St. Nicholas (of Myra) dropped gifts down chimneys on December 6. St. Nicholas became our jolly Santa Claus (Claus being the diminutive form of the German Nikolaus), first popularized in New York City in 1809 by the writer Washington Irving. Gift-giving, though, only became commonplace on Christmas Day in the U.S. late in the nineteenth century.

Sadly, Christmas has been criticized as a time of excessive merry-making; for excessive commercialization and “profit-making”; and when its symbols are displaced in public places, inveighed still by others for breaching the alleged “wall of separation of church and state,” a clause that does not appear anywhere in the U.S. Constitution or any of our founding documents.

If the tough Romans of pagan times banned wars during the Saturnalia, can we at the very least, reach out to each other in friendship and beneficence during the holidays?

Religious or not, we all have reasons to be grateful and to celebrate this Christmas, a transcendental time of reflection that warms the heart and uplifts the soul, a time of joy and forgiveness, a time for family and friends.

Miguel A. Faria, M.D. is Associate Editor in Chief in neuropsychiatry; socioeconomics, politics, medicine, and world affairs of Surgical Neurology International (SNI). Author of Cuba in Revolution: Escape From a Lost Paradise (2002). This article is excerpted, updated, and edited from his book, America, Guns, and Freedom: A Journey Into Politics and the Public Health & Gun Control Movements (2019).

This article was originally published in the Macon Telegraph, December 29, 2002.

This article may be cited as: Faria MA. Christmas — A Time of Joy and Reflection! HaciendaPublishing.com, December 20, 2021. Available from: https://haciendapublishing.com/christmas–a-time-of-joy-and-reflection/.