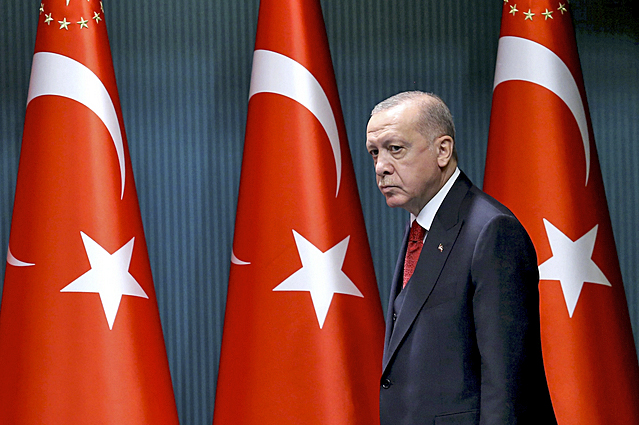 Turkey and the Armenian genocide: Attacking friends and rewarding enemies!

Genocide is defined as the systematic extermination of a racial, ethnic, religious, or national group by government. Democide was defined by Professor R.J. Rummel as the political killing of people by their own government. The terms though are related by infamy and cruelty, and at times are difficult to differentiate. The Nazis, for example, conducted genocide against the Jews (who had lost their German citizenship), as well as democide against their own disabled German citizens (“useless eaters”) via the Nazi euthanasia programs before the war.

Yes, the people were identified, disarmed, demonized, corralled, and then exterminated. Yes, the Nazis carried out genocide efficiently, but the Soviet communists improved democide by working prisoners to death in the gulag until they dropped from starvation and exhaustion. Aleksandr Solzhenitsyn described the methodology perfectly in his masterpiece, The Gulag Archipelago. But where am I going with this?

Enter President Barack Obama, who has joined his friend, Pope Francis, and the European Parliament in the latter’s yearly condemnation of the Armenian genocide by the Turks. As the proverb says, “of the fallen trunk, all make kindling.” For the pope, it may be his duty: The Turks did deport or massacre 1.5 million Armenians, not in recent years, but during World War I, when the Turks feared that the Christian minority might assist the Russian enemy. The Turks say it was war and as such both Turks and Armenians died.

Modern Turkey straddling East and West has been a secular nation thanks to the legacy of its founding father, Atatürk; a staunch Western ally during the cold war; and a member of NATO. Neither the European Union leaders nor Obama appear to understand the importance of Turkey in the age of Islamic fundamentalism and the fact the Turkish government is under tremendous religious pressure to go the way of Iraq and Iran.

Is Obama trying to give Turkey a push, just as another Democrat president, Jimmy Carter, did with Iran in 1979, when America’s pivotal friend in the Middle East, the Shah Mohammad Reza Pahlavi, was overthrown and a militant Islamic Republic was created with 60 American hostages taken?

Question: Why is it that the Democrat administrations attack our friends and reward our enemies?

Question: Why hasn’t Obama defended Christians, persecuted and exterminated in foreign lands, not in the past but today, for example, Christians in China, Sudan, Egypt (Coptic Christians), and in many other communist or Arab nations?

Question: Why not focus on those regimes that are not only unfriendly to the U.S., but also have worse human right records?

Here is a brief list[1,2] of other past and present offenders who Obama could have rightly condemned:

Our last remaining friendly and influential Islamic nation in the Middle East is Turkey. Why not leave her alone, as she contends with Islamic extremists, Kurds, Iranians, even communists, not to mention a restive population, and select a dictatorship still in business from the above list? It has been said that Turkey should “come to terms with its past,” but has Russia or China?

And what about communist Cuba and her reigning dictator, Raúl Castro? At least 40,000 Cubans have died as a result of the communist democide; Christians are not free to worship; and 2 million Cubans live in exile. Instead in order to resume relations, the U.S. has given away the store, for which Raúl Castro has given nothing in exchange, except to call Obama “an honest man!”

Obama has said nothing about the crimes of the Cuban communist government, which since 1959 has exterminated or caused the death of at least 45,000 Cubans accused of being “counter-revolutionaries” or attempting to flee the nightmare of the workers paradise.[2,5] And the Cuban dissidents are still persecuted. In return, Americans will be subsidizing trade and loans that the Cuban government will not pay back, and the U.S. taxpayers will be left to foot the bill, as has happened to other nations trading with Cuba.[6]

For Turkey then, with a friend like Obama’s America, who needs enemies?

1. Figures compiled from various sources including Genocide Watch; Death by Government (1994) by Professor R.J. Rummel; The Black Book of Communism (1999) edited by Stéphane Courtois; Lethal Laws (Jews for the Preservation of Firearm Ownership, 1994) by Simkin, Zelman and Rice; and Cuba in Revolution: Escape from a Lost Paradise (2002) by Miguel A. Faria, Jr. M.D.

3. The book, Mao: The Unknown Story by Jung Chang and Jon Halliday (2005), is recommended. Review available from: https://haciendapublishing.com/mao-tse-tung-the-unknown-story-of-how-the-chairman-led-china-to-communist-hell/

4. The book, Death of a Dissident: The Poisoning of Alexander Litvinenko and the Return of the KGB by Alex Goldfarb with Marina Litvinenko (2007), has an excellent description on the Russian war against the Chechens.

Miguel A. Faria, Jr., M.D. is Clinical Professor of Surgery (Neurosurgery, ret.) and Adjunct Professor of Medical History (ret.) Mercer University School of Medicine. He is an Associate Editor in Chief and World Affairs Editor of Surgical Neurology International (SNI, and the author of Cuba in Revolution: Escape From a Lost Paradise (2002). His website is http://www.haciendapub.com.

This article can be cited as: Faria MA. Turkey and the Armenian genocide: Attacking friends and rewarding enemies. HaciendaPublishing.com, April 25, 2015. Available from: https://haciendapublishing.com/turkey-and-the-armenian-genocide-attacking-friends-and-rewarding-enemies/