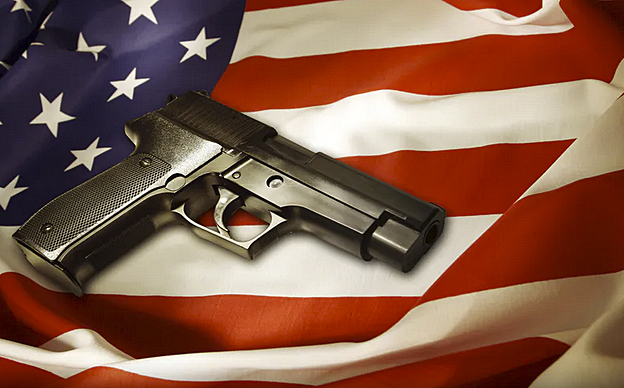 The US ‘Gun Culture’ That Saved Europe Does Not Occur In A Vacuum by Miguel A. Faria, MD

Europeans like to decry violence in America, calling it “America’s gun culture” while forgetting their share of political mayhem in their own house, including violence perpetrated by Jihadists as well as their own left-wing terrorists. But I enjoy reminding them that it was America’s “gun culture” that liberated Western Europeans from the Nazis during World War II and subsequently also protected all of free Europe from the Red Army and the rolling Soviet tanks during the Cold War. Moreover, I also like to remind them that as pusillanimous Europeans they may require further protection from the U.S. “gun culture” in the future!

I also like to explain to them that it has been because of the protection afforded by the American “gun culture” that Europeans have been able to create and sustain in peace the social and economic “safety nets” of which they are so proud.

I don’t put them down to offend them. I proceed with a little history and another concept that progressive gun prohibitionists are unable to grasp about America’s “gun culture,” and that is that while it’s true that many Americans, particularly in rural areas and most of the South, grow up around guns and hunting that salutary tradition of the outdoors reinforces Americans inherent patriotism, a patriotism and outlook that Americans inherited along with a legacy of freedom.

The story of Sergeant Alvin York is illustrative of how America’s experience in the outdoors, self-sufficiency, hunting, individualism, and cultivation of the “gun culture” can forge character. York grew up in a large and poor family in the Appalachian Mountains of Tennessee. Because they depended on hunting for food, York got very adept in shooting wild animals, such as turkeys and squirrels, with precise shots to the head as to save the rest of the animal for eating.

At age 27 to gain the heart of his sweetheart, a deeply religious girl, York joined a fundamentalist-Methodist sect and made a pacifist commitment to Jesus. In 1917, as World War I raged, York was drafted and because his church was not officially pacifist, he was denied conscientious objector status. He went through basic training but continued to object to war. Because of his obvious sincerity, the major general in command of his unit, George E. Buxton, spoke with him, cited Scripture, and pointed out that Jesus commanded his apostles to carry swords, reminding York that “earthly kingdoms do fight wars and that Christians should render to government the things that are Caesars.” Buxton also cited Ezekiel 33:1-6 in which God exhorted the Prophets to command the people to listen to the watchman’s trumpet warning of an approaching enemy.

After much soul searching and not completely convinced, Alvin York was sent to France in October 1918. Promptly, his division, already separated from the rest of the army, was sent to rescue a Lost Battalion (the 1st battalion of the 308 Infantry Regiment) that was surrounded by German units. Pvt. York, leading a patrol, surprised the enemy camp, killed one German, and the rest surrendered. Another German unit opened machine gun fire from a nearby hill, killing or wounding nine Americans. With his Enfield rifle, York picked off the German gunners one by one. Before he could reload the rest of the Germans, out of ammunition, attacked with a bayonet charge. York stopped them with the lethal fire of his .45 caliber pistol, ordering them to surrender, which they did. York, with the seven Americans still alive, rounded up several dozen German prisoners. On the way back to American lines, he captured two other groups of Germans, who he “bluffed into surrendering.” In all, Alvin York had captured 132 Germans, including four officers.

In his book, The Morality of Self-Defense and Military Action: The Judeo-Christian Tradition (2017), David B. Kopel summarized York’s additional personal achievements: “Almost single handed, York with his one rifle and one pistol, had killed 25 Germans, and knocked 35 German machine guns out of action. The next day, he returned to the site of the battle, to pray for the soul of the slain Germans. Pvt. York was promoted to sergeant. The French commander Marshall Foch called York’s feat the greatest accomplishment of any soldier in Europe.” From the Great War, Sergeant York returned to the U.S. an American hero, “representing the simple, honest, and faithful ideas of the old America.”

Many Americans in the 21st century still cling to their guns and their Bibles, and it stands to reason that the alleged “gun culture” mentality and patriotic outlook may not be gained solely by an 8-week army basic training boot camp. Life experience, patriotism and the attitude to fight along your fellow soldiers in a just cause — such as freedom and a country’s way of life — do not appear in a vacuum. If that were the case, European democrats would have been a more formidable force against Hitler and Nazi Germany and would not have been so easily conquered in World War II. Belgians, Danes, Dutchmen and even Frenchmen, may have had weapons and adequate training, but the Germans in World War II had no difficulty in conquering and taming them. The Swiss with a similar outlook as Americans and with their own gun culture were left alone.

America’s gun culture gave the Allies the edge, just as Stalin’s “Patriotic War” stimulated Russians to fight for their motherland, and to make sure they did so the NKVD’s SMERCH units (Soviet military police and counter-intelligence units) were everywhere behind the front lines to stiffen Soviet fighting resolve if their morale lapsed. Americans did not need such units to make sure they fought.

And yet progressive anti-gun zealots want to disarm Americans and turn us into vacillating pusillanimous Europeans, like the Dutch and the Belgians. The fact is Europeans need to stop criticizing our “gun culture” and seriously beef up their own security via NATO. Americans are getting tired of paying taxes to protect Europe, maintaining bases, and sending our boys there, especially when the European Union (EU) continues to globalize and socialize, while criticizing our nation and unique culture — all the time ignoring the mess in their own backyard.

This article may be cited as: Faria MA. The US ‘Gun Culture’ That Saved Europe Does Not Occur In A Vacuum. HaciendaPublishing.com, August 1, 2020. Available from: https://haciendapublishing.com/the-us-gun-culture-that-saved-europe-does-not-occur-in-a-vacuum-by-miguel-a-faria-md/.