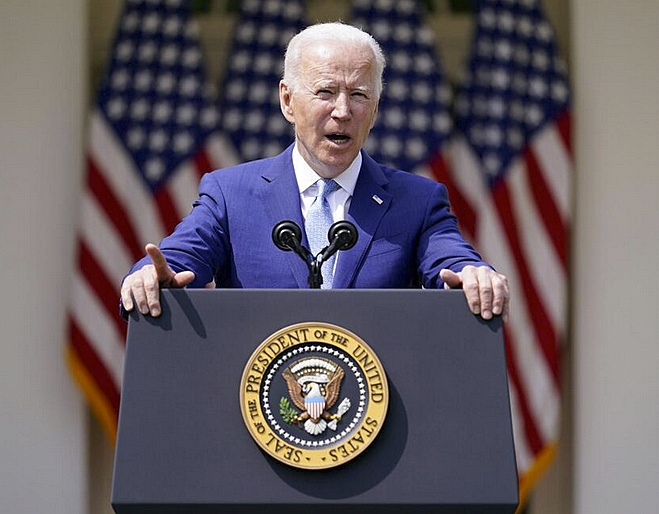 The UN and EU Press on With Civilian Disarmament With Biden Close Behind by Miguel A. Faria, MD

The Seventh Conference of the United Nations Arms Trade Treaty will reconvene August 30 to September 3, 2021 in Geneva, Switzerland. The Obama administration was a fan of UN arms control and then-Secretary of State John Kerry signed the treaty. But then Obama’s gun control agenda floundered in his second term, when in 2014 Republicans gained 13 new U.S. House seats and regained a majority in the U.S. Senate. After being sent to the Senate, the UN treaty sat there with no expectation of it every being ratified.

President Trump was elected in 2016 and, speaking at the National Rifle Association meeting on April 26, 2019, he announced that he would “un-sign” the treaty. Trump kept this promise and requested the treaty be returned by the Senate. On July 18, 2019, Trump notified the UN that the U.S. had terminated its legal obligations under the treaty.

In short, for years the UN has been trying to formalize a global, civilian disarmament measure under the Arms Trade Treaty. The Obama administration saw it as a way of circumventing the legislative process and the Second Amendment of the U.S. Constitution.

The UN has trampled on and dictated national policy to other sovereign nations in environmental, criminal, and even global tax issues. So why not, the globalist elite asked themselves, try to enforce universal gun control, even in America?

The fact of the matter is that the struggle to preserve the right to civilian gun ownership worldwide, including in the U.S., is an ongoing effort, and elitist, globalist organizations are bent on disarming and controlling citizens so as to make their one-world-government dream a reality. As Gun Owners of America stated years ago, “It would be a mistake to believe that it spells the end of the effort to regulate small arms worldwide.”

Since the Democrats in 2021 are still pushing for ratification of the Treaty and gun control is very much on their agenda, Biden will likely re-sign this authoritarian UN Treaty in the next few months.

Unfortunately for those around the world, the feckless United Nations isn’t the only threat to gun rights. The European Union has already joined in the act, and all member nations are targeted — not just the pusillanimous Western nations and Scandinavia, but all of Europe where the EU holds sway.

Both the Czech Republic and Poland have expressed concerns and with good historic reasons.

In 1938, Czechoslovakia, mother country of the Czech Republic, was sacrificed and betrayed by its allies, Great Britain and France. Soon after British Prime Minister Neville Chamberlain, who was deceived by Hitler, returned to England with a piece of paper claiming that he had brought “peace in our time,” Czechoslovakia was invaded and the Nazis took all of Czechoslovakia.

The truth is that the Czechs could not be protected by the promises of her allies or their own military. Czechoslovakia became a giant armament factory and a fortress for the Nazis run by SS General Reinhard Heydrich, governor of the Protectorate of Bohemia and Moravia, until his assassination in 1942.

Poland followed suit in 1939, wiped off the map in the German Blitzkrieg. It was first invaded from the west by the German army, and then from the east by the Soviets. Thus, Poland was quickly subjugated by her collectivist, totalitarian neighbors. The Russian communists and Nazi Germany, which were allies and co-conspirators via the signed Molotov-Ribbentrop Treaty (aka., Non-Aggression Pact of 1939) succeeded in crushing and dismantling Poland and the Baltic nations.

After World War II, the masters were no longer the Nazis but the “liberating” Russian communists, who in the aftermath occupied by force much of central and all of eastern Europe using the Soviet army working in tandem with the KGB. The subjugated peoples were impoverished, disarmed, and enslaved.

With the exception of the Hungarian Uprising in 1956, which was quickly crushed, and the Prague Spring in 1968, which was also quickly suppressed, no other major upheaval threatening the Soviet empire until the 1980s with the rise of the Solidarity movement and the resurgence of the Roman Catholic church resistance to communism in Poland.

The wall finally fell in 1989. The Evil Empire, having rotted to the core, imploded from within and the final end of the USSR came in 1991.

So it is easy to comprehend the apprehension Czechoslovakia, Hungary and Poland, former trampled nations and Soviet satellites, feel when contemplating citizen disarmament by the mandates of an EU that is still dominated by socialistic Western Europe, Scandinavia, France, and Germany. And given their tragic histories, these nations are not easily going along with the EU’s authoritarian gun control dreams.

Indeed the EU, having passed the European Firearms Directive that went into effect on June 13, 2017, has imposed severe restrictions on the civilian gun ownership and made it very difficult for EU citizens to obtain a state-issued firearms license. Home and family protection and self-defense are no longer considered legitimate reasons for civilian gun ownership.

Two months after the directive was passed, the Czech Republic, that had promised to preserve its citizens’ right to gun ownership upon entering the EU, filed a legal challenge in the European Court of Justice to oppose the onerous gun control measures, demanding that the new gun controls be scrapped, postponed, or that certain countries be given exemptions from the measure.

In the summer of 2021, the Czech government moved to amend the country’s Constitution with a liberty Amendment that simply states, “the right to defend one’s life or the life of others, even with the use of weapons, is guaranteed.”

Since the amendment can be overruled by the EU, it will be difficult for the Czechs to exercise their new-found natural right to self- and collective defense. The idea is that the people can be trained in the use of arms and form a militia in collaboration with the country’s national armed forces, as an internal measure to combat terrorism and assist police in controlling crime.

I hope Poland, Hungary, and other awakening nations will follow suit, and that the U.S., which is seemingly going in the opposite direction under the Biden administration, doesn’t discard American rights and freedoms. The Czech example is a first step toward asserting the God-given natural right to armed self-defense and preservation of the freedom from authoritarian impingement of the globalist EU.

Miguel A. Faria, M.D. is Associate Editor in Chief in socioeconomics, politics, medicine, and world affairs of Surgical Neurology International (SNI). Clinical Professor of Surgery (Neurosurgery, ret.) and Adjunct Professor of Medical History (ret.) Mercer University School of Medicine. Author of Cuba in Revolution: Escape From a Lost Paradise (2002). This article is excerpted, updated, and edited from his book, America, Guns, and Freedom: A Journey Into Politics and the Public Health & Gun Control Movements (2019).

This article may be cited as: Faria MA. The UN and EU Press on With Civilian Disarmament With Biden Close Behind. HaciendaPublishing.com, August 15, 2021. Available from: https://haciendapublishing.com/the-un-and-eu-press-on-with-civilian-disarmament-with-biden-close-behind-by-miguel-a-faria-md/.