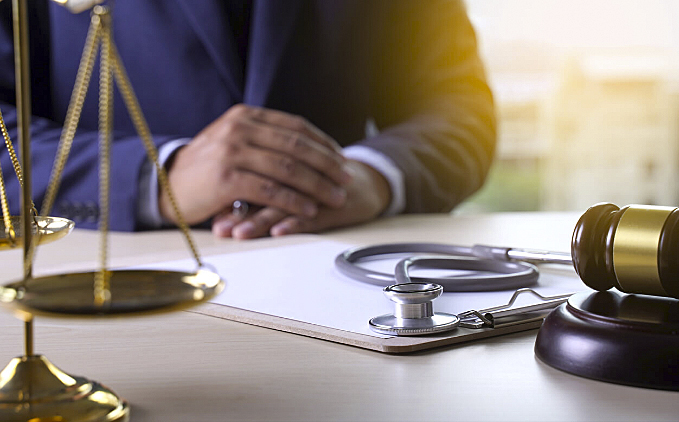 [Ed: This is the conclusion of Dr. Faria’s three-part series, originally published at Newsmax.com on May 21, 2001. Links to Parts I and II will follow.]

In the early spring of 1995, the House of Representatives passed a bipartisan medical liability bill (tort reform) by a significant margin (247 to 171), despite a strong opposition by the trial lawyers. This legislation was a sweeping tort reform bill that would have gone a long way towards reforming medical “malpractice” and alleviating the adversarial and litigious climate in which physicians have been practicing medicine for the last three decades. It included a $250,000 cap on non-economic damages, limits on “joint and several” liability, and even a provision for “loser pays” rule that would have penalized plaintiffs for filing frivolous lawsuits.

Robert E. McAfee, M.D., then president of the American Medical Association, called it “a giant leap forward”; not surprisingly, the AMA flexed its heretofore flabby abdominal musculature claiming victory for “its decade long advocacy on behalf” of physicians.(1) But, unfortunately, it was a premature muscle flexing exercise.

Something happened on the way to the forum in the high stakes of politics. Less than two months later, the U.S. Senate, led by then-Majority Leader Bob Dole, R-Kan., and outflanked by his own Sen. Fred Thompson, R-Tenn., passed a different version of the proposal, which focused solely on product liability reform and which had no medical liability relief. The two disparate bills then went to a conference committee, where legislators were to iron out the significant differences. In the process, the entire medical care liability reform proposal, despite the AMA’s assurance that it would continue “to press the issue,” was completely extirpated out of the conference committee legislation.

The issue then became moot when the Clinton White House threatened to respond to the possible compromise with a presidential veto. And so, medical liability reform never saw the light of day, although some product liability did pass.

American Medical News (AMNews) reported that “one particular last ditch effort to pass tort reform” could have been made had the AMA played hardball and consented to attach medical liability reform to the Kassebaum-Kennedy bill, which it was also supporting. Unfortunately, James S. Todd, M.D. (then AMA executive vice-president emeritus, now deceased) explained the AMA had pledged “not to play that card” and would not risk endangering what later became the Trojan horse of deleterious incremental health care reform in the form of the disastrous Kassebaum-Kennedy law.(2)

You can say this maneuver was a clear case of throwing the baby out while saving the dirty bath water. The Kassebaum-Kennedy law that was passed by the U.S. Senate (unanimously) in 1996 with the support of the AMA has been a terrible piece of legislation that has not improved but actually worsened the climate of the American health care system.

It has enforced draconian fraud and abuse provisions harmful to patients and physicians; implemented administrative simplification requirements that threaten medical privacy and patient record confidentiality (i.e., with proposed Unique Patient Identifiers, establishment of databases, and other privacy-eroding provisions); increased health insurance premiums because of proposed guaranteed coverage and renewability requirements; and caused an actual increase in the number of the uninsured for the same misguided reason, namely higher insurance premiums that have priced many individuals and their families out of the insurance market, etc.

Yet, other industries did lobby and obtained legal protection from the litigation juggernaut. Writing in The Wall Street Journal, John Stossel reported: “The single-engine airplane business came back from the dead after the General Aviation Revitalization Act made it harder to sue. Vaccine makers were helped by the Vaccine Injury Compensation Program. Silicon Valley will be helped by the Private Securities Litigation Reform Act, passed in December [1995] by Congress over President Clinton’s veto.”

He then questions why is it fair to pass piecemeal reforms for powerful industries. “And anyway, the lawyers just move on to the next hot area of litigation.”(3) And yes, he was prescient. Lawyers have moved on to expand litigation as far as the eye can see: to tobacco, the gun industry, sexual harassment and domestic violence,(4,5) and now back to one of the most lucrative industries of all, another facet of the health care industry: managed care and HMOs.(6)

In the Oct. 21, 1996 issue of AMNews, the headlines blared, “Doctors win big in Washington — AMA persistence delivers powerful results.” But those items listed in the article attributable to the AMA scorecard are dubious claims for victory at best.(7) The major defeat of medical liability reform, of course, was not listed. The battle-ax issue the AMA swore it would not abandon and would continue to press died a quiet but painful death.

It should not have been that way. In fact, there is still time for the AMA to renew the fight for tort reform with renewed vigor. It is time for a group of young, bright attorneys and judges in concert with a group of like-minded activist-physicians, businessmen and other professionals to roll up their sleeves and get to work for an uncompromising and vigorous push to change the litigation rules that are wreaking social and economical devastation on plaintiffs and defendants alike and return them to the standards of ethics and justice where they originated.(8) Under the current rules, two groups, the trial lawyers, are enriching themselves at the expense of the rest of society, while the other group, demagogic politicians, are arrogating to themselves political power from their political contributions.

But don’t wait for the AMA to lead the charge!

You would think that by now the largest physician group would be experienced and sensitive to the issue of medical liability and lawsuits. You would think that despite all the shortcomings and failures of managed care and HMOs, the AMA and organized medicine would remain sensitive to the problem of medical litigation and the pain and suffering lawyers and lawsuits have inflicted on medical practitioners for decades. You would think that despite the tragic setback of 1995 and the Pyrrhic victory of 1996, the AMA with full coffers to spend(9) would this time face the trial lawyers and say, “No more lawsuits!”

No. The AMA, claiming to represent “organized medicine,” has instead said “Yes!” thus potentially opening a new venue for trial lawyer litigation.

Lets face it. It has been an agonizing decision for many of us to determine where we stand on this issue of HMO lawsuits.

I have vehemently denounced managed care as corporate socialized medicine and have pleaded for physicians to return to the ethics of Hippocrates and reassert their role as true advocates for their patients. And yet, even this sensitive and passionate issue must be faced objectively. Carried by passions and the heat of the debate, do we really want medical care to be subjected to more lawsuits? Is it beneficial to subject sick and vulnerable patients to more litigation-on-demand, when in reality, what they really need when their lives and health are at stake is prompt medical care?

It sounds good to make the law easier for patients to sue their HMOs and perhaps even their employers for delayed or mismanaged care, but, after all, who is really going to benefit from opening another Pandora’s box of litigation? The trial lawyers, of course, not the patients, who most likely will die or whose health will worsen as they wait and wait stressfully and in adversarial fashion for the slow wheels of civil litigation to turn in their favor.

Yet, the AMA, as in other areas, has moved to the left and now, on the issue of HMO lawsuits, has jumped in bed with the trial lawyers! Not only has the AMA, in the last three to four years in an incredible volte-face, militated for unlimited lawsuits against the HMOs, the same HMOs their leaders helped create and encouraged physicians to join, but, according to National Review, even helped defeat three GOP senators, Sens. Slade Gordon (Washington), Spencer Abraham (Michigan; now secretary of energy), and John Ashcroft (Missouri; now attorney general); all of whom opposed the AMA on unlimited HMO lawsuit liability.(10)

On this issue, as far back as 1998, the AMA, according to the same National Review article, has alienated the Who’s Who in the Republican Party from Georgia Rep. Charlie Norwood and Oklahoma Sen. Don Nickles to affable House Speaker Dennis Hastert, who complained that “these guys [AMA leaders] are — as far as I am concerned — toadies of the Democrats.”(10)

The AMA now considers HMO lawsuits more important than tort reform, despite the fact that about 90 percent of physicians support tort (malpractice) reform, and conversely, 75 percent of them believe that trial lawyers would have the most to gain from HMO lawsuits.

The magnificent exposé of the trial lawyers published in 1991, The Litigation Explosion: What Happened When America Unleashed the Lawsuit, by then Manhattan Institute scholar, Walter K. Olson, is a momentous book that needs to be resurrected. What a pity it’s now out-of-print! It would certainly add to the present debate and place it in the proper perspective for the AMA leaders who have lost sight of their mission and no longer recognize the face of the enemy.(11)

In conclusion, the AMA needs to feel well-deserved heat from physicians to change its leftward political course and place the profession back on the right ethical track. If it does not, it will continue to be less and less relevant, while becoming more and more of a joke on Capitol Hill.

The AMA spent $18 million lobbying in Washington, D.C., last year and got nothing for it. For years, the AMA worked hard to get a seat at the Clinton table. We heard repeatedly buzzwords such as “compromise,” “cooperation,” “partnership,” etc. Now, the medical politicians of the AMA have lost their seat at the table, and soon they will be fortunate if they are even allowed to enter the room to get the scraps!

[Editor’s note: This is the conclusion of a three-part series, The AMA, Ethics and Gun Control. See Part I: Full AMA Coffers to Push for Gun Control, and Part II: Medical Journalism and Physician Unionization.]