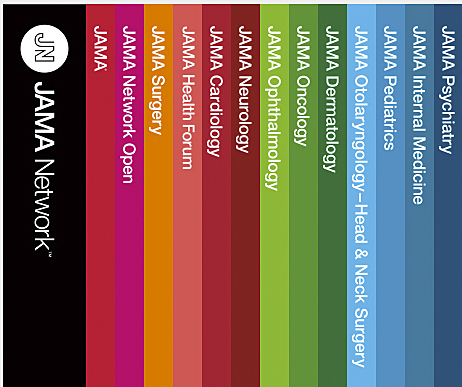 [Ed: This is the second part of Dr. Faria’s series, originally published at Newsmax.com on May 15, 2001. The double-standard held by the AMA and its organs about using its position “for political purposes” is remarkable. Links to Parts I and III will follow.]

I was struck one particular morning when I heard on the radio on January 15, 1999, that the editor of the Journal of the American Medical Association (JAMA), George D. Lundberg, M.D., had been fired by the AMA for using JAMA for his own political purposes. The chickens had come home to roost, I thought.

In 1991 when the AMA launched a major campaign against domestic violence, I joined in this campaign as a member of organized medicine, although admittedly, with significant skepticism. What I found over the next four years, particularly after I became editor of the Journal of the Medical Association of Georgia (JMAG) was that instead of providing a balanced and honest approach to socioeconomic and political issues based on facts and scientific data, as would be required by professional, objective medical journals, JAMA and other AMA literature, echoed the emotionalism, rhetoric, and political correctness (and particularly so with fashionable and trendy issues) championed by the mass media.(1) This was particularly dishonest because physicians, policy makers, and the general public place a great deal of trust and credibility in the AMA, its press releases, and the studies it sponsors and publishes.

I found that despite the expressed sentiments and wishes of the rank-and-file, dues-paying members of the AMA, the vast majority of physicians who wanted to preserve the individual-based ethics and medical tradition inherent to the Oath of Hippocrates, AMA leaders prodded by medical journal editors were spearheading efforts in health care reform in the opposite direction, towards population-based ethics and the step-by-step socialization of American medicine.(2)

There is no question that Dr. Lundberg had a great deal to do with all that. He had been editor of JAMA for 17 years, and he had hoped to break the record set by his great predecessor Morris Fishbein, M.D., the prolific, outspoken, long-time editor of JAMA (from 1924 to 1949), who had himself been ousted because he had “outshined” the AMA leadership, and the Board of Trustees came to resent his influence.(3) Now, it was Dr. Lundbergs turn, although, he had been promoted by the AMA to be in charge of Scientific Information and Multimedia. (He now heads Medscape, an internet website for marketing health care products and services.)

After the 1999 coup, at a press conference, AMA Vice President Ratcliffe Anderson, M.D. said that Dr. Lundberg “inappropriately and inexcusably had interjected JAMA into a major political debate that had nothing to do with science and medicine.”

Supposedly, the AMA leadership was “outraged” because he had published an article that concluded from a survey of college students that oral sex did not constitute “having sex.” The study had been expedited for publication over other articles to coincide with the “scientific” whitewashing of the oral sex allegations involving President Bill Clinton and White House intern Monica Lewinsky.

Political expediency and social embarrassment — about kinky sex similar to what you’d find on Internet websites as well as lies, perjury, and the appearance of JAMA and the AMA closing ranks behind a disgraced president — forced the AMA leadership to do what principles and militant ideology had not: Fire Dr. Lundberg and attempt to get the house of JAMA in order!(2)

Yet the AMA was not faultless. In fact, the AMA leadership shared a great portion of the blame for the journalistic debacle. JAMAs mission statement under which Dr. Lundberg operated was approved by the AMA Board of Trustees which included in part: “To foster responsible and balanced debate on controversial issues”(3) “To inform readers about non-clinical aspects of medicine and public health,” including the political, environmental and cultural issues.

JAMAs statement of principles also included a blanket statement about “a social responsibility” to some greater societal purpose. One should question whether JAMA and the AMA then could really pick a bone of contention with Dr. Lundberg, when the organization itself bandied about such objectives and used such liberal left buzzwords as “social responsibility,” terms frequently abused and exploited for political purposes. Thus, the AMA leadership had set themselves up for the Lundberg fiasco, when they allowed politics to enter the picture masquerading as objective, scientific medical journalism. This fiasco now added another laundry item to the long list of AMA scandals, e.g., Sunbeam, CPT code monopoly, E&M guidelines, etc. which had been accumulating since the late 1990s.

The fact is that in the last two decades, the AMA had opened itself to denunciation for the overt politicization of science and medicine, both through the type of social and politically correct “research” it has sponsored, the public relations campaigns it funds (i.e., domestic violence, gun control, etc.) and the medical publications it publishes and disseminates.

When many physicians became dissatisfied with managed care, HMOs, and the increasing corporativism of American medicine — which organized medicine has supported in the last two decades — the AMA began to consider options to counteract the very problems it had helped to create, vis-à-vis the socialization of American medicine, by supporting physician unionization.

Yes, instead of returning to the individual-based ethics of Hippocrates and re-invigorating the profession by opposing head-on the real iniquities in today’s medical care incarnated in managed care and HMOs and government intervention, organized medicine decided, instead, to patch the system here and there by clamoring for more government intervention — that is, when not passively going along with the flow, a flow that always seems to carry the organization in the leftward direction. Again and again, the AMA leadership forgets that medicine is a profession, a calling, and not a trade, thus agreeing to the formation of physician unions for collective bargaining, as is the case with the labor unions.

As I wrote in a special Labor Day article last year: “Under siege, discouraged and demoralized, many physicians see no way out and have turned to the formation of [doctor] unions. Many young physicians, particularly in California and Florida, have actually joined physician unions thinking it would protect them from the abuses of managed care and the exigencies of the corporate practice of medicine, telling themselves, “Lets fight fire with fire.” So they think…!”(4)

Indeed, as I wrote in the same article: “One of President Ronald Reagan’s most memorable actions early in his first term of office was the firing of striking air traffic controllers en masse for violating federal labor laws. His actions were loudly applauded throughout the land.

“Although managed care and HMOs have been hard on physician and patient autonomy, physicians experience its iniquities day in and day out and patients when they get sick or seriously ill. Frankly, physicians have been led (or rather, misled) by the leaders of organized medicine. These medical politicians caught up in the trappings of office have allowed the ethics of the profession to be transmogrified from the Oath and tradition of Hippocrates and individual-based ethics to the heavily government-regulated, collectivist corporate practice of medicine.”(4)

Physicians who have unionized, encouraged by the AMAs new leftward direction, not only have joined in solidarity with some of the most radical left movements in the political spectrum such as the labor unions and the National Education Association, but also have placed themselves in a great ethical dilemmas. Will these physicians set on this path eventually refuse to care for their patients, joining the strike and abandoning those with whom they have established a patient-doctor relationship? It goes without saying these actions would go against whatever remains of the grain of medicine, a sacred calling according to the tradition of Hippocrates.

What can physicians and other health care providers really do to combat managed care (corporate socialized medicine)?(5) Obviously, put patients first, like the Association of American Physicians and Surgeons’ (AAPS) motto — Omnia pro aegroto (All for the patient)!

Suffice to say, the issue of whether physicians survive as professionals, practicing according to the tradition of Hippocrates and respected as independent practitioners, on the one hand, or become a government-controlled trade union, on the other, will likely be decided in our generation. The informed public then must watch the medical profession closely. Much more than politics is at stake, when the perversion of medical ethics is involved. Our health and our lives are at stake too!

(Continue to Part III, the conclusion of Dr. Miguel Faria’s three-part series, or go back to read Part I.)

This article may be cited as: Faria MA. The AMA, Ethics and Gun Control — Part II: Medical Journalism and Physician Unionization. Doctors for Responsible Gun Ownership, June 30, 2016. Available from: https://haciendapublishing.com/the-ama-ethics-and-gun-control–part-ii-medical-journalism-and-physician-unionization-by-miguel-a-faria-md/.

1 thought on “The AMA, Ethics and Gun Control — Part II: Medical Journalism and Physician Unionization by Miguel A. Faria, MD”