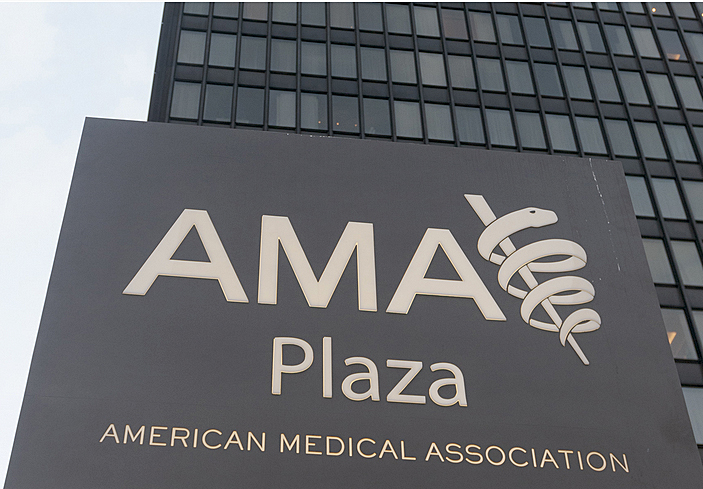 The AMA, Ethics and Gun Control — Part I: Full AMA Coffers to Push for Gun Control by Miguel A. Faria, MD

[Ed:  Dr. Faria originally published this three-part article at Newsmax.com on May 3, 2001.  We felt it well worth reprinting. The story is 15 years old, but the plot is the same in 2016, only more so, with the AMA’s recent decision to increase its gun control advocacy. Links to Parts II and III will follow.]

The AMA is joining the gun prohibition movement in full force. Led by the long-time speaker of the AMA’s House of Delegates, now president-elect, organized medicine has joined the gun control movement full steam ahead. Its new leader, Richard F. Corlin, M.D., will call for the AMA to increase funding to “study data on firearms injuries” at its June 20 annual meeting.(1)

The fact is that the public health establishment, incarnated in the CDC, other government agencies and the myriad of schools of public health, has been sponsoring and conducting “gun research” for nearly two decades that has been found to be biased, result-oriented, and based on what has been characterized by a number of serious investigators as junk science.(2)

The AMA, using its publication empire, has been publishing this “research” in its journals, including the Journal of the American Medical Association (JAMA). Essentially only those researchers who embraced the politically correct, preordained conclusions that “easy gun availability results in crime” and that “guns and bullets are pathogens that must be eradicated” were published. Contrary views have been censored.

The monolithic wall of censorship was only breached by the Journal of the Medical Association of Georgia (JMAG) while I was editor from 1993-1995. I recounted the story of my travails in a chapter entitled “Censorship and Editorial Lynching in the Deep South” in my book, Medical Warrior: Fighting Corporate Socialized Medicine (1997).

The wall cracked further with the advent of the Medical Sentinel, which was the official, peer-reviewed journal of the Association of American Physicians and Surgeons. So I am intimately knowledgeable about this subject from personal experience and 10 years of research into this subject.(3)

In the spring of 1996, Drs. Timothy Wheeler (Doctors for Responsible Gun Ownership), William Waters IV (Doctors for Integrity in Policy Research), myself (as editor of the then newly founded Medical Sentinel), and the legal scholar Don B. Kates testified before a congressional subcommittee about this biased, result-oriented research conducted by the CDC and its politicized branch, the National Center for Injury Prevention and Control (NCIPC), and as a result the latter entity was ordered by Congress not to conduct tainted gun control research at taxpayers’ expense.(4)

The story about how that episode came about was published in the Medical Sentinel in my four-part article (Spring and Summer 1997) entitled “The Perversion of Science and Medicine”.(5)

I can testify that the AMA has been moving steadily to the left in a variety of issues, from the perversion of medical ethics to gun control.(6) Yet it has not always been that way. In Medical Warrior I also described how, over the years, the AMA tried to please everyone but has ended up pleasing no one! The AMA has tried to be all things to all people, pragmatic at all costs, whether in discussion of socioeconomic policies or medical ethics.(7)

I have been told, by at least one AMA defender, “It’s just politics.” That may be, but when dealing with ethics and constitutional issues, principles should not be compromised by playing politics. There is simply too much at stake!

But now the AMA is moving definitely to the left. No wonder President George W. Bush refused to deliver the traditional first health care address to the AMA. Nevertheless, while AMA membership remains low, its coffers remain full. The AMA has plenty of money to fund gun control efforts and ingratiate itself with the establishment’s media and the liberal left camp, which lately it has joined. Indeed, the AMA’s finances are said to be in the best shape that they have been in over 15 years, despite dwindling membership and questionable relevance to health care policy and medical affairs.

In the March/April 1998 issue of the Medical Sentinel, we reported that in 1996, three AMA officers were paid more than $200,000 for their time “playing politics” within organized medicine. AMA reimbursement figures then, according to Physicians Weekly, were:

There is no reason to suppose that since that time those reimbursement figures have not increased, along with the AMA’s operating budget, which was $200 million in 1998 and has risen to $247 million today.

In fact, AMA finances have been so good and its coffers so full that in 1997, Dr. Randolph Smoak Jr., who was then AMA secretary-treasurer and who is now the president, reported that every revenue category had increased except for membership dues. Furthermore, Smoak noted, “This good news should continue to keep the AMA relevant for the physicians of 1997 and the future. Indeed, the AMA is projected to receive an $8.2 million gain in real estate sales. And will end 1997 with $5.9 million in the black … and robust reserve levels that should exceed $148 million in 1999.”(8)

These predictions, for the most part, materialized. As a result, rumors circulated that the AMA no longer needed members to remain financially afloat. The rumors were confirmed by the Chicago Tribune, which reported in the fall of 1997 in the midst of the AMA-Sunbeam scandal that over 70 percent of the AMA’s revenues “came from sources other than membership — including real estate and the publication of coding books, which are revised annually and required for physician compliance with government rules and regulations.”(8) [Emphasis added.]

Despite an embarrassingly low membership at 32 percent of American physicians, the AMA claims to represent all physicians and the medical profession. And make no mistake about it, the AMA may not have the membership numbers, but it has ample finances to fund gun control efforts and other leftward leaning projects.

What is the source of this wealth? It’s the AMA’s publication empire, which rests solidly on a monopolistic pact with the Health Care Financing Administration (HCFA), a secret agreement that was brought to light in an article by AAPS General Counsel Andrew L. Schlafly in the Summer 1998 issue of the Medical Sentinel.(9) The AMA leadership even refused to show those documents to the rank-and-file membership. But the Association of American Physicians and Surgeons (AAPS), not so easily thwarted, obtained the documents from a source independent from the AMA and HCFA.

Schlafly revealed that under provisions of this pact, the AMA was given a monopoly over the government-imposed coding standards for physicians. By contractual obligation, HCFA must enforce the coding systems developed by the AMA upon the same physicians the AMA purportedly serves and represents. This contract has been in effect since 1983 when AMA Executive Vice President James H. Sammons, M.D., signed the agreement. The AMA continues to impose these money-making but onerous coding regulations on physicians in the name of HCFA.

Who pays for this government-granted AMA monopoly and regulatory burden? Ultimately, the patient does. Year after year, American physicians must purchase the new coding books in order to bill the government and third-party insurance carriers for medical services rendered to patients. Codes must be current, and physicians must not make billing errors. Coding errors may result in the government accusation of fraud and abuse, prosecution, and jail time.

Schlafly is indeed correct when he asserts: “Virtually every crime has a motive, and the motive here is money. Lots of it. The AMA declares on its website that the AMA ‘generates approximately two-thirds of its annual $200 million operating budget from non-dues sources.’ Of that $133 million in non-dues revenue, the AMA’s publication revenue, including sales of those expensive CPT code books, is its most prominent source. The victims of these endlessly complicated revisions to coding are physicians rendering private medical care. Each year physicians pay substantial costs and expend precious hours trying to keep up with the rules imposed by the AMA’s CPT moneymaking machine. The time and money lost by physicians due to the AMA could be far better spent in the service of patients.”(9) Amen!

In a subsequent parts of this article (Part II and Part III), we will discuss other topics which confirm the AMA is moving leftward in the political spectrum, whether it is medical journalism, ethics, unionization, or the corporate practice of medicine.

This article may be cited as: Faria MA. The AMA, Ethics and Gun Control — Part I: Full AMA Coffers to Push for Gun Control. Doctors for Responsible Gun Ownership, June 21, 2016. Available from: https://haciendapublishing.com/the-ama-ethics-and-gun-control–part-i-full-ama-coffers-to-push-for-gun-control-by-miguel-a-faria-md/.