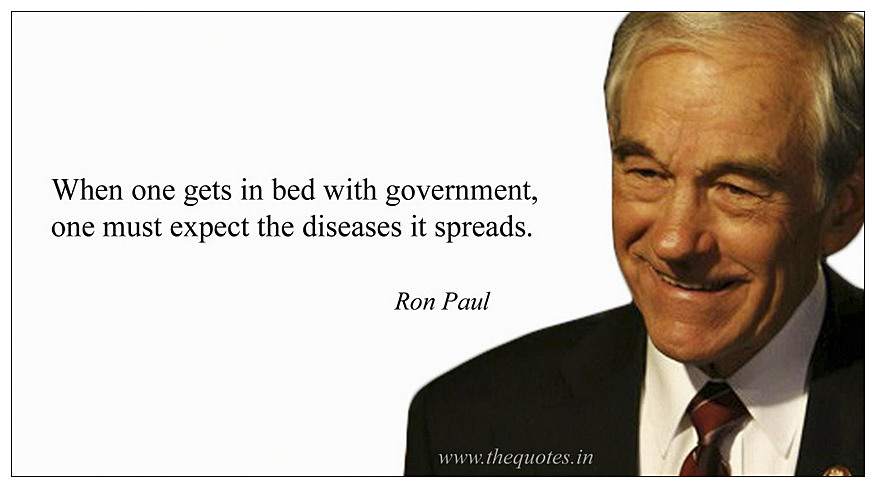 Sleeping With the Enemy

As you may or may not know, there are no physicians from organized medicine serving on Mrs. Hillary Rodham Clinton’s Health Care Task Force—MDs who represent practitioners and their patients. Those MDs who are on the task force, according to the American Medical Association (AMA), are mostly “federal employees” who do not represent the profession. It is reasonable to assume that more likely they represent the bureaucracies whence they came and which sign their paychecks.

A few years ago, I believe it was at the time of his ascension to the top of the AMA totemic hierarchy, Dr. James S. Todd, Executive Vice-President of the AMA, announced quite ceremoniously we had entered a “new era of cooperation, not confrontation.” And indeed, a new era began. But, it has not been an era of mutual cooperation, as we were led to believe, in which government and medicine entered a new phase of cooperation for the mutual benefit of the medical profession and their patients on the one hand, and the government policymakers and bureaucrats on the other. Instead of cooperation, we have been ushered down a one-way street of progressive government intrusion into the practice of medicine, facilitated by the AMA serving as the vehicle inducing passivity and submission in our ranks. The AMA, in the view of many physicians, has served not to represent the interest of physicians and their patients, but instead to assume, willingly at worse or unwittingly at best, the role of a collaborator. And, as collaborator, has only softened the hard blows that have repeatedly befallen the medical profession. By making these otherwise mortal blows just barely tolerable, physicians have acquiesced to the terrible calamities that have befallen their profession; and thus, the unholy alliance has successfully prevented open rebellion in the physicians’ ranks. Up to this time, the government authorities and their bureaucratic machine, oiled by the so-called health care experts, have succeeded in taking us, as a profession, step-by-step, closer to the government abattoir of corporate socialized medicine.

I know these are hard words, but I speak so directly because I sense that the time of reckoning for Medicine is fast approaching, and courage is needed to tell the truth. I speak not to condemn, but with the hope that historical lessons about human nature are learned here for a better future.

Yes, the AMA Board of Trustees all too often has been eager to please our adversaries, like British Prime Minister Neville Chamberlain in 1938, who, having returned to London from the Munich Conference with Hitler and Mussolini, gleefully and with an air of great self-accomplishment exclaimed, “I bring you peace in our time,” as he waved the fleeting document that sealed the fate of the world for the next decade with its bloody World War II and thence, the stark beginning of the Cold War with the building of the Berlin Wall and the descension of the Iron Curtain across Europe from the Baltic to the Black Sea.

And more recently, in our own country, let us recall what happened when President George Bush having dissociated himself from his Republican conservative brethren to collaborate with his unyielding rivals, the liberal Democratic congressional leadership, forged the disastrous Budget Reconciliation Act of 1990 that raised taxes thereby breaking his “read my lips, no new taxes” pledge. Yet, Congress did not keep its side of the bargain, cutting spending, and fell back to its old ways, tax and tax and spend again. The result was a protracted and painful recession, further escalation of the national debt, and ultimately, his own repudiation as President by the American electorate and the consequent election of President Bill Clinton last November.

So, I was not in the least surprised as I skimmed through the morning paper and read, “President Clinton Thursday rebuffed the nations largest medical organization [AMA] calling it a special interest group that doesn’t belong on his health care task force…. ‘You cannot get anything done if special interest groups sit in on those meetings…’ ”(1)

It is therefore no wonder that despite the highly politicized times in which we live, in which ever-increasing numbers of individuals are flocking to join every conceivable special interest group to protect their own self-interest, the AMA represents barely 40% of the nation’s 718,000 physicians. And, within the medical profession, physicians are disunited, fragmented into a myriad of organizations pushing and pulling in opposite directions—a situation which has made us easy prey for our adversary-predators. Thus, these predators did not even have to divide us, they only had to conquer us!

To add insult to injury, Representative Fortney “Pete” Stark (D-CA), charged, “The AMA is trying to take control of the health care reform…. Basically, the AMA would like to be the principal negotiating agent, the big muckety-muck. That is not going to happen.” “Pete” Stark, it should be noted, ranked No. 1 in political contributions, collecting $497,250 for the decade ending June 30, 1991. Common Cause reports that of that amount, he amassed $203,200 from medical political action committees (PACs), placing him in the No.2 position in contributions from our own ranks.

The AMA, which had called for a new era of “cooperation and non-confrontation” with the government, and more recently, “a new partnership,” was slapped in the face and scoffed publicly. In fact, when I read about it in the newspaper, I felt like Winston Churchill, who, describing the Munich Conference of 1938 between English Prime Minister Neville Chamberlain and the dictators, Hitler and Mussolini, decried, “We have sustained a defeat without a war” (House of Commons, October 5, 1938).

Appeasement does not stop tyranny. It nurtures despotism. Yet, our leadership has been inclined to appease and to coax our enemies, government bureaucrats and self-styled consumer advocates (who lately, also profess to be health care experts), rather than to fight them with the truth, much to the detriment of the medical profession. Largely to blame has been the direction of the AMA in recent years as dictated by its powerful leadership: the Board of Trustees and the Council on Ethical and Judicial Affairs. This sorry state of affairs in the practice of medicine has been to a significant degree the result of the AMA leaders placing imagery over substance, displaying a lack of vision, and a lack of moral courage to stand by those whom they represent, while possessing a misguided belief that it’s below their dignity to roll up their sleeves and get their hands dirty in the political arena to fight for the rights of their confreres (and their patients) and the interest of the profession.

With the adoption of an appeasement policy by the AMA, it was left to the Association of American Physicians and Surgeons (AAPS) to file a lawsuit (AAPS v. Clinton) to force open the secret meetings of the Health Care Task Force which had been held behind closed doors, and perhaps illegally—that is the contention of the organization led by Jane M. Orient, M.D., Executive Director of the AAPS.  The AAPS has already won a legal victory in New Jersey where Dr. Lois Copeland and several of her Medicare patients fought successfully to contract privately for medical services outside Medicare while allowing patients to preserve their Medicare benefits (Stewart et al. v. Sullivan).

What is so ironic is, for all the years of collaboration and accommodation of government intrusion, now at the time of near reckoning, the AMA leadership has been scoffed (e.g., not given the much-coveted seat at the table and derisively called a special interest), and physicians in general and AMA members in particular have been abandoned to the wolves.

A letter to the editor by Charles L. Hoffman, M.D. of San Rafael, California, in the March issue of Private Practice summarizes it very well: “Years ago I wrote to James S. Todd, M.D., Executive Director of the AMA, and suggested that the AMA quit trying to be all things to all people and act like an advocate on behalf of the members who support them. The lay public perceives the AMA as the ‘doctor’s union,’ so why shouldn’t the AMA function as such on our behalf? Dr. Todd never answered me.”(2)

And the truth is this sorry state of affairs for medicine, including the fact that at this moment we do not have physician representation on the Health Care Task Force, should never have been allowed to happen. For the system to work, it must have input from the highly trained physicians and compassionate healers who deliver health care.

Unfortunately, it seems the government now takes physicians for granted. It should think twice before prodding us to take the final step. Harry Schwartz, Ph.D., in the same March issue of Private Practice has called for the formation of physicians’ unions with the power to strike, not as a matter of gaining any favors from government, but as a matter of principle and professional survival.(3)

And to end this admonition, let us recall the words of that great Italian epic poet, Dante Alighieri (1265-1321), who trained as a physician, but is remembered more as a theologian, social critic, and man of letters. He, himself, so admonished: “The hottest places in Hell are reserved for those who, in time of great moral crisis, maintain their neutrality.”

This article, which originally appeared in the June 1993 issue of the Journal of the Medical Association of Georgia as Dr. Faria’s “Editor’s Corner,” was subsequently updated and re-published as Chapter 20 in Medical Warrior: Fighting Corporate Socialized Medicine (1997). It has been posted here and is now accessible on this website for the benefit of our readers.