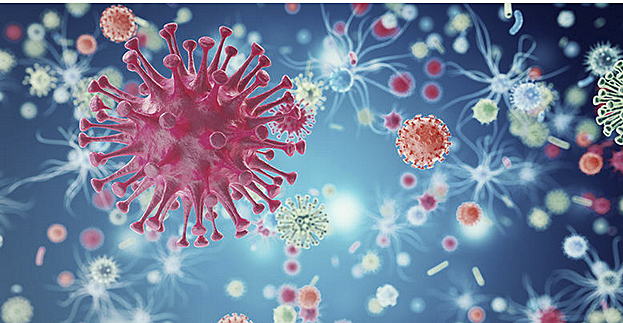 Many Americans, even physicians, are unaware that the National Research Council, which is an arm of the National Academy of Sciences, proclaimed in February 1993 that “the AIDS epidemic will have little impact on the lives of most Americans or the way society functions.” Moreover, the CDC has released the year-end AIDS figures for 1992 which show that “the overall cases increased only 3.5% from the year before, less than the 5% increase from 1990-1991.” Furthermore, as recently reported by National Review, the CDC enunciated that it was revising downward its estimate of future AIDS cases; it seems, therefore, that Michael Fumento’s book, The Myth of Heterosexual AIDS, will be vindicated after all.

Nevertheless, the AIDS activists have had enough muscle to coerce the CDC to broaden the description of AIDS to avert the flattening of the curve of the AIDS epidemic. This tactic would, of course, again balloon the number of AIDS victims and create the illusion that we are all still vulnerable, so as to preserve the momentum of a pandemic, and thereby, achieve the goals of their narrow political agenda: Retain their supremacy of government medical (research and prevention) dollars and attain not just acceptance of the gay and lesbian lifestyle, but also approval and bestowal of special group rights.

As if to underscore this objective, HHS Secretary Donna Shalala—who has no medical credentials but did obtain the reputation as the “Priestess of Political Correctness,” a reputation gained as a former Chancellor at the University of Wisconsin—has entered the fray. In response to a question about welfare reform, she told a Congressional panel: “We could spend our energy on research and immunization and education and still not have any Americans left unless we’re prepared to confront the crisis of AIDS.”

I would like to point out one of the most salient of the inequities (and iniquities) inherent to the politics of AIDS, which unfortunately, has become entrenched in today’s political establishment, and that is, the allocation, or rather, the misallocation of health care resources.

As far back as 1991, the Congressional Research Service of the Library of Congress showed the disproportionate amount of research and prevention funds allocated to AIDS in comparison to other maladies associated with much greater morbidity and death rates. Here are the statistics (1990):

And according to even more recent data, we find that for fiscal year 1992, the expenditure for AIDS’s research and development again tops the list and is in excess of $3.5 billion dollars. Meanwhile, breast cancer with three times the cumulative 10-year mortality as that of AIDS (Breast Cancer: 450,000 deaths vis-à-vis AIDS: 150,000 deaths) is funded for a fraction of that allocated to AIDS—such is the power of a vocal, militant special interest group.

And here are more grim statistics: approximately 175,000 women are diagnosed with breast cancer yearly, while 45,000 die from the disease. Sadly, breast cancer’s lifetime risk for American women climbed to 1-in-9 women in 1991 (from 1-in-10 in 1987), and to make a tragedy of an already somber story, breast cancer rates continue to increase slowly, year after year.

While it is true that young women can follow several recommendations—to enhance their chances of survival from breast cancer, e.g., do their utmost to have the diagnosis of breast cancer made early (i.e., perform monthly self-examinations, keep medical appointments, and undergo routine mammography as directed by their physicians), and can themselves reduce the risk simply by being mothers (e.g., having children and avoiding abortions) and breast-feeding their babies—they can do little at present to change their genetic predisposition that comes with their family history. Moreover, since breast cancer rates increase with age, there is no solace in advancing age. Younger women are not exempt from this tragic affliction since young women ages 25 to 45 are vastly represented in the morbidity and mortality figures. Yet, feminist leaders—instead of confronting these grave statistics and fighting for proper funding for breast cancer research—have joined the homosexual lobby, and together, are militating for an ultra-liberal political agenda for society. It is too bad that they are neither inclined nor enthused to push this life and death issue onto the forefront of politics. Proper funding for breast cancer research should have been a goal paramount in their agenda.

There are, nevertheless, another 14% or so afflicted with this unforgiving malady, who are completely innocent bystanders. Nevertheless, they all deserve our attention and compassion. Yet, we do have a duty to point out these unsavory facts and matter of life and death statistics, and the need for individual responsibility.

And, as the old adage says, “the squeaky wheel gets the grease”—although in this context, the old adage attains a much more solemn tone, in a very ominous context. But the observation is a fact: the obstreperous, irreverent, and vocal homosexual lobby, e.g., ACT-UP, has taken a disproportionately large piece of the research and development pie, and they will continue to prevail politically, because such is the power of the well-focused, well organized, vociferous, and militant special interest groups, to the detriment of others who remain relatively silent and have no such stridency or political clout.

This article, which originally appeared in the October 1993 issue of the Journal of the Medical Association of Georgia as Dr. Faria’s “Editor’s Corner,” was subsequently updated and re-published as Chapter 18 in Medical Warrior: Fighting Corporate Socialized Medicine (1997). It has been posted here and is now accessible on this website for the benefit of our readers.

This article may be cited as: Faria MA. AIDS and Medical Correctness. HaciendaPublishing.com, October 1, 1993. Available from: https://haciendapublishing.com/aids-and-medical-correctness/.