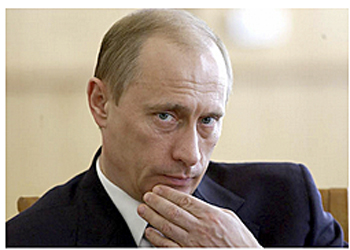 Russia’s invasion of the Ukraine — Tsarism or Stalinism anew?

Just as I was beginning to warm up to Vladimir Putin and the new emerging “democracy” in the Russian Federation (which like a phoenix rose out of the ashes of the communist Soviet Union), the Russian President and his minions in the Ukraine invade the Crimean peninsula and threaten to foment a second cold war! Who is Putin trying to imitate? Is it Peter the Great, who wanted the Russian fleet to have access to the Baltic, or Catherine the Great, who first conquered the Ukraine for access to the Black Sea? Or is it the more sinister Stalin, who first used Sochi as his private resort and, more ominously, helped start World War II by signing the Molotov-Ribbentrop Pact and invading Eastern Poland in 1939?

The imperialistic designs of Tsarist Russia in the 19th century and the murderous, authoritarian legacy of Joseph Stalin still seem to lurk in the shadows of the Russian nation with the consent of a large proportion of the Russian people.(1) Is communism, for all the assurances of Western journalists and academicians, truly dead, or still able to lift its ugly head behind the former iron curtain? The grim Russian authoritarian past does not seem to allow mother Russia to move irresolutely toward a future of individual freedom, prosperity — and peace.

The geopolitics and foreign policy of Vladimir Putin in the Caspian Sea region and the Caucasus, and now the Ukrainian Crimea — from the bloody suppression of the separatist Chechnya insurrections in the 1990s, the invasion of Georgia in the South Ossetia War of 2008, the subtle intimidation of Azerbaijan, and now the overt bullying and invasion of the Ukraine — all ominously remind us of the old imperialism of the Russian Czars, if not the more recent and brutal force and militarism of the Soviet Union.

Under the watch of Vladimir Putin, the dark side of political repression and loss of civil liberties, the unexplained murder of dissidents and independent journalists at home and abroad, the resurgence of the espionage wars, frankly, also leave much to be desired.(2-4)

It was a frightening prospect that in 2008, a Russian poll found “the Greatest Russian” to be Joseph Stalin, distant second and third place went to such relatively obscure figures as Aleksandr Nevsky and Prime Minister Pyotr Stolypin, who ironically was assassinated in 1911 serving under Nicholas II, the last Czar of Russia!

The Russian people must break away from their bullying, imperial, and authoritarian legacy. Vladimir Putin and the Russian “democrats” must follow the rule of law, serve well the people they represent, respect civil liberties, leave alone their neighbors in peace. The neighboring nations, like the Russians themselves, have much to learn about constitutional government and the rule of law, but they most do so without Russian threats and aggression.

Do you remember the scandalous incident, when during missile defense talks in 2012 Obama was caught on an open microphone telling then Russian President Dmitry Medvedev that he [Obama] would have ‘more flexibility’ after the U.S. presidential election?(5) It now seems the chickens of poor diplomacy have come home to roost! And we will have to see how Secretary of State John Kerry handles the tinderbox situation in the Ukraine that the Obama administration might have helped create!

There is still time for Putin and his advisers to listen to the voices of reason, peace, and restraint. Let us hope we don’t begin another cold war, with or without communism in the balance, this time based on Russian hegemony in the region. As geography now stands, Russia is still the largest nation in the world with no close second! Russia has already plenty of resources as well as access to the seas. And the times of Peter the Great and Catherine the Great are long gone, and we hope so for Stalin and the gulag too.

3. Goldfarb A, Litvinenko M. Death of a Dissident — The Poisoning of Alexander Litvinenko and the Return of the KGB. New York: Free Press; 2007.

This article may be cited as: Faria MA. Russia’s invasion of the Ukraine — Tsarism or Stalinism anew? HaciendaPublishing.com, March 5, 2014. Available from: https://haciendapublishing.com/russias-invasion-of-the-ukraine–tsarism-or-stalinism-anew.

The photographs used to illustrate this commentary came from a variety of sources and did not appear in the GOPUSA.com article. A short version of this article appeared in the Macon Telegraph on April 6, 2014.