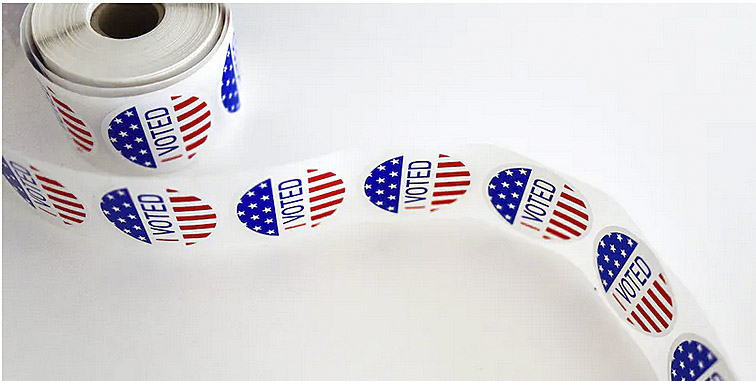 The Republicans blew an opportunity to reverse the damage done by China Joe. They were assisted by conservative media and MAGA commentators who ended up with egg on their faces after deceiving tens of millions of conservatives about what was really happening.

On November 8, the day of the elections, Rush Limbaugh successors Clay Travis and Buck Seton declared, “The Rout Is On!” and said, “Make sure you vote today, then go home and watch the Red Tsunami.”

Kurt Schlichter of Townhall said “The next few days will be very difficult for the progressives, pinkos, commies, and other Democrats…”

The “Red Tsunami” turned out to be a Red Trickle or Whimper.

Clay and Buck are on 400 radio stations, where they promoted a series of GOP losers. Clay Travis told Ann Coulter: “And what we’ve been talking about is, you look at Washington, I think Tiffany Smiley could eventually beat Patty Murray.” Coulter responded, “Yeah. Yeah. That’s wild. Patty Murray is the stupidest senator.”

Coulter had also predicted a massive Red Wave, saying on October 14, “Maybe it’s not a wild and reckless prediction, but the news this week suggests that the media are slowly edging up to the truth, and that Republicans could be on track to well outperform the polls.” Then, when it failed to materialize, she blamed Trump!

Stephen K. Bannon, who was fired by President Trump, had declared, “I see 50 [House Republican] seats in 2022. Keep this up.” On Bannon’s “War Room” show on Real America’s Voice on November 3, Sebastian Gorka of the Salem Media Group had commented on “an obvious trend line” in favor of the GOP and cited estimates about “submerged voters” who would deliver the House to the Republican Party by as many as many as 54 seats.

In a column before the November 8 elections, former Republican House Speaker Newt Gingrich predicted that Rep. Kevin McCarthy would become Speaker of the House after the election of “a surprisingly large GOP majority.”

By contrast, I warned in advance in my column “How to Lose Winnable Elections” that the Republicans would disappoint. I said:

Stephen K. Bannon at CPAC declared, “We are at war … a political and ideological war.” Clearly, however, he doesn’t know how to win the war.

But the new House has an inviting target: Crypto billionaire and Democrat donor Sam Bankman-Fried, whose firm has gone bankrupt. There are reports that Bankman-Fried may have donated as much as $100 million to Democrats, including China Joe in 2020. He became the new George Soros, the hedge fund operator who manipulated foreign currencies to make billions and used part of his fortune to fund “progressive” groups.

As noted by Minnesota Republican Rep. Tom Emmer, there are indications that the Biden-appointed Securities and Exchange Commission (SEC) chairman, Gary Gensler, was allegedly part of a Sam Bankman-Fried scheme through the now-bankrupt FTX exchange to monopolize the crypto industry. Gensler, the chairman of the Commodity Futures Trading Commission under Obama, was sold as a “Wall Street critic” by the liberal media.

Emmer, just elected as the Republican Whip in the House, the third-ranking post in the new GOP majority, can help lead the effort to expose the Bankman-Fried fraud scheme involving top Democrats. But Emmer, who has a solid conservative voting record, has been falsely attacked by fake conservative media as a “liberal” and RINO (Republican in Name Only).

Exposing Bankman-Fried through a class action lawsuit and congressional hearings could topple the entire Democratic Party structure. The FTX bankruptcy is far bigger than Hunter Biden’s financial shenanigans. With another crop of commentators totally misreading the electorate and blowing coverage of the 2022 election, it’s time for conservatives to demand accountability. My new “World Revolution Report” documents everything that went wrong with coverage of the midterms with screen shots and direct quotes and goes into far more detail than this column. We have an established 40-year track record of independent analysis, on the cutting edge of conservative research with more than a dozen books, including three on the “Permanent Revolution” initiated by Obama and carried on by China Joe.