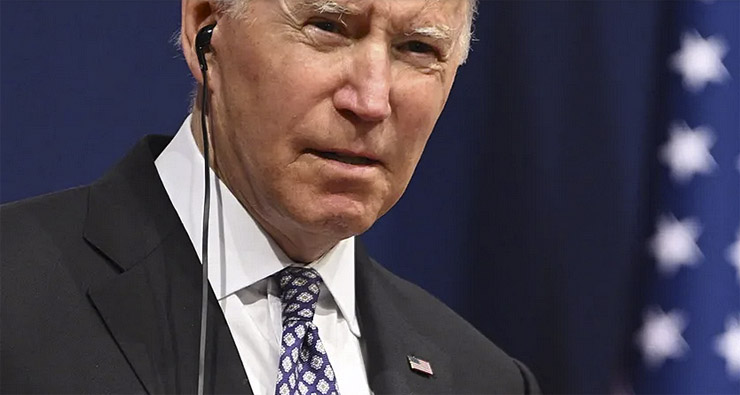 Democrats Scramble to Distract From the Economy by Jeff Crouere

In the final days of the most important midterm election in American history, the Democrats, the party with absolute power, are frantically trying to distract voters from focusing on their most important priority. Polls are indicating that voters are primarily concerned about their financial well-being.

A recent ABC News/Ipsos poll showed 50% of the respondents cited either the economy or inflation as the most important issue in the upcoming election. According to the poll, no other issue topped 20% among those surveyed.

These results should surprise no one as the economic issues impact the lives of Americans more than any other matter. Almost every American is economically harmed by rising interest rates and increases in grocery and gasoline prices. This is what disturbs Democrats so much about this upcoming election. They can run, but they cannot hide from their horrible economic record.

Since Joe Biden was inaugurated as President, the American economy has declined significantly. When Biden was inaugurated, the inflation rate was 1.4%, gasoline prices were $2.39 per gallon and interest rates were low. The economy was improving from the depths of the pandemic and more Americans were feeling confident about the future.

How times have changed in just 21 months! In that time, inflation has skyrocketed, the first two quarters of the year showed negative economic growth, which is the historic definition of a recession, and interest rates have climbed significantly as the Federal Reserve desperately tries battling the inflation problem.

With a souring economy as the most critical issue, it makes perfect sense for the Republicans to lead Democrats in the latest “generic” polls rating the popularity of both parties. A new Suffolk University/USA Today poll indicates that 49% of voters preferred Republican candidates while only 45% preferred Democratic candidates. This is a significant improvement for the GOP from the late July poll in which the Democrats held a 4% edge.

With the polls turning against the Democrats, and some of their candidates are floundering, like U.S. Senate hopeful John Fetterman in Pennsylvania and Arizona gubernatorial nominee Katie Hobbs in Arizona, there is a frantic scramble to change the subject. Democrats are looking for some sort of an “October Surprise,” a major event that will upend the political calculations of this election.

Will the issue of “political violence” work? Democrats are seizing on the attack on Paul Pelosi, the husband of House Speaker Nancy Pelosi (D-CA), by a crazed nudist as a negative reflection on Republicans and President Donald Trump supporters. Biden even linked the attack to January 6, 2021, U.S. Capitol protests. Considering the Pelosi attacker had been spewing conspiracy theories from across the political spectrum and had a “Black Lives Matter” sign on his home, it will be extremely difficult to link him to Republicans.

Regarding political violence, it is noteworthy that the media ignored a story in which a canvasser working for U.S. Senate candidate Marco Rubio (R-FL) was brutally attacked as he was distributing materials in a Hialeah, Florida neighborhood. The volunteer was pummeled by two assailants who told him he was not welcome in their neighborhood. Of the media who did mention the story, some reporters blamed the victim and accused him of being a white supremacist.

Along with the political violence narrative, Democrats are still fuming about President Trump and working overtime to link him to an array of problems. Nonetheless, Trump is not the issue in this election, it is Biden and his dismal performance. Under President Trump, the country was doing much better economically and in practically every other measure.

It is Biden and the Democrats who deserve 100% of the blame for the woes the country is facing today. Crime is surging in cities controlled by Democrats. The border is open because President Biden decided to halt the border wall and allow millions of illegal immigrants to enter the country. Despite claims from a range of Biden officials that the “border is closed,” it is undoubtedly open.

Biden turned our energy independence to energy dependence on foreign countries. He shut down the Keystone XL pipeline and placed a moratorium on new oil and gas leases to drill on federal property and in the Arctic National Wildlife Refuge. Simultaneously, the mantra from the entire administration was for Americans to buy electric vehicles and support “renewable” energy.

The results show that the average price of gasoline is $3.76 per gallon today or $1.37 per gallon higher than when Biden took office. The gasoline prices would be even higher if not for Biden’s political raiding of the Strategic Petroleum Reserve. The country is now in danger since the Strategic Petroleum Reserve, which is supposed to be used only in national emergencies, is at its lowest level in forty years.

Another issue Democrats are trying is the January 6th “insurrection.” However, their biased congressional hearings have not generated much attention and Americans are not obsessed with that issue like Democrat politicians.

With everything else failing, Democrats are left to scream about the threat to “women’s health.” Of course, this means that if any state imposes restrictions on abortion, it is tantamount to an attack on “women’s health.”

Ever since the Supreme Court decision overturning Roe v. Wade, Democrats have seized on the abortion issue to bolster their support among female voters. Unfortunately, for Democrats, this obvious ploy is not working.

Despite their constant refrain that Republicans are toxic to women and are a threat to their “health” due to their pro-life stance, the new ABC News/Ipsos poll shows that only 16% of voters rank abortion as the top issue in the election. While Democrats are more concerned about abortion, it is not registering as a top priority for independent voters, the group both parties try to attract in an election.

What was true in 1992, when consultant James Carville created the celebrated slogan, “It’s the Economy Stupid,” is still true today, except, this time, it will be the Democrats on the losing end.