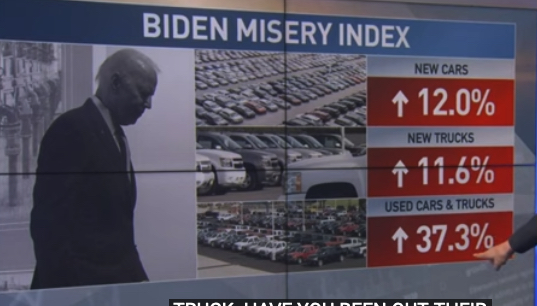 A Conversation About the Midterm Election Red Wave That Didn’t Materialize by Miguel A. Faria, MD (editor)

RE: Why did we lose the opportunity afforded by the 2022 midterm election?

… I can’t believe we lost the Senate. Incredible! But we have flipped the House, which as of today, twelve days later, has been by a razor-thin margin of either 212 versus 218 or 211 versus 219 votes, depending on Fox News or Newsmax projections with 5 or 6 seats still contended. With that said, let me just lament that after two years of misery, raising inflation, crime and even riots—where the perpetrators were allowed to rampage, loot, and burn without any semblance of law and order, and sometimes with even the blessings of Democrats—that the GOP did not prevail in the midterm elections and did not receive a landslide is incredible!

But this is the result of the successful incitement of the dark side of human nature by the Democrats and the media, which has been going on for a long time and exacerbated since the Trump years. Socialism and envy are the order of the day in at least half the population, particularly the young people, who now openly prefer socialism and collectivism to individual freedom and free enterprise capitalism. The unending indoctrination by their Marxist professors, the brainwashing by the media, and the degeneracy of the popular culture have succeeded.

I remember a National Geographic interview in the 1990s with a Cuban in Havana. This interview took place at the time of the Zero Option in Cuba—that was when total subsistence standard of living and misery following the collapse of the USSR was expected on the island and admitted by Fidel Castro. In any event, the reporter was told by the Cuban interviewee that Cubans were going through a miserable time, with hunger, deprivation, squalor, even prostitution for their survival.

Then the reporter asked the man, “Well do you want the return of capitalism and freedom instead of socialism and regimentation for Cuba?” The Cuban responded, “No. We should keep it as it is with socialism because otherwise the rich Cubans from Miami would return and take back their properties, accumulate wealth, and remain rich while the rest of the people will be poor!”

And that summarizes it. The same attitude is overtaking the U.S.—that is, misery, crime, inflation, lack of or substandard products. It is also difficult to find skilled and even unskilled workers to do anything. When workers are found, labor prices are almost unaffordable. It seems that today only the Mexicans are willing to do all the physical work from home construction to landscaping, at least here in the southeast United States! Citizens prefer to live out of government handouts! Despite the deterioration in living standard and outright misery, half of the Americans voted Democrat (and socialist). In my view, this is due to envy of those they perceive doing better than themselves—a false perception created as a result of the “soak the rich” mantra that has been repeated excessively by the Democrats. This same phenomenon just happened in Brazil.

God help us! Hopefully, the House of Representative will stand up to the destroyers!

cc. I’m also sending this letter to a few friends who may be interested.

We concluded much the same… California, which leads the nation into the future, has become a Leftist-dominated, delusional state of people whose governor symbolizes the elite, who have privilege but care little about others. One reason we are leaving California is we are no longer satisfied with the health care available here! For one thing, I would not follow any of the recommendations on the vaccine. They are programmed as to what is allowed to advise on this issue and they toe the political line…

We have talked with a number of people from both the middle and lower class in this area, who got it right and have good values. One family lost their grape farm in California and was devastated. An immigrant from Bosnia works for what he has, believes America is better than Bosnia, but thinks the government here has it all wrong. He does not like what the schools are teaching his children. Another Mexican lady lives far out of town and worries about her children getting into trouble because of the rough environment in which they live and the increase in crime. Another was a man in his sixties, who devoted the last 21 years of his life to helping his mother, a Holocaust survivor, until she died. She did everything for him; that was what he owed her. These are the guts of what America should be. We stopped along the way at a burger place that was filled with young people and we overheard some of their conversations. There is no way they would have voted for less government, they are dependent, that is the payout.

I have read a lot about the reasons why there was no red wave. I am convinced that many people know what they are saying or understand the reasons for their votes. The talking heads were talking differently 1 to 2 weeks ago. The initial reaction was to blame Trump as a scapegoat. I heard that from a group of fellow Jews, who reflexly had that explanation without any proof. They had been against him for 6 years, which to me is frankly outright bias. In this group only one person had ever met Trump and worked with him for three months, and only this person thought he was decent, fair, and honest. Yet, for those who never met him, they had only hatred, which is emotional and not based on reason.

There is a mob mentality among the educated. It also explains why so many in Germany supported Hitler, and today many people are similarly anti-semitic. Blame someone else for your failures. That is easy to conceive and easy for everyone to agree. That mentality is ruling the nation now… I see the mobs running the businesses, which are paying protection fees so that the BLM, Antifa, and other groups supporting socialism and the Democrats, will not destroy their commerce with extortion, defamation, and violence. Disney has lost one-third of its value because it has lost its contact with families and people by going woke. The same is happening with many other mega corporations, especially health care.

Lawyers, who are willing to defend both sides as part of their profession, have been threatened for supporting Trump, and those who did, found their licenses under suspension. The doctors in California did not even protest when their right to talk with patients was put in jeopardy over Covid discussions. No one realizes that these are the initial steps to suppression of freedom and government control of the professions.

That is what we see; but we have always been for the poor and the underdog. I read Science magazine and am amazed at the bias and outright ignorance of the truth about the Covid vaccines and climate change. Academia is fully corrupted as they are on academic welfare, and will do anything not to compromise their positions.

The NIH is corrupted as are the hospitals, many doctors, and the grant system. In the end money talks, which China understands is America’s Achilles heel, and therefore they are exploiting this weakness. Principles no longer exist.

So, you are not alone. We have lost our voice, which is what Trump symbolized. We think it will take at least three generations to correct this problem, not just one election. The problems are deep. We are not sure if it ever will be changed. I talked with some young doctors in Scotland, who asked good questions about the future and who care about people. So, there may still be hope. Certainly not to be seen in our lifetimes. We are grateful for all we have and our friends like you and Helen.

Cheers, and thanks for sharing your views. We are thinking the same.

Today’s American citizens remind me of the Israelites in Genesis. They’re rescued out of bondage after a series of miracles, escape through the parted Red Sea, are fed in the desert with manna from Heaven, and then the minute Moses leaves to go get the Ten Commandments, the idiots fashion a golden calf.

Consider that metaphorical if you will—the reality of what we were bequeathed by the Founders and what it took to build it comes with plenty of substantiation.

The willfully deluded are bent on squandering the “Blessings of Liberty” that have raised this nation to unheard of heights of freedom in exchange for chains they not only don’t recognize but demand for all. I fear the descent is far from over and the road back will be long and dark and full of suffering.

David Codrea,
The War on Guns: Notes from the Resistance
AmmoLand
Firearms News

Thank you for the copy of this letter, but I am not sure if our losses were entirely due to the “envy” you describe. I understand what you mean. I thought for six years they were destroying President Trump because they were scared of his re-election in 2024. I am certain of that now after I saw their swift response to his announcement to run for a second term. But now, I wonder if I was wrong in overlooking the midterms.

Traditionally, the incumbent party accepts that it will take some losses during a midterm election, but maybe this time the DEMS felt they could use Trump and their predation upon Republicans to minimize midterm loses. They must have planned this, so we should have expected that their attacks were not only for more long-term damage to us in 2024 but also for shorter-term gains for them in 2022. Maybe you did think this but it hadn’t occurred to me, and I was sure we would crush them in the recently concluded elections.

Editor’s Note: Dr. Bogart is also correct, but entrenched envy—with the growth of socialistic mentality engendered by chronic indoctrination and the acceptance of authoritarianism that came as part and parcel of big government since at least the 1960s and accelerated exponentially after every Democrat administration since the time of Bill Clinton and Janet Reno—played a large role in the electoral results on top of the evidence for record number of fraud at the ballot box. —Dr. Miguel A. Faria

You have always had a clear, thoughtful and historically accurate view of politics and sociology. I miss seeing you and hope we can get together in person to catch up on our paths since we last met. I remember with great joy the wonderful Friday evenings we spent at the old Irish pub discussing all of these issues.

All the best and my love to Helen,
Dan

I agree. Many of our youth are total idiots. They have absolutely no capacity to think. It reminds me of the old quote, “A cause is not lost because it is skillfully attacked, but because it is ineptly defended.” I blame the conservative leadership for all this. They talk to themselves and sit around a table eating lavish meals while the world goes to hell. Only a few have actually done the real work needed.

This article may be cited as: Faria MA. A Conversation About the Midterm Election Red Wave That Didn’t Materialize. HaciendaPublishing.com, November 20, 2022. Available from: https://haciendapublishing.com/a-conversation-about-the-midterm-election-red-wave-that-didnt-materialize-by-miguel-a-faria-md-editor.

1 thought on “A Conversation About the Midterm Election Red Wave That Didn’t Materialize by Miguel A. Faria, MD (editor)”