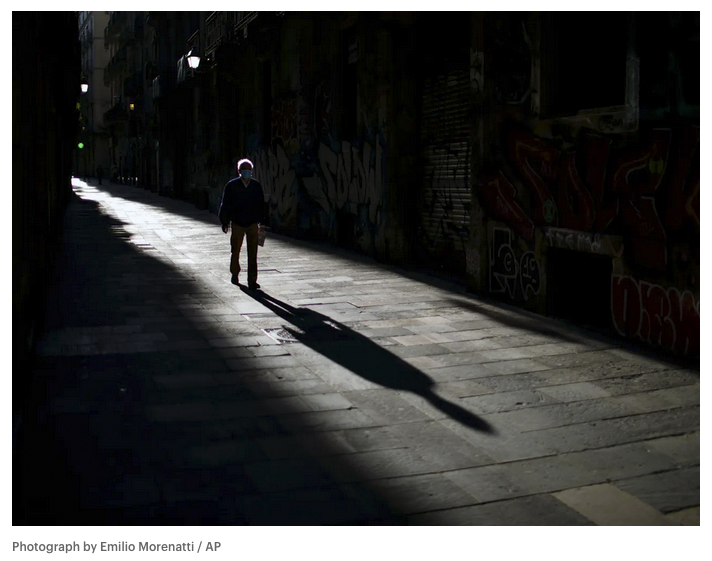 Georg Hegel (1770-1831), the father of dialectical idealism, which Karl Marx transmogrified and misappropriated as dialectical materialism, lamented that what we learn from history is that man does not learn its lessons! Despite what we have learned about the deleterious effects of draconian gun control in other countries, particularly during the last bloody century, politicians with authoritarian leanings, mostly Democrats but also some Republicans, continue to beat the drums calling for more gun control.

Gun control features prominently in the police state designs of totalitarian states with which any student of history is familiar. Take for instance:

Once this mechanism of oppression is firmly in place, persecution and elimination of political opponents follows, and every social, political and economic policy the Total State desires can be implemented. This has happened in National Socialist states such as Nazi Germany, Fascist states such as Italy under Mussolini, and Communist powers such as the former Soviet Union (and its satellites behind the Iron Curtain) and Red China.

It is therefore astonishing and disturbing Americans have been assailed in the last several years by politicians putting forth dangerous proposals leading to the construction of the type of freedom-eroding scaffold which is anathema to the individual liberties our Founding Fathers bequeathed to us as responsible citizens capable of self-governance.

Construction of this scaffold reaching up to an authoritarian tower is the case with several bills that were introduced in Congress in 2000, all of which could be reintroduced in this Congress, requiring that all “qualifying firearms” in the hands of law-abiding citizens be registered. One of them is Sen. Dianne Feinstein’s, D-Calif., bill, S-2525, also sponsored by Charles Schumer, D-N.Y., Barbara Boxer, D-Calif., and Frank Lautenberg, D-N.J.

This dangerous proposal requires that all persons be fingerprinted, licensed with passport-size photographs, and forced to reveal certain personal information as conditions for licensure. As the measure itself elaborates, “It is in the national interest and within the role of the federal government to ensure that the regulation of firearms is uniform among the states, that law enforcement can quickly and effectively trace firearms used in crime, and that firearms owners know to use and safely store their firearms.”

Another such bill is that proposed by Sen. Jack Reed, D-R.I., S-2099, mandating gun owners to, likewise, register their firearms (in essence, establish a national gun registry), and treats handguns, for purposes of federal statue, like machine guns, short barrel shotguns, grenades and other specialized weapons. It gives gun owners one year to register all handguns. This will be effected by a vigorous public campaign funded by the taxpayers, as is already the case in Canada today.

The Canadian experience itself is instructive. Lorne Gunter, in the Edmonton Journal (Oct. 13, 2000), reveals the Canadian Outreach program to register all gun owners is falling short. The result and cost of this Outreach campaign not only has failed to bring in the expected 1.4 million gun owners (to only one-third of that, 486,000), but it has exceeded the projected price tag. The latest estimates project the cost of the registry from December 1998 through March 2001 at $600 million, seven times the original estimate of $85 million,” Gunter wrote.

Americans, and now Canadians, have pointed out that rather than helping track criminals and their guns as claimed, registration of firearms is dangerous to the liberties of law-abiding citizens, and as we shall see, counterproductive against criminals.

Unbeknownst to many Americans, who having seen and experienced mostly the goodness of America, gun registration is the gateway to civilian disarmament, which often precedes genocide. In the monumental book Lethal Laws, published by Jews for the Preservation of Firearm Ownership, we learn that authoritarian governments that conducted genocide and mass killings of their own populations, first disarmed their citizens. The recipe for accomplishing this goal went as follows: demonizing of guns, registration, then banning and confiscation, and finally total civilian disarmament. Enslavement of the people then followed with limited resistance, as was the case in Nazi Germany, the Soviet Union, Red China, Cuba and other totalitarian regimes of the 20th century.

Frequently, when presented with these deadly chronicles and the perilous historic sequence — namely, that gun registration is followed by banning, confiscation, civilian disarmament and, ultimately, by authoritarianism — naïve Americans opine that it cannot happen here.

As to the dangers of licensing of gun owners and registration of firearms, they frequently retort, “If you don’t have anything to hide, then you don’t have anything to fear!” Followed by, “I see nothing wrong with gun registration because we have to do something; there are just too many guns out there that fall into the wrong hands.” This is not only a naïve but also a dangerous attitude because governments have a penchant to accrue power at the expense of the liberties of individual citizens. Civilian disarmament is not only dangerous to one’s liberties but also counterproductive in achieving safety.

This has been further attested by two other great books. One is University of Hawaii professor R.J. Rummel’s Death by Government (1994). The other book is Stéphane Courtois’ The Black Book of Communism (1999). These books make it clear authoritarianism and totalitarianism are dangerous to the health of humanity. During the 20th century, an excess of 100 million people were killed by their own governments bent on destroying liberty and building socialism and collectivism.

Our Founding Fathers recognized the danger of tyranny. Thomas Jefferson had admonished us long ago, “Eternal vigilance is the price of liberty.”

I can personally testify that when Cubans lost their guns in 1959, they also lost their ability to regain freedom. Thus today, Cubans on the other side of the Florida Strait remain enslaved in what was supposed to have been the dream of a socialist utopia, the ultimate Caribbean Worker’s Paradise. What they ended up with was the nightmare of a police state in a communist island prison.

Another fact Americans need to understand is that registration is directed to law-abiding citizens, not criminals. Not only do convicted criminals by definition fail to obey the law, but they are constitutionally protected against any registration requirement. In Haynes vs. United States, the U.S. Supreme Court in 1968 ruled 7 to 1 that compelling registration by those who may not lawfully possess firearms amounts to a violation of the Fifth Amendment’s proscription against forced self-incrimination. In other words, the court said that if someone “realistically can expect that registration [of a firearm] will substantially increase the likelihood of his prosecution,” the registration requirement is unconstitutional.

Astonishingly as it may sound, some courts have ruled that registration of firearms only applies to lawful citizens, not to felons. This has been pointed out by Legal scholar Don B. Kates in “Firearms and Violence — Issues of Public Policy” (1984; p. 14-21) mentioning, for example, the Kastigar v. United States, 406 U.S. 441 (1972) decision. Does exemption of felons from gun registration sound irrational? It certainly does! Were gun registration to be implemented in the United States, criminals and felons could very well not be expected to register their weapons, since they are already felons proscribed from legally owning firearms. Requiring them to register their guns, some courts may opine, would necessarily incriminate them, and this would violate their Fifth Amendment rights.

Although with the new administration in Washington, registration may not be a politically viable option, other freedom-eroding measures remain a real concern, particularly if they continue to be passed, hidden in the voluminous legislation passed by Congress year after year. Americans must remain informed and vigilant to preserve their sacred tradition and their liberties and prevent enactment of piecemeal gun control legislation, e.g., closing of gun shows with burdensome regulations, rationing lawful gun purchases, and the banning of the importation of certain magazines and firearm accessories, etc. Gun control should be directed against criminals and felons, and should best be referred to as crime control rather than gun control.

In short, with the historically crucial and potentially fatal issue of progressive civilian disarmament, perhaps, we should once again summon the words of our wise Founders; this time those echoed by Jefferson’s fellow Virginian, Richard Henry Lee (“Letters from the Federal Farmer,” 1788): “To preserve liberty, it is essential that the whole body of the people always possess arms, and be taught alike, especially when young, how to use them.” Yes, the easiest way to enslave citizens is to disarm them.

Dr. Miguel A. Faria Jr. is the editor-in-chief of Medical Sentinel, the official journal of the Association of American Physicians and Surgeons, author of Vandals at the Gates of Medicine: Historic Perspectives on the Battle Over Health Care Reform (1995) and Medical Warrior: Fighting Corporate Socialized Medicine (Macon, Ga., Hacienda Publishing Inc., 1997). He is a contributor to NewsMax.com and a columnist for LaNuevaCuba.com. His latest book is Cuba in Revolution: Escape From a Lost Paradise (2002).

This article may be cited as: Faria MA. National Gun Registration — Paving the Road to Tyranny. HaciendaPublishing.com, August 31, 2001. Available from: https://haciendapublishing.com/national-gun-registration–paving-the-road-to-tyranny/.

An edited version of this article was also published in The Freeman—Ideas on Liberty on March 1, 2001.