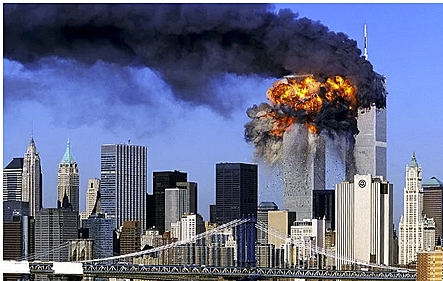 Freedom and Security in the Age of Terrorism

America’s Founding Fathers, our prescient, venerable predecessors, established for us a Constitutional Republic, limited government by the rule of law and with the consent of the governed. They also said, in the voice of Benjamin Franklin (1787), our newly founded nation was and should remain a Republic, if we can keep it, if we can preserve it as a cherished legacy for posterity.

Recall the words of our first president, George Washington, who in his farewell address in 1796 advised us: “Tis our true policy to steer clear of permanent alliances, with any portion of the foreign world.”

John Adams, our second president, added in 1789 that, “our Constitution was made only for a moral and religious people. It’s wholly inadequate for the government of any other [people].”

These words were echoed by our philosopher-president, the author of the Declaration of Independence and our third president, Thomas Jefferson, who advised us to remain free of entangling alliances with the rest of the world. In his first inaugural address, March 4, 1801, Jefferson said:

“Equal and exact justice to all men, of whatever state of persuasion, religious or political; peace, commerce, and honest friendship with all nations, entangling alliances with none. These principles form the bright constellation that has gone before us and guided our steps through an age of Revolution. The wisdom of our sages and blood of heroes have been devoted to their attainment.”

And yet, we have drifted away from the wisdom of our Founders. We have strayed from the wisdom and guidance of our Constitution. We have jumped onto the bandwagon of the United Nations, an ungodly organization that, time after time, has displayed its open belligerence and hostility toward these United States. Year after year many nations in the U.N., nations to which we render humanitarian assistance and repeatedly give foreign aid, vote against us.

U.N. member nations stab us in the back with their intrigues and their votes, condemn our way of life, heap scorn on our Bill of Rights, denigrate our individualism, insult our Judeo-Christian heritage, denounce our Second Amendment rights and our sovereignty, etc., and insult America in every imaginable way.

American citizenship is a precious jewel, a privilege, and not a welfare entitlement to be dispensed to anyone who wants it because of political correctness, diversity and multiculturalism. America is more than a country; it is a unique concept, a concept of life, liberty and the pursuit of happiness.

I’m not urging stern isolationism. We should have cordial relations and commerce with all civilized nations, but we don¹t have to get entangled in foreign alliances that involve us detrimentally (e.g., U.N. Peacekeepers) in the affairs of other nations.

We have known for years that the U.N. contains despicable people, Third World thugs, foreign agents, and sundry enemies of freedom. Let’s send them packing out of New York. Let’s get America out of the U.N. and the U.N. out of America.

We have entered a new uncertain age, a trying age of terrorism and war that will determine our path into the future. We are under siege by evil in the shadows and enemies of freedom. The bridge of “change” the liberals have been talking about and building for decades into the 21st century has been completed. It does not lead to the magnificent global, socialist utopia of multiculturalism, forced equality, diversity and political correctness, but to foolishness and openness that has made us vulnerable to unspeakable, satanic evil.

But Americans should not despair. At this moment of grief and rebuilding of our nation, let us be strong, recalling the words of Thomas Paine, who wrote in the American Crisis, December 23, 1776:

“These are the times that try men’s souls. The summer soldier and the sunshine patriot will, in this crisis, shrink from the service of their country; but he that stands it now deserves the love and thanks of man and woman. Tyranny, like hell, is not easily conquered; yet we have this consolation with us, that the harder the conflict, the more glorious the triumph. What we obtain too cheap, we esteem too lightly; ’tis dearness only that gives everything its value. Heaven knows how to put a proper price upon its goods; and it would be strange indeed, if so celestial an article as Freedom should not be highly rated.”

As George Washington stated in his first inaugural address, April 30, 1789: “The preservation of the sacred fire of liberty, and the destiny of the republican model of government, are justly considered as deeply, perhaps as finally staked, on the experiment entrusted to the hands of the American people.”

So, it’s not the time to despair! Nor do we need to surrender any freedom for the false pretense of security. The only place where we may find complete safety (erroneously, of course) is in the maximum-security prison of a police state. No, we do not need to surrender any of our liberties. If we do, then we will cease to be these United States of America, and the terrorist fanatics will have won. Never!

We need to punish those responsible for the heinous acts, but we do not need to restrict the freedom of U.S. citizens. Those who insist on giving up some of our freedoms in the name of fighting terrorism may have a different agenda — that is, advancing State power at the expense of the individual liberty of law-abiding Americans.

Let us remember Patrick Henry, the great Virginia statesman, who urged us to “guard with jealous attention the public liberty. Suspect everyone who approaches that jewel. Unfortunately, nothing will preserve it, but downright force; whenever you give up that force, you are inevitably ruined.”

Those who, as Benjamin Franklin (1759) stated, want to give up essential liberty for a little temporary safety deserve neither liberty nor safety.

Miguel A. Faria Jr., M.D., is editor in chief of Medical Sentinel of the Association of American Physicians and Surgeons (AAPS) and author of Vandals at the Gates of Medicine (1995) and Medical Warrior: Fighting Corporate Socialized Medicine (1997). Advance copies of his book Cuba in Revolution: Escape From a Lost Paradise will be available in the fall of 2001. Website: HaciendaPublishing.com.

This article may be cited as: Faria MA. Freedom and Security in the Age of Terrorism. NewsMax.com, September 28, 2001. Available from: https://haciendapublishing.com/freedom-and-security-in-the-age-of-terrorism/.