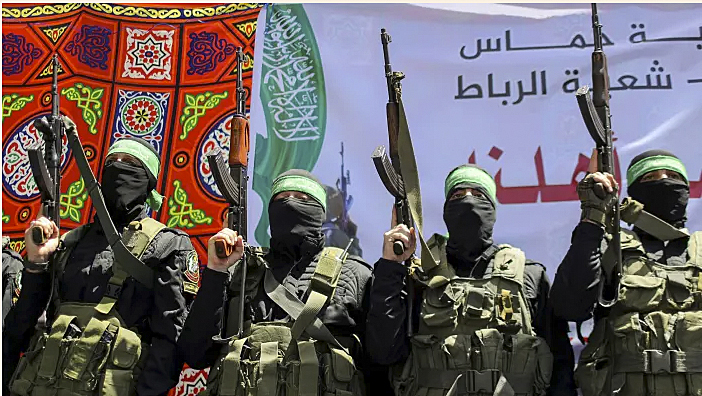 Hamas and the Terrorism Dilemma by Douglas P. Harden

The United States’ support for our ally, Israel, must be steadfast, unyielding, and robust. Israel is surrounded by Arab states, many of them either do not recognize the right of Israel to exist or some Arab states actively work towards inciting violence in Israel. There are many issues involved in the Israeli/Palestinian peace process. Perhaps too many to list comprehensively. Non-state actors, for example, terrorist groups, are a major factor in this equation. Terrorist groups also play a major role in the inability of the entities involved in the peace process by hampering the development and maintenance of a framework for peace negotiations and agreements because of their propensity towards violence. While major terrorist groups emanate from the Middle East, many have worldwide reach. U.S. national defense policy must be robust concerning the elimination of terrorism that threatens our national security.

In the Middle East, one main point of contention for the peace process is the Palestinian settlements in the West Bank and the Gaza Strip; and one group, in particular, plays a major role in the politics and activities in the Gaza Strip —i.e., Hamas, a fundamentalist Palestinian Sunni-Islamic, militant, and nationalist organization. Hamas is an acronym that stands for Harakat al-Muqawama al-Islamiya, meaning Islamic Resistance Movement. The United States has designated Hamas as a terrorist organization because of its armed conflict and use of violence against Israel, which has included suicide bombings and rocket attacks. Hamas’s aims and methods have evolved over time since its inception in the 1960s. In 1988, Hamas published its charter, calling for the destruction of Israel and the establishment of an Islamic society in historic Palestine.

Like Hezbollah, Hamas has an entity that provides social services known as Dawah and a military entity called the Izz ad-Din al-Qassam Brigades. And, like Hezbollah, it is a major political entity in the politics of the Gaza Strip. For example, it holds a majority in the parliament of the Palestinian National Authority. In 2006, Hamas won a majority of seats in the Palestinian Authority’s legislature and formed a government. Hamas’s popularity jumped following its conflict with Israel in May 2021, a trend regularly seen after bouts of violence with Israel. Hamas fired rockets into Israel for days. Israel was able to resist much of these attacks with its Iron Dome defense initiative. A poll conducted later found that 53 percent of Palestinians surveyed in the Gaza Strip and the West Bank believe that Hamas is “most deserving of representing and leading the Palestinian people,” compared with only 14 percent who prefer the group known as Fatah.

A major theme in the Palestinian cause and ideology and that of the greater Arab and Islamic world is the “intifada” which means, “shaking off.” Many Palestinians want to “shake off” what they see as an occupation of their homeland by Israel. Here is a brief history and background:

There were two popular uprisings of Palestinians in the West Bank and Gaza Strip that were focused on ending Israel’s occupation of the West Bank and Gaza Strip and creating an independent Palestinian state. The first intifada started in December 1987 and ended in September 1993 with the signing of the first Oslo Accords, which developed and provided a framework for peace negotiations between Israel and the Palestinians. The second intifada, also known as the Al-Aqṣā intifada, began in September 2000. Although no single event has signaled its official end, most experts agree that it had concluded by late 2005. The two uprisings resulted in the death of more than 5,000 Palestinians and 1,400 Israelis. These intifadas resemble the Tet Offensive in Vietnam in many ways.

The issue for the United States, Israel, Hamas, and others involved in the peace process is multi-dimensional. The Palestinian cause is so fragmented with different political groups that have different aims and varying resources that the “Palestinian” people cannot coalesce and form a unified political entity capable of serving as a unitary actor in negotiations or act as a peaceful self-governing body, and functioning as a legitimate state.

Naturally, Israel is frustrated with the factions because it cannot easily determine who speaks for and acts on behalf of the Palestinian cause. Similarly, the United States is in the same position. The lack of statehood and national cohesion of the Palestinian cause makes progress difficult. This is exacerbated by terrorist groups like Hamas, attacking Israel and inflaming tensions within Israel and throughout the Palestinian territories in the West Bank and the Gaza Strip.

Many experts say Hamas has few incentives, if any, to join the Palestinian Authority. Doing so would cause the need for concessions. For example, the Middle East Quartet, which is composed of the United States, United Nations, the European Union, and Russia; asserts that any Palestinian government involving Hamas can only receive international recognition and aid, if Hamas recognizes Israel, renounces violence, and accepts the PLO’s signed agreements with Israel — something that is unlikely to happen.

The prospects for peace between Israel and the Palestinians look bleak given the number of terrorist groups and political factions involved. This is complicated by ongoing violence and a lack of confidence-building measures that terrorist groups cannot achieve, unlike states who can. Nationalism and religious fundamentalism are the lifeblood of these groups and they are a force so strong throughout the Arab world that makes it difficult to eradicate. They animate and motivate millions of adherents to fanatical heights of violence and extremism that seem unimaginable. Their historic and contemporary fervor and resolve seem undeterred even with the use of military force. Their ability to circumvent law, custom, and accord is astounding.

Israel is our moral, military, and political ally, and a beacon of freedom, hope, and law and order in a region plagued by thousands of years of violence and instability. In order to move forward with a plausible peace process between Israel and the Palestinian people, several things must occur, these include an end to the practice of terrorism by Hamas and other groups and coalescing the Palestinian people under one, central, peaceful framework — i.e., the Palestinian Authority — and advancing and enacting reasonable and workable propositions for statehood recognition, settlement protection of Israelis and Palestinians in various regions, and putting nonviolent, peaceful accords and agreements in place that are enforceable, feasible, and verifiable, albeit without the presence and threat of terrorist groups like Hamas. This remains a bold problem, indeed, and a dilemma for U.S. policymakers.

This article may be cited as: Harden DP. Hamas and the Terrorism Dilemma. HaciendaPublishing.com, June 27, 2022.  Available from: https://haciendapublishing.com/hamas-and-the-terrorism-dilemma-by-douglas-p-harden/.