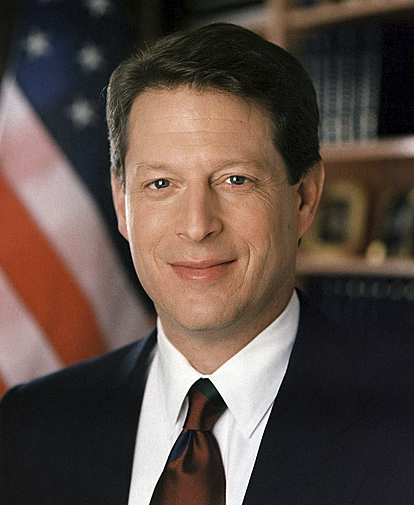 Although it is not yet mid-autumn (and we are already experiencing record low temperatures in certain areas of the country), presidential candidate Al Gore, you can be sure, will continue to preach about the perils of global warming, ozone depletion, and the burning of fossil fuels.

In fact, environmental and ecological concerns about the latter caused gasoline prices to rise this summer and will cause natural gas prices to rise this expected cold winter because of the accumulating high fuel taxes and severe environmental restrictions on the exploration, drilling, and extraction of abundant fossil fuels from our own continent.

And yet, one of the greatest threats to the environment in the Western Hemisphere, particularly the southeastern United States and the Caribbean basin, is not the internal combustion engine of our automobiles, as predicated by Vice President Al Gore in his cataclysmic “Earth in the Balance,” but the obsolete nuclear power plant being constructed in Cienfuegos, Cuba.

The Juraguá nuclear plant is located only 180 miles off the U.S. coast in the seismically active area of Cuba. Fidel Castro and the Soviets chose this area in 1983 because it was conveniently located near the submarine naval base in Cienfuegos, Cuba’s premier harbor in its southern coast. Yet I’m certain that you will not hear environmental champion Al Gore denounce the environmental threat this facility poses in the Western Hemisphere.

The Juraguá nuclear power plant was shoddily constructed with Chernobyl-type (Model VVER-440) Soviet reactors, which are already obsolete, although the facility is not yet believed to be operational.

In 1992, the U.S. Council for Energy Awareness warned, “The VVER design does not meet Western safety standards,” and in his book “The Poisoning of Paradise,” José R. Oro explains that the plant is “shoddily constructed” and the reactors “fatally flawed.” Thus, “the first reactor’s dome would not be able to contain the pressures associated with meltdown conditions.”(1)

While in January 1997, Fidel Castro announced that completion of the Juraguá plant would be postponed, barely a month later Russia admitted to the U.S. that it intended to finish the project. Later in Vienna at the International Energy Conference, Cuban officials conceded the veracity of the information provided by the Russians. Yet, at the time, the GAO estimated that the facility was already 90 percent constructed and 30 percent “technically” complete.

Most ominously, the GAO also estimated that 60 percent of the Soviet-supplied materials were defective. This disturbing information has been substantiated by two Cuban defectors, no less than two senior engineers in charge of quality control at Juraguá:

Pelayo Calante has warned the U.S. about the potential catastrophe that could take place if the VVER-440 reactors are activated, because equipment is used for purposes for which it was not designed, according to the October issue of The American Sentinel. For his part, Vladimir Cervera revealed “that X-rays showed welded pipe joints weakened by air pockets, bad soldering and heat damage.”

Activation of these reactors then could be calamitous for Cuba, other Caribbean nations, and the U.S. The National Oceanic and Atmospheric Administration (NOAA) has estimated that 50 to 80 million Americans in the southeastern U.S. (i.e., extending as far north as Chicago, as far west as Dallas, and northeasterly to include Washington, D.C.) could be exposed to dangerous levels of radiation.

And yet, don’t hold your breath waiting for Vice President Al Gore, the environmental champion, and his disciples in the environmental movement to denounce the communist regime of Fidel Castro for this needless environmental threat. In fact, the Nuclear Information and Resource Service (NIRS), which represents anti-nuclear groups, has remained muted, claiming: “In the current political climate, the Cuban government’s effort to complete the [Cienfuegos] reactors is being used as a tool to ‘bash’ Fidel Castro. It is not in the interest of the environmental community to further politicize Cuba bashing in this vein.”

Ditto for Who is Who in the rest of the environmental, anti-nuclear community, the Sierra Club, Friends of the Earth, the Union of Concerned Scientists, Greenpeace, the Audubon Society and EarthFirst! The American Sentinel could not find any of these groups willing to criticize Fidel Castro for this looming environmental effrontery. One of the environmentalist publications did admit that the dangerous Juraguá plant was not on their “radar screen” because it would be “Castro bashing.”(2) There we go again!

By their complicit silence, you could say that the eco-environmentalists should be added to the orgasmic bed of Fidel Castro(3), and therein lies the hypocrisy of the self-professed environmental champion, presidential candidate Al Gore and his cohorts in the environmental movement. It also demonstrates that the eco-fanatic movement has a watermelon agenda, green on the outside and red on the inside, not unlike those grown in the forced collectives of the workers’ paradise of Fidel Castro’s Cuba.

Miguel A. Faria Jr., M.D. is editor in chief of the Medical Sentinel of the Association of American Physicians and Surgeons (AAPS) and author of “Vandals at the Gates of Medicine” (1995) and “Medical Warrior: Fighting Corporate Socialized Medicine” (1997). He is currently working on a book about Cuba. Web site: HaciendaPublishing.com.