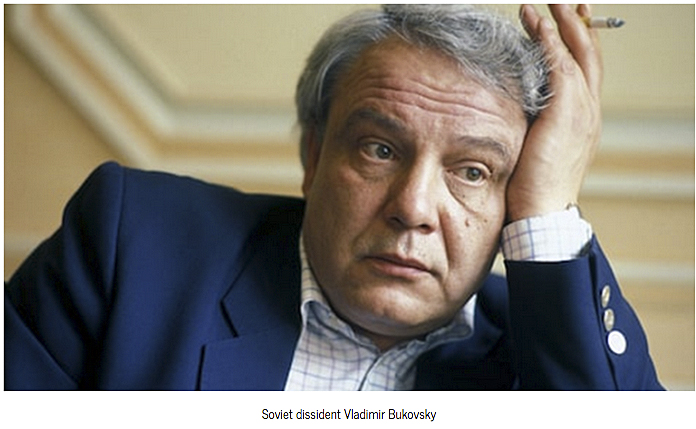 Psychiatry in a Communist Utopia

I recently read a book that should shock freedom-loving and civil-liberty-loving readers, even the libertarians, Objectivists, and Americans of other political persuasions who (thanks to Dr. Thomas Szasz) have come to be skeptical and even critical of psychiatry, particularly in the courtroom.

The Politics of Psychiatry in Revolutionary Cuba by Charles J. Brown and Armando M. Lago (Transaction, 1992) provides irrefutable evidence and graphically documents that the totalitarian government of Cuba has used (and continues to use) psychiatry for political purposes—in this case, political repression, the crushing of dissent, and the establishment of conformity within the political structure of the island prison of communist Cuba.

The authors have carefully investigated the stories of 27 Cuban dissidents charged with political crimes (nonviolent opposition to the regime), arrested, interrogated by the State Security apparatus, and then treated horribly as psychiatric cases. In Cuba, psychiatrists must cooperate with State Security or face reprisals, arrest, and punishment by the communist government; thus there is no opposition to speak of.

A clear pattern emerges from the cases. After arrest, the individuals were usually taken to Villa Marista State Security Headquarters for harsh interrogation, then to the Havana Psychiatric Hospital (also known by its old name, Mazorra) where they underwent unspeakable terror. They were not taken to the meticulously polished floors and corridors of the Paredes ward, where foreign dignitaries go to see the marvelous advances in psychiatry in the Cuban health-care system, but to the horrible Salas Carbó-Serviá and Castellanos wards, which are under the control of State Security.

In those dreadful wards it became obvious that the “patients” were not confined to be treated for “mental illness,” but rather to be terrorized. Some were placed days, weeks, or months among those judged criminally insane to coerce them to submit and conform to the dictates of State Security. Others were forced to ingest large amounts of psychotropic drugs (including Thorazine and other phenothiazines) or to undergo even more barbaric “treatment” with electroconvulsive therapy (ECT), usually without anesthesia or muscle relaxants, under the supervision of a sadistic orderly named Heriberto Mederos, who was actually a State Security agent nicknamed “El Enfermero.”

Every morning at 5 o’clock Mederos and his sadistic assistants, one of whom was nicknamed “El Capitán,” would select the unfortunate ones who would undergo ECT after being doused with cold water (for better electrical conduction!) and thrown on the hard cement floor where the procedure was performed. El Capitán would later sodomize young prisoners. Others would be brutally beaten. One of them was found hanged and incinerated with gasoline.

Psychiatrists were sometimes present. They would interview the prisoners, classify them, and sometimes approve of the “treatment.” Other times they would admit to the prisoners in private that they had not specifically ordered their medication, torture, or rehabilitation. After their detention and confinement patients would be suddenly “dismissed” and transferred to prisons with or without a diagnosis. They would be told they had been “tried in absentia” and sentenced to long terms in such notorious prisons as Combinado del Este, La Cabaña, El Príncipe Castle, El Morro Castle in Havana province; other prisons or mental hospitals such as the Gustavo Machín Psychiatric Hospital (the old Jagua) in Santiago de Cuba; or other facilities throughout the island.

Charges brought against the dissidents included anti-regime activity or trying to leave the country illegally. The case of Nicolás Guillén, the nephew of the former poet laureate of Cuba by the same name, is noteworthy. He was accused of “ideological deviationism” for making a short agricultural film, Arabian Coffee, which contained a scene of Fidel Castro climbing a mountain while the Beatles’ song “Fool on the Hill” played in the background. Guillén was picked up by State Security and taken to Villa Marista, held without trial, and interrogated for six months. He had at least eight sessions of ECT without anesthesia. Although he had fought in the Revolution, he was in and out of prisons and psychiatric hospitals for almost 20 years, from 1970 to 1989, until he was finally allowed to immigrate to Miami where he lives today as an artist.

Most amazing of all is that, although these cases were verified by at least two sources, in some cases by civil rights organizations in the United States such as Freedom House, Of Human Rights, and Americas Watch, as well as international groups such as Amnesty International and the United Nations Human Rights Commission, these cases have not received the attention they deserve. They represent only a small number among the thousands of known Cuban political prisoners languishing in Cuban jails.

The evidence is overwhelming that Cuban psychiatry is totally subordinate to the nefarious purposes of Castro’s communist government. In the past, the World Psychiatric Association (WPA) has refused to investigate these charges because “complaints are examined in association with the WPA Member Society in the country in question. As the WPA has no Member Society in Cuba, we cannot examine the complaint appropriately.” Perhaps it is time for this information to become widely available to the American public so that a cry for justice will be made.

Miguel Faria, Jr., M.D., is editor-in-chief of the Medical Sentinel, published by the Association of American Physicians and Surgeons, and author of Medical Warrior: Fighting Corporate Socialized Medicine.

This article was originally published in The Freeman—Ideas on Liberty on November 1, 2000.