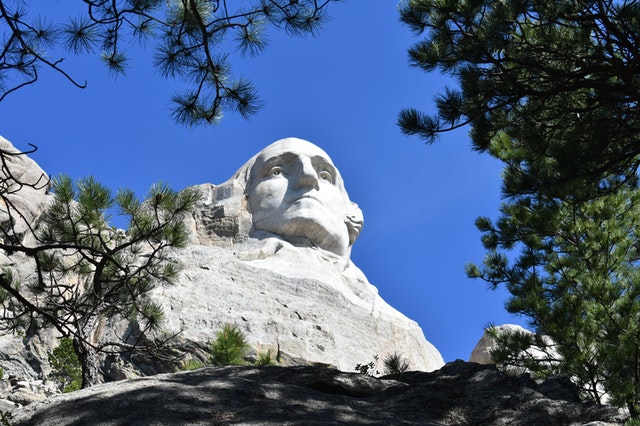 George Washington — Father of the United States of America

A book review of Washington: A Life by Ron Chernow (2010)

Excellent biographies of the Founding Fathers have been published in the last several decades. With these books, the nation seems to yearn for moral and political guidance from America’s founders — i.e., through their words, lives, and actions, as recounted in the pages of history. It seems these tomes are needed to help steer the presently insecure nation through the prevailing rough political waters and treacherous economic shoals of the present global age.

In this vein, such books have assisted us in regaining forgotten or neglected knowledge about the equally trying times of the past and in recognizing the difficult lives and tribulations of the founders —placing them in newer light. David McCullough’s John Adams (2001), for example, placed the “Sage of Quincy” back on his pedestal, as did Harlow Giles Unger with James Monroe’s biography, The Last Founding Father (2009); Joseph Ellis explored the life and paradoxical mind of the American Sphinx (1997), Thomas Jefferson, questioning his place in the sun; Ron Chernow (2004) and Willard Sterne Randall (2003) refurbished Alexander Hamilton’s image, recounting his indomitable life as well as immense political achievements; Ralph Ketcham recollected James Madison (1990), etc. Some writers, such as Gore Vidal and Nancy Isenberg — respectively, while using eloquent novelistic prose as in Burr (1973) or exhaustive research as in Fallen Founder (2007) — have even attempted to place Aaron Burr on a pedestal where he does not belong.

In the present tome, Washington: A Life, Ron Chernow injects life and vitality into the stiff, impassive, and waxen, almost marble imagery, the present age has assigned to George Washington via the formal paintings of Gilbert Stuart and other official artistic representations, as the embodiment of the “Father of His Country.”

On the political side, much has been said of Alexander Hamilton and George Washington’s political partnership, in which Hamilton is said to be the power behind the throne, influencing Washington’s political philosophy, formulating policy, and carrying the executive branch of government down the Federalist road. The fact is that the two men worked in tandem and shared similar political philosophies; the two men needed each other to place the new unified nation on a solid foundation, and as such destined it for expansion, prosperity, and greatness. And while it is true Washington needed his prodigious aide-de-camp in war, and later in peace, as his brilliant Treasury Secretary, one must also remember that their Republican opponents likewise forged remarkable alliances to oppose them. The imperturbable Thomas Jefferson needed his friend and collaborator, the indomitable James Madison, “the Father of the Constitution,” to oppose the unstoppable Federalist duo. With the death of Washington on December 14, 1799, the political “colossus,” Hamilton, had lost his support and anchor, and the Federalists were doomed. The solid imprint they left for the country, though, would survive largely intact, even through the successive administration of their Democratic-Republican opponents, and would remain as guidance for the nation for ages to come.

Chernow’s Washington is the much-needed, authoritative biography of America’s first president for the modern age. Washington is incarnated in flesh and blood, imbued with human characteristics, suffused with moral strengths and human weaknesses — reflected in such sobering issues as his unresolved moral dilemma about slavery, his consuming preoccupation with rank and propriety, and how he will be seen and judged by posterity. Washington is portrayed in his rarely seen human side, from sharing hardships with his soldiers during the Revolutionary War to his flirtatious eye for the ladies at social gatherings. In this biography Washington’s human characteristics that have been forgotten or neglected are revived; nevertheless in his human form, Washington’s place at the pinnacle of American history remains justly secure as the timeless hero of the American Republic!

This is the tome that was needed to revitalize George Washington as the “Father of his Country,” not as an effigy in marble but in flesh and blood, recognizing that despite a few human shortcomings, he was and remains the essential and indispensable figure of the American Revolution and the founding of this great nation — the United States of America.

Miguel A. Faria Jr., M.D. is Associate Editor in Chief and World Affairs Editor of Surgical Neurology International. He is Clinical Professor of Surgery (Neurosurgery, ret.) and Adjunct Professor of Medical History (ret.), Mercer University School of Medicine. Dr. Faria is the author of Cuba in Revolution: Escape From a Lost Paradise (2002). Dr Faria has written numerous articles on Stalin, communism, and the Soviet Union, all posted at the author’s website: https://HaciendaPublishing.com & https://drmiguelfaria.com.

This article may be cited as: Faria MA. George Washington — Father of the United States of America. HaciendaPublishing.com, September 20, 2014. Available from: https://haciendapublishing.com/george-washington–father-of-the-united-states-of-america.