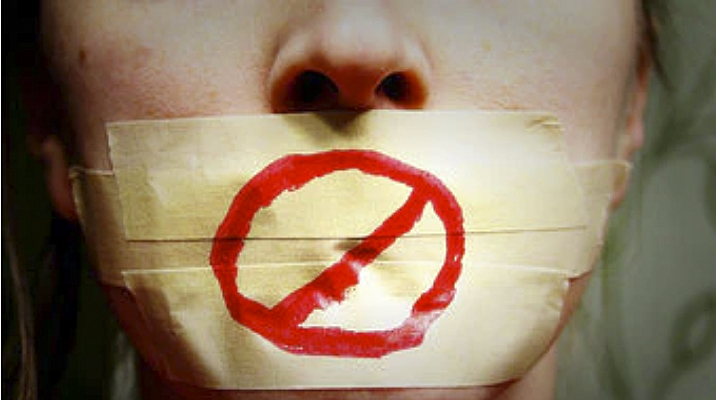 It is very unfortunate that the National Rifle Association (NRA) leadership in today’s declaration stating that it plans to remain neutral in the political fight against the (Anti-Freedom) DISCLOSE Act (HR 5175) of 2010 appears to be going along with the divide and conquer strategy of the Democrats in Congress, who are once again attempting to silence political speech. This dangerous legislation is another incarnation of the failed McCain-Feingold Law banning political speech that was declared unconstitutional by the Supreme Court several years ago.

Citizens were alerted to this menace by Gun Owners of America (GOA) last week, and on June 14, 2010, concerned Americans received corroboration. Politico.com reported that the NRA would not oppose this bill. Why?

“House Democrats have offered to exempt the National Rifle Association from a sweeping campaign-finance bill, removing a major obstacle in the push to roll back the Supreme Court’s Citizens United ruling.”

What is this legislation?

“The legislation in question is designed to restore more campaign finance rules in the wake of last year’s Citizens United v. Federal Election Commission decision, which removed prohibitions on corporations and unions running TV ads opposing or backing candidates in the run-up to an election.

“The NRA had objected to some of the strict financial disclosure provisions that Democrats have proposed for corporations and politically active nonprofits and that had kept moderate, pro-gun Democrats from backing the legislation.”

What if the NRA signs off on the deal?

“If the NRA signs off on the deal, the bill could come to the House floor as early as this week. The NRA said it would not comment until specific legislative language is revealed.

“An NRA official also noted that the group would not be supporting the bill but would not actively oppose it if the deal with the Democratic leadership holds up.”

It is a dark day for America when pro-freedom groups, such as the NRA, succumb to the grim strategy of sitting by the sidelines when liberty is threatened only because they are, at the moment, exempted from the meat grinder! Politico.com continues:

“Democrats are justifying the NRA exemption, saying the organization has a long history of being involved in the political process, and they say the real goal of the new campaign finance bill is to expose corporations and unions that create ambiguous front groups to run attack ads during campaigns.

“North Carolina Representative Heath Shuler, an NRA backer and conservative Democrat, proved to be pivotal to the NRA deal. Shuler was the first to offer an amendment to exempt the NRA and other nonprofits from the legislation, but that move drew objections from campaign watchdog groups.

“‘There were a number of concerns that the [Anti-Freedom] DISCLOSE Act could hinder or penalize the efforts of certain long-standing, member-driven organizations who have historically acted in good faith,” Shuler said, referring to the NRA. ‘Most of those concerns are addressed within the manager’s amendment.'”

As pointed out by GOA, not only is the leadership of the NRA a beneficiary of this exemption from the bill, but the exemption also protects “the Blue Dog Democrats who will be given a green light to support the Obama-Pelosi backed bill.”

Yes, the special exemption amendment will benefit the NRA leadership (but not necessarily the membership) and no other groups or organizations.  It will leave all other groups who are currently in Obama’s crosshairs as naked political targets with no legality to exert their First Amendment rights.

According to the Politico.com article:

“The proposal would exempt organizations that have more than 1 million members, have been in existence for more than 10 years, have members in all 50 states and raise 15 percent or less of their funds from corporations.

“Democrats say the new language would apply to only the NRA, since no other organization would qualify under these specific provisions. The NRA, with 4 million members, will not actively oppose the [Anti-Freedom] DISCLOSE Act…

“The exemption for a huge group like the NRA is sure to outrage smaller special-interest groups [like Gun Owners of America].”

Senator Mitch McConnell (R-Ky) is correct when he condemns this deal, which carves out special exemptions for the NRA leadership in exchange for sitting by the sidelines and not opposing this (Anti-Freedom) Disclose Act.  “If there is one thing Americans loathe about Washington, it’s the backroom dealing to win the vote of organizations with power and influence at the expense of everyone else,” McConnell blasted.

“We are in a political war, and our opponents are trying to change the rules of the game by gagging those groups that are their political enemies. Some might say that the requirement to disclose our membership is not a gag rule, but it most certainly is. Gun Owners of America will NOT do anything that would jeopardize the privacy of our members!

“Gun owners know the dangers of being registered, as it has often proven to be the first step towards gun confiscation — which, by the way, is why it’s lamentable that the management of the NRA is selling out its members for the proverbial bowl of pottage.”  GOA suggests that concerned citizens also go to RedState.com to read what a leading Capitol Hill blog has written about NRA exemption.

Like the McCain-Feingold Law, this (Anti-Freedom) DISCLOSE Act (HR 5175) will silence small groups who may have less political clout but in a constitutional republic also need to be heard.  These concerned citizens speaking through their small organizations will be muzzled by this bill that infringes on the First Amendment. What is the First Amendment? “Congress shall make no law abridging the freedom of speech, or of the press, or the right of the people peaceably to assemble, and to petition the Government for a redress of grievances.”

Many groups and organizations will be adversely affected by this bill — among them Second Amendment groups, such as Gun Owners of America (GOA) and The Second Amendment Foundation, whose law-abiding members depend on the dissemination of information from these groups to remain abreast of developments in Washington, developments that impact directly on their constitutional rights and their freedom. These organizations represent and speak for them on very important issues in which otherwise individual citizens would not be heard. This legislation seeks to ban the same type of political speech our Founders deemed essential for preserving our liberties.

Astute Republicans are beginning to see the lurking danger: “This bill is both a smoke screen to adopt still more restrictions on political speech in the name of ‘reform’ and an attempt to use Citizens United as a smoke screen to stifle criticism of Democrats in order to help their candidates retain ofﬁce in the 2010 election,” Reps. Dan Lungren (R-Calif.), Kevin McCarthy (R-Calif.) and Gregg Harper (R-Miss.) asserted in a response to the bill when it was before the House Administration Committee.

It would be a dark day for America if this (Anti-Freedom) DISCLOSE Act (Hr 5175) legislation passes Congress this year and is signed into law by President Barack Obama.

Moreover, Americans should not be lulled into thinking that like the McCain-Feingold Law, this new (Anti-Freedom) DISCLOSE Act wouldn’t survive a Supreme Court challenge. The House bill is already being framed so as to minimize and restrict damage in case of another Supreme Court challenge. By silencing the NRA, anti-Second Amendment liberal Democrats hope opposition will be muted.

Yes, it is a dark day in America when pro-freedom groups allow themselves to be divided and conquered.  The NRA leadership should know better and reconsider their unwise decision to sit by the sidelines when liberty for everyone else hangs in the balance!

Miguel A. Faria, Jr., M.D. is Clinical Professor of Surgery (Neurosurgery, ret.) and Adjunct Professor of Medical History (ret.) Mercer University School of Medicine, Former member Editorial Board of Surgical Neurology (2004-2010), Recipient of the Americanism Medal from the Nathaniel Macon Chapter of the Daughters of the American Revolution (DAR) 1998, Ex member of the Injury Research Grant Review Committee (now the Initial Review Group (IRG)) of the Centers for Disease Control and Prevention (CDC). 2002-05, Former Editor-in-Chief of the Medical Sentinel (1996-2002), Editor Emeritus, the Association of American Physicians and Surgeons (AAPS) Author, Vandals at the Gates of Medicine (1995); Medical Warrior: Fighting Corporate Socialized Medicine (1997); and Cuba in Revolution: Escape From a Lost Paradise (2002).

This article may be cited as: Faria MA. Faria: House Democrats Once Again Seek to Silence Political Speech. GOPUSA.com, June 17, 2010. Available from: https://haciendapublishing.com/faria-house-democrats-once-again-seek-to-silence-political-speech/.