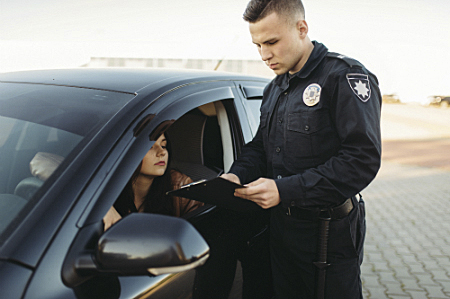 What I have written some time ago regarding gun registration and tyranny in Ideas on Liberty and NewsMax.com still holds true today for the establishment of a National Identity Card and paving a road to the new authoritarianism:

Georg Hegel (1770-1831), the father of dialectical idealism, which Karl Marx transmogrified into dialectical materialism, lamented that one lesson we can learn from history is that man does not learn its lessons. Despite what we have learned from history regarding National Identity Cards in other countries, particularly during the turmoil of the last century, politicians with authoritarian leanings continue to beat the drums for the establishment of national identifiers. National ID cards and personal privacy are inextricably intertwined. Once the government can identify you, and possesses every minutia about your personal life, bank accounts, medical history, etc, and neatly collects it within the purview a National Id card, it will in effect, own you. And what the government owns, it will control. As Thomas Jefferson once wrote, the tendency is for liberty to yield and for government and tyranny to gain ground. And that is why in a constitutional Republic, informed and vigilant citizens jealously and incessantly must guard their freedoms.

As any student of history knows, the establishment of National ID cards figures prominently in the designs of authoritarian states. The following features recur:

Once this mechanism of oppression is firmly in place, persecution and elimination of political opponents follow, and every social, political, and economic policy that the Total State desires can be implemented. This has happened in National Socialist states like Nazi Germany, fascist states like Italy under Mussolini, and communist powers such as the former Soviet Union (and its satellites behind the Iron Curtain), Cuba, North Korea, and China.

It is therefore astonishing and disturbing that Americans continue to be assailed by dangerous political proposals that threaten the individual liberties our Founding Fathers bequeathed to us.

GOPUSA.com and The Center for Individual Freedom report that “Senators Lindsey Graham and Chuck Schumer have just joined forces with Barack Obama to move full steam ahead on sweeping new legislation that will grant Amnesty to millions of illegal aliens, and establish a de facto biometric National ID card.” I can see this coming from Senator Schumer, a liberal, big government and anti-gun politician, but it is disturbing for a conservative senator such as Senator Lindsey Graham to align himself with Schumer and President Obama to make such an immodest proposal.

Indeed, Senators Graham and Schumer stated in an editorial they co-authored in The Washington Post that “after acknowledging that they have already met with Barack Obama to discuss their proposed Amnesty scheme, Graham and Schumer write that the pillars to their plan include ‘requiring biometric Social Security cards… and implementing a tough but fair path to legalization for [illegal aliens].'”

Although the senators attempt to squelch fears about their proposal, their assurances fall short: “We would require all U.S. citizens and legal immigrants who want jobs to obtain a high-tech, fraud-proof Social Security card. Each card’s unique biometric identifier would be stored only on the card; no government database would house everyone’s information. The cards would not contain any private information, medical information or tracking devices. The card would be a high-tech version of the Social Security card that citizens already have.”

But senators, if it’s about immigration and illegal aliens, why all U.S. citizens?

Moreover, in the next paragraph of their editorial, Graham and Schumer wrote: “Prospective employers would be responsible for swiping the cards through a machine to confirm a person’s identity and immigration status. Employers who refused to swipe the card or who otherwise knowingly hired unauthorized workers would face stiff fines and, for repeat offenses, prison sentences.”

We may have different views of how to deal with the problem of immigration and illegal aliens, but we must stand united on the subject of a National biometric ID card for all American citizens.

And we must remember that for years, national identifiers were deeply entwined to patient identifiers, assaults on medical privacy and confidentiality, as well as access to medical records, so again, the above assurances of the senators on this point fall short.

When President Clinton was asked to release his medical records to the public during the 1996 re-election campaign, he invoked the privacy of the patient-doctor relationship and his lawyers refused to do so. It took subpoenas and a grave criminal investigation by the Office of the Independent Counsel before the president surrendered certain biologic samples and medical information to government investigators. Americans should be entitled to, and afforded, this same right of privacy, and should be concerned about confidentiality for ultimately, as patients, we will all have sensitive medical information compiled. Yes, we will all have medical charts compiled documenting details of our medical history, which should only be inspected by medical personnel to whom explicit written consent has been given for continuity of medical care, or made accessible to third parties (including the government) upon written authorization from the patient — each time information is requested, and delineating the specific need for the disclosure, as well as outlining the manner in which the information will be used.

This may not seem as important in today’s open, intrusive, and permissive society, as it was at the time of the Nazi Third Reich in Germany, where records of those whose life were deemed “not worth living” were compiled, inspected, and selected by government officials before the intended victims were sent to the extermination camps. Nevertheless, no one knows what the future will bring. The holocaust of Nazi Germany, after all, was preceded by the openness, permissiveness, and seemingly beneficent social and welfare policies of the Weimar Republic.

Confidentiality of medical records is, perhaps, particularly important in the case of psychiatric patient-doctor consultations. In the Soviet Union, “psychiatric” records of dissidents were kept and used to document the “illnesses” prior to sending the “patients” for “rehabilitation” in the gulags of Siberia.

Yet, we must remember, here in America, only a few years after the stumble of the Soviet bear — and at the height of the 1993-1994 health care debate — Hillary Clinton, the present Secretary of State, wanted to establish a Health Security Card with an encoded computer chip capable of containing 60 pages of potentially prejudicial information (i.e., sexually transmitted diseases, drug and alcohol abuse, depression, etc.) and sensitive personal data (i.e., living arrangements, impotence, sexual practices, etc.) on every American — a federal dossier — from personal medical records to tabulations of individual health care costs (i.e., charges incurred by the government as a result of the individual acting as a “consumer of finite and scarce health care resources”).

All Americans should be alarmed by this proposal to establish a National ID card in the guise of immigration reform. In the 1990s during the Clinton presidency, at least three different national identifiers were proposed by various government agencies to identify and register all citizens — purportedly, for our own (and the collective) good.

2. The National Provider Identifier (NPI) collects information and establishes medical databases on all physician-patient encounters. Sensitive information contained in the medical record will therefore be accessible not only to a myriad of government agencies but also to private entities working with the state.

3. The National Identity Card (nicknamed NIC), under which gun sales and firearm ownership registries will be established by the FBI “to enhance the effectiveness of the Brady Check laws” (gun registration through the back door), will dovetail nicely with the already begun, state by state, driver’s license requirements, including fingerprinting or other biometric identifications such as retinal scans, voice recognition, and genetics (DNA), bringing us ever closer towards Big Brother’s National ID card.

Invasion of personal privacy and the assignment of a National ID card to every citizen are inextricably related — and a threat to individual liberty. As former Rep. Bob Barr (R-GA) has written, “History — from Nazi Germany to Soviet Russia — is replete with examples of a pronounced link between totalitarian regimes and strict, effective identification systems. After all, it is nearly impossible to repress one’s citizens if you don’t know where they are, what they’re doing at all times….”

As U.S. Supreme Court Justice William O. Douglas stated in 1996: “Once electronic surveillance…is added to the techniques of snooping that this sophisticated age has developed, we face the stark reality that the walls of privacy have broken down and all the tools of the police state are handed over to our bureaucracy.”

Miguel A. Faria, Jr., M.D. is a Clinical Professor of Surgery (Neurosurgery, ret.) and Adjunct Professor of Medical History (ret.) Mercer University School of Medicine; Member, Editorial Board of Surgical Neurology, an International Journal of Neurosurgery and Neuroscience, the Official International Journal of the Neurosurgical Societies of Belgium, Brazil, China, Romania, Russia and Taiwan (Published by Elsevier) 2004-2010; Recipient of the Americanism Medal from the Nathaniel Macon Chapter of the Daughters of the American Revolution (DAR) 1998; Ex-member of the Injury Research Grant Review Committee (now the Initial Review Group (IRG)) of the Centers for Disease Control and Prevention (CDC). 2002-05; Former Editor-in-Chief of the Medical Sentinel (1996-2002), Editor Emeritus, the Association of American Physicians and Surgeons (AAPS); Author, Vandals at the Gates of Medicine (1995); Medical Warrior: Fighting Corporate Socialized Medicine (1997); and Cuba in Revolution: Escape From a Lost Paradise (2002).

This article may be cited as: Faria MA. Faria: National Identity Card: Paving the Road to Tyranny. GOPUSA.com, April 12, 2010. Available from: https://haciendapublishing.com/faria-national-identity-card-paving-the-road-to-tyranny/.