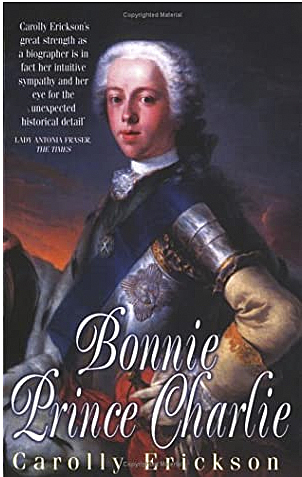 One has to look at the vicissitudes of life in the great tragic figures of history, Cortes, Columbus, Napoleon, etc., to find precedents in the relatively obscure life of Charles Edward Stuart, “The Great Young Pretender,” Bonnie Prince Charlie.

Although towards the latter part of his life he came to stoop very low, he had, as a young man, decades earlier, reached out very high unto the stars with unwavering courage and determination in his conquest of Scotland and England. His defeat at Culloden in 1746 precipitated tragically what can only be described as the genocide of the Scottish Highlanders.

What a life! The life of Bonnie Prince Charlie is a study of human nature at its extreme. Belatedly, devastatingly, he found out the cruel fact that despite his forceful, determined personality, he was not the master of his own destiny. Be that as it may, he came to be vindicated.

This is a magnificent book of a great, albeit obscure, tragic figure of history.

This book review was originally published on Amazon.com on December 14, 2000.