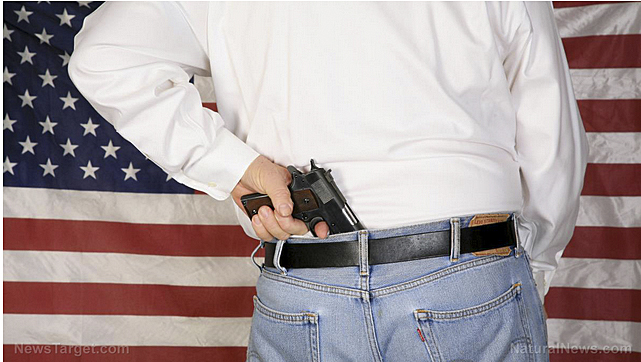 Armed Citizenry is the Best Deterrent

The January 12 article describing how business owners are demanding action because of the recent string of armed robberies expresses our frustration as Macon residents.

Undercover agents will be placed at businesses, but the reality is that police cannot be everywhere all of the time. Moreover, the courts have ruled they need not protect individuals; they only owe a duty to protect the community at large (Bowers v. DeVito, 1982).

In 1967, Orlando, Florida, was afflicted with a rash of assaults and rapes. Women were terrified. As a result, the police wisely sponsored a highly publicized gun training and safety course for women.

The criminals quickly got the message, and within a year, there was a 90 percent reduction of rapes and, along with it, a general reduction of crime in the area.

The mechanics of how this worked have been described by Professors Wright and Rossi, who found in the 1970s that felons are more fearful of being shot by civilians than of being apprehended by police. Their work has been substantiated by John Lott and Professor Gary Kleck in the1990s. Professor Kleck found that ordinary citizens use firearms for self-protection 2.5 million times per year, 98 percent of the time without firing a shot.

Georgia enacted years ago a “shall-issue” concealed carry law. Unfortunately, many good citizens do not avail themselves of this law because the media and demagogic politicians have demonized guns.

Locally, gun sales are up. This is not vigilantism, but an expressed need for legal self-defense. One way to end this cycle of violence is for the chief of police and Bibb County Sheriff to immediately announce plans to institute gun safety courses for citizens and business owners who intend to legally carry arms for self and family protection.

Miguel A. Faria, Jr. is a Macon physician