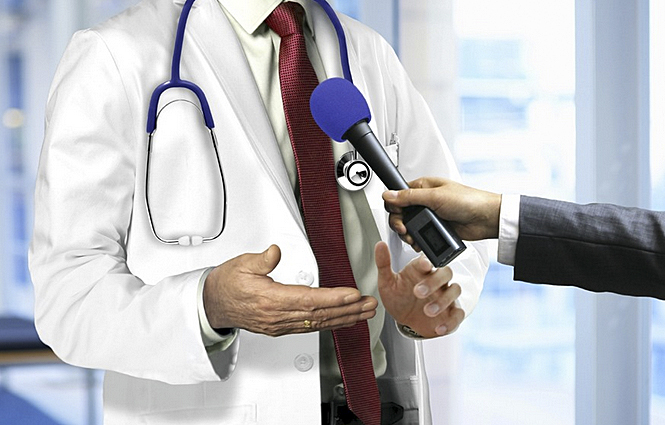 Every doctor knows that a gagging patient is a sick patient. But apparently the American Medical Association believes gagging medical research is just dandy when it serves the AMA agenda at the expense of public health.

The Journal of the American Medical Association recently “gagged” authors of articles submitted to JAMA from speaking to the media or issuing a press release until after the article is printed in the journal. The best argument for this action is that new medical knowledge might better serve the public if initially released through a bona fide journal so that doctors could allay and diffuse widespread excessive public hopes and worries. In reality, however, JAMA actually breaks its own rule by pre-releasing articles to the media days or sometimes weeks before physicians receive and have time to read them.

The JAMA editors say they want this control so that articles will be “accurate.” But let’s take a look at the selection process. The supposed “independent” peer reviewers who approve articles are hand-picked AMA loyalists. They might be able to judge whether the findings pass the “sniff test,” but don’t have the means, time or charge to evaluate or repeat the scientific studies to provide an objective analysis.

Dr. George Lundberg, formerly JAMA’s editor for some 17 years, said, “the journal’s newly stated policy is ‘heavy-handed’ and more stifling in tone” than the one in effect during his own tenure.

So why the blackout? According to Miguel A. Faria, M.D., editor of The Medical Sentinel, the AMA has sold out to commercial interests: “The AMA needs to maintain government-funded research and to protect the private cash-cow sources of research funding.” In 1999, The Medical Sentinel’s publicly issued challenge to JAMA to match a new “truth-in-research” policy requiring the release of all research was met with deadly silence.

Even the editors of JAMA say “Only complete publication of the research allows for full informed assessment and comment on the study findings.” And yet their own editorial policy prohibits that disclosure. Published articles in JAMA rarely exceed a dozen pages — hardly room for publication of all the data.

The advance of science depends on timely and open communication among scientists, not compartmentalized and limited sharing of information.

Medical journals like JAMA and their competitors such as the New England Journal of Medicine (NEJM) love to publish politically correct articles such as “The poor do less well in life” and “Children without health insurance get less care.” Do we really need expensive long-term studies from Duke or Harvard to prove that? The terrible truth is that much of peer review as practiced by major journals is nothing more than exhaustive editing to make sure articles conform to ideals of grant makers and academics who award grants, as well as to their own editorial agenda.

Of course most of this debate would be moot if peer review did not proceed at a snail’s pace. The long delays between submission and publication are symptoms of the old boy’s club arrogance. If they wanted, JAMA could easily solve this problem by hiring more reviewers, requiring 48-72 hour peer review, editing immediately, and posting immediately (including the supporting data) on the Internet. They could, for example, publish supplemental journals for six to nine months to clear the backlog. Once caught up they could then publish timely like everyone else!

Thus it seems that peer review as practiced by JAMA is really a long, bureaucratic editing process, not a rigorous scientific vetting and verification of results as they would have the public believe. Far from protecting the public, extensive peer review may actually accomplish the opposite. The sooner new medical ideas and discoveries are exchanged and discussed within the research and medical communities, the better for the patient.

JAMA is supposed to play a key role in speeding that diffusion, not slowing it. In our opinion the recent JAMA edict suggests they are more interested in protecting their own fame, influence and celebrity (under the guise of peer review) than in diffusing information. JAMA is not protecting the public from sensational journalism — they just want the sensational headlines for themselves.

Our problem is even if we might discover a safe and effective anti-gagging medicine to treat JAMA we probably couldn’t get it through peer review quickly enough to save them from themselves!

Written by Glueck and Cihak, The Medicine Men

This article was originally published on WorldNetDaily.com on January 12, 2001. Available from: http://www.wnd.com/index.php?fa=PAGE.view&pageId=7801.