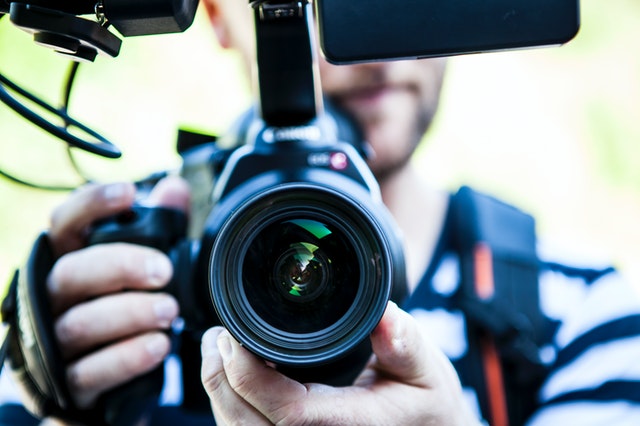 Who is to blame for the country’s climate of divisiveness and political violence? by Miguel A. Faria, MD

The liberal media bias and their overt hostility toward Republicans and against President Trump specifically has reached alarming proportions in the Republic — a form of government where the press is given constitutional protection for the preservation of freedom and in the public interest, that is, all citizens not just progressive Democrats and socialists.

Instead of protecting citizens against government injustice, the media has chosen sides and become an arm of the Democratic Party. In fact, anti-Trump news articles have reached such numbers that an attempted web search for hostile incidents against the president almost did not compute. For example, a barrage of headlines and articles appeared, such as the president responding to media attacks and corresponding articles critical of President Trump for attacking the press or their allies on the left. I had to cite specific incidents in order to locate the few pro-Trump articles, drowned in the sea of anti-Trump coverage!

Recent headlines tell the story that this hostility is not confined solely to the U.S. media. The BBC has joined the U.S. media in its condemnation of Trump and sometimes American values. Consider the headline, “Hundreds of journalists to condemn Trump’s ‘sustained’ media attack,” Al Jazeera (October 26, 2018). In a pincer movement, NBC News, blared the next day with “Hours after mail bomb arrest, Trump attacks ‘Crooked Hillary, media” (October 27, 2018). Never mind that Hillary had crowed, “You cannot be civil with a political party that wants to destroy what you stand for,” adding “civility can start again” after the Democrats take the House in the midterm elections (October 9, 2018). Here are two representative gems: “The many times Donald Trump has attacked the media,” The Guardian (August 16, 2018), and “Who is Trump attacking on Twitter? CNN Politics (October 16, 2018). The media attacks come in day after day in an avalanche of hostile press in which President Trump gets blamed and attacked when he reacts to the media’s own belligerence. Apparently, Trump is supposed to take it lying down but this president won’t!

The recent mail bomb case has given the media another opportunity to blame Trump’s “inflammatory rhetoric” for the polarization of politics and the incitement of violence. An Associated Press article, subtly maligned not only President Trump but also Americans at large by opining, “partisan hate does more than provide insight into the man arrested in his van in Miami on Friday. It also gives a taste of how conspiracy theories are finding an increased salience in American public sphere — and a sometime-eager purveyor in the White House.” The fact that accused bomber, Cesar Sayoc, was a malcontent with a long criminal record and obviously a deranged individual who lived in a bizarre world of conspiratorial fantasies poses no obstacle for the media to blame Trump not only for allegedly sharing those conspiracies but also for the incitement of violence.

That the president condemned the act and the culprit, even before Sayoc was arrested, extended Trump no credit with the media and their Democrat allies. President Trump had stated, “acts of political violence will not be allowed to happen in this country,” and pledged to mobilize all resources to apprehend the suspect. Yet, he received no kudos from the mass media and the left. They continued to blame him for his “inflammatory rhetoric,” “stirring the pot,” and alleged incitement of violence in tweets and political speeches. Even Chris Wallace on Fox News Sunday (October 28, 2018) kept asking guests in the round table discussion, “does Trump share some of the blame” for the violent political climate? But how else is the president to react and reach the people when he is under constant attacks, not only from the Democrats but also from their allies in the liberal media, Hollywood, and academia?

To his credit, Wallace cited the Washington Post’s incredibly biased headline the previous day, “Bomb suspect outspoken supporter of Trump.” It should have stated first of all that the suspect had been arrested and had a criminal record. This should be contrasted with the 2017 Washington Post headline, “Congressman shot in DC,” describing the charity congressional baseball shooting in which Republican members of Congress and police were shot at and several wounded, including Majority Whip Steve Scalise (R-LA) who was severely injured. Although the shooter had been a campaign volunteer for socialist Bernie Sanders, neither the media headlines nor the GOP blamed the Senator from Vermont for the shooting. Instead the Democrats and the media used the tragic shooting to call for more gun control. The media’s double standard could not have been more obvious.

The truth is that if there is any one group to be blamed for the “inflammatory rhetoric” and the incitement of violence, it is the radical left for which the media provides an outlet. It is this vociferous left to whom Trump is forced to respond and effectively so. Political correctness, it seems, applies only to restrict conservatives!

Suffice to say there is nothing the U.S President can say or do to receive accolades from the mainstream liberal American media or even the BBC. After the Pittsburgh Synagogue shooting last Saturday, although Trump immediately condemned the crime as “a pure act of evil,” he was criticized for not saying enough! Despite the usual chant of “wanting to bring people together” in a divided country, the media cannot contain themselves from throwing barbs at Trump at every opportunity as opposed to the treatment extended to President Obama. After the heinous crime, the New York Times headline blared, “Trump calls for unity after synagogue shooting, then swiftly denounces Democrats.” In the meantime, the press continues to give Obama lots of coverage for anything he says, including his absurd claim that the current “economic miracle” began with him. As of yet, the media has not contravened his statement. Don’t expect them to do so! In our next column, we will cite the contributions of three leading Democrats and sundry Hollywood celebrities to the vulgar divide and violent political climate. Read the sequel to this article.

This article may be cited as: Faria MA. Who is to blame for the country’s climate of divisiveness and political violence? HaciendaPublishing.com, October 31, 2018. Available from: https://haciendapublishing.com/who-is-to-blame-for-the-countrys-climate-of-divisiveness-and-political-violence-by-miguel-a-faria-md/

Share on facebook
Share on twitter
Share on linkedin
Share on email
PrevFirearms, gun control, and the role of the militia in modern society by Miguel A. Faria, MD
Are the Democrats and Hollywood celebrities or Trump responsible for the country’s climate of divisiveness and political violence? by Miguel A. Faria, MDNext