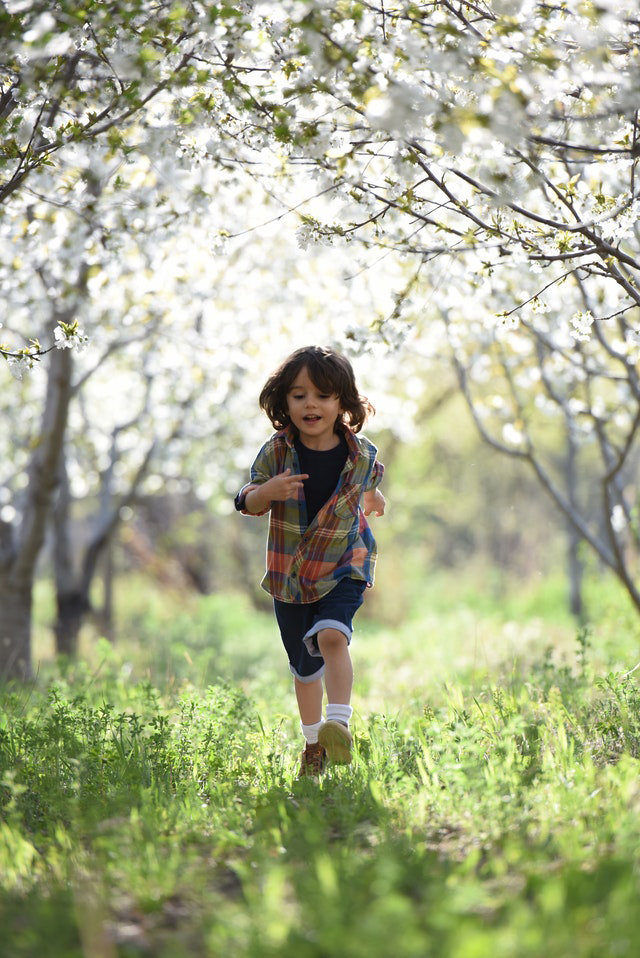 Western civilization in decline — Part 3: We need to have more children as a cultural imperative! by Miguel A. Faria, MD

For several decades Europe has had a declining population because Europeans are not having enough children to sustain their culture and their socialistic way of life. The United States of America — the pinnacle of that magnificent Western civilization, a civilization based on the twin pillars of a Judeo-Christian inheritance and the Greco-Roman legacy — is following suit in that same declivity. So a word then in defense of controlled legal immigration from south of the border and certain other countries — like the Philippines, which has had a longtime friendship with the United States — is in order.

As I mentioned in Part 1 of this essay, if it were not for immigration, particularly from Latin America, the U.S. would be a country with just as serious a declining population as Europe and Japan. According to Wikipedia, the U.S. total fertility rate as of the 2010 census is only 1.931. Based on race and ethnicity the total fertility rates for Americans is as follow:

Whether America survives as the epitome of Western civilization, as I like to exult it, and as an ideal based on the vision of our founders depends on the degree of assimilation of the newcomers and the achievement of the American dream. In fact, within the United States, only foreign-born Hispanics have a fertility rate above 2.1 at 2.4, followed by immigrant Blacks at 2.35, also according to Wikipedia. This melting pot assimilation will depend, though, on controlled and well-ordered immigration allowing for learning and acceptance of American institutions, traditions, values, and cherished ideals.

It is also friendly and neighborly countries like Mexico and much of Latin America, as well as far away Philippines, that today provides the strongest base for Christendom, and thus the preservation of the Judeo-Christian ethic. These countries also provide a fervent Catholic opposition to Islamic fanaticism. As Dr. David Stolinsky points out the churches and magnificent cathedrals in Europe are virtually empty except when the tour buses arrive. He writes: “Europe’s beautiful cathedrals are almost empty of worshippers. But the mosques are full. Most Europeans are Christians in name only — they have no deep beliefs. How can they hope to resist the onslaught of people with strong beliefs, some of whom are fanatics?”

Islam and Islamic fanaticism are growing, while Europe and European Christianity (particularly watered-down Protestantism) are dying. Religious faith in Latin America remains strong and the fertility rate is at least stable.

But we must be vigilant: the vetting of immigrants and FBI profiling in search of suspected terrorists is essential for national security, especially if the courts insist in upholding the judicial activism of the judges blocking the immigration/travel ban proposed by President Trump. FBI profiling techniques that are so effective against common criminals cannot be used against potentially savage terrorists. Because of politically-correct discriminatory policies, little children and elderly women are searched at airports, while bearded young Muslim men and veiled women, who better fit the jihadist and terrorist profiles, are not. This is nonsense that must stop. Political correctness is not only curtailing free speech but also endangering our national security.

As I also discussed in Part 2, and it is worth repeating here, many Americans have given their lives to preserve freedom in these United States and throughout the world. Western civilization is worth defending by speaking out and saying what needs to be said, politically incorrect as it may be. Our civilization and way of life is in mortal danger: We are committing cultural and national suicide by declining population rates in the West, including the United States. This is a calamitous development but it is not irreversible yet. This lethal trend has been brought about by continued low birth rates coupled with high abortion rates. America and Western nations need to have more children. Otherwise as the late Libyan strongman Muammar Gaddafi prognosticated after rejecting terrorism, “Islam will conquer Europe without firing a shot.” By extension, this admonition of danger of Islamic conquest also includes the United States.

Why is cultural and national suicide taking place? One intelligent guess is that Western civilization has been bashed so severely and so repeatedly by the progressive-liberal intelligentsia that, at least in the case of the Europeans, they seem to be consumed with guilt and have lost faith in their own culture. Apparently in their eyes, their civilization has so degenerated that families and children are not worth having. Can this be happening to us too? Why bring children into a hated, racist, and decadent capitalist culture? Recent polls have shown that avowed socialist and failed presidential candidate Bernie Sanders is the most popular politician in the Unites States. And socialism, once a word seldom used in the American lexicon, is no longer a term of derision. Another poll found that 58% of millennial Americans, ages 18-26, “believe socialism to be the ‘more compassionate’ political system.”  So why bring children into a corrupt capitalist culture that is not only racist but also sexist and homophobic? As I’ve said indoctrination and political correctness, have done their job well — inciting national guilt and cultural self-hatred, but also preemptively curtailing political speech from those who could have spoken out against the national and cultural suicide.

The Roman Emperor Augustus in the first century B.C., despite the hordes of Germanic barbarians at Rome’s frontiers, not only established the Pax Romana, the longest and most peaceful and prosperous period in history, but also urged the Romans to have three or more children within the scope of traditional Roman family values. Roman families with three or more children were financially rewarded through tax laws, but bachelors were penalized. Many historians like to opine that those reforms were to no avail. But the fact remains that the new Roman Empire founded by Augustus lasted for eight centuries in the West and a millennium and a half in the East! And, it would have lasted even longer if his successors had been successful at increasing fertility rates within the empire, and the citizens had continued to fulfill their duties as citizens with the same avidity as they did during Republican times.

If European and American parents can afford multiple computers, frequent restaurant and dining out expenses, exotic vacations, fancy homes; and the single child in the family can afford computer games, iPods, smartphones, CDs, expensive tennis shoes, and most of the expensive toys that both parent and youngsters play with these days — Westerners can afford at least three children.

Families have become fragmented and separated by geographical distance. This may be an insoluble problem for some, but for others with relatives nearby such as uncles, aunts, and grandparents, could provide a framework of support in bringing up children. We should look to the family rather than to the government.

A higher birth rate has been noted by one or two subsegments of our population. Unfortunately, one segment is single teenage mothers who are too young for such parental and financial responsibilities. This scenario results in illegitimacy and difficult single motherhood, and frequently illiteracy and poverty. The other segment is babies born for the welfare benefits they bring dependent parents — government benefits for the mother and unrestrained sex for the absentee fathers. Instead, the State becomes the father. Sadly, these youngsters are not properly brought up in the setting of the family, have no proper parental supervision, have no role models to emulate, and frequently grow up dependent on welfare for their livelihood — or worse, end up joining gangs in the inner cities and leading lives of violence and crime. In this setting, children grow up without moral guidance and illiterate in both the sense of reading comprehension, as well as in inadequacy in being able to fulfill the civic duties and protect his natural rights as citizen. The survival of Western civilization does not depend on these government-dependent populations or alienated juvenile delinquents. On the contrary, these antisocial mores accelerate its declivity.

Single motherhood can be difficult even for a responsible parent. We need stable American families of all races and ethnicity to have more children that can be properly brought up by both parents. Three children should be the minimum. But four or five children would be even better. (We have three children and sometimes we wish we had had five!) I know some readers will object, citing financial hardship. They will say that responsible parents have already limited the number of offspring to one or two children out of necessity — time and economics. The price of bringing up children has escalated through the years, even with both parents working. When parents come home from work, they are exhausted with little time to interact with their children. Even family dinners together are passe, etc.

To those objections I reply that while many things have changed in our fast paced and hectic way of life, time must be found to bring up children, love them and properly rear them. We have found that home academic instruction is an excellent way to do so. Home schooling or at least supplementation of their education at home, allows parents to spend time and interact with their children while assisting in their education. Home instruction also allows parents to debunk left-wing or politically-correct public school propaganda and biased instruction. Cyber-school instruction is another alternative. In our state, Georgia Cyber Academy is part of the charter public school system, and we can personally testify that it is an excellent tool to educate children, from kindergarten through high school graduation. Home schooling and cyber-school instruction in many other states have been shown to be superior to the standard public education system.

Large families should be encouraged within the framework of the traditional family, where children can be loved, nurtured, and guided, so they can achieve their full potential, and grow up with the capability of fulfilling the duties and responsibilities of citizenship, while breathing the fresh air of liberty. There is still time to save Western civilization and the American way of life. As I’ve said previously, America is a marvelous nation that embodies the transcendental idea of freedom, espousing the sanctity of life, promoting individual liberty, emphasizing the right to own private property and to dispose of it as one sees fit, while encouraging the pursuit of health and happiness. These beautiful ideals are worth pursuing and defending for our children and our posterity.

This article may be cited as: Faria MA. Western civilization in decline — Part 3: We need to have more children as a cultural imperative! HaciendaPublishing.com, May 25, 2017. Available from: https://haciendapublishing.com/western-civilization-in-decline-part-3-we-need-to-have-more-children-as-a-cultural-imperative-by-miguel-a-faria-md/