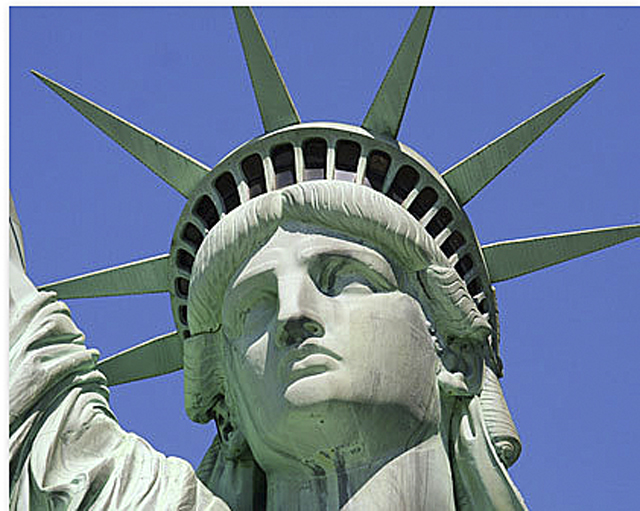 Western civilization in decline — Part 2: Danger ahead but where are the statesmen? by Miguel A. Faria MD

Editor’s Note: Given the prominence that Hezbollah has attained in Lebanon in the past few weeks, its continued ties with Iran, and the threat that it possess in the Middle East, we thought this article would be very apropos to re-post, as the Democrats have been found to be incapable in dealing with America’s problems, both internal and external. — MAF, May 11, 2022

Presently, America and the West are fighting a war against a barbaric enemy, Islamic terrorists of the Islamic Caliphate (ISIS), in various countries particularly Syria, Iraq, and Afghanistan. But random acts of terrorism perpetrated against innocent people by ISIS and other Muslim factions, Hamas, Hezbollah, etc., are also occurring throughout the civilized world in Europe, Israel, Russia, and the United States. The tragedy of 9-11 in which nearly 3000 Americans died, more victims than in the infamous attack on Pearl Harbor, seems already to have been forgotten. Our previous president, Barack Obama, refused to call this jihad and dirty war by its very name: “Islamic terrorism.” Instead, Obama kowtowed to the Saudi King, and alluded that terrorism was not America’s biggest problem. The real problems were global warming and Americans, “[who] get bitter, they cling to guns or religion or antipathy to people who aren’t like them or anti-immigrant sentiment or anti-trade sentiment as a way to explain their frustrations.”

Thus no major Western politician is willing to go public with this dire message to inform his fellow citizens, much less to call for action to save freedom and all that Western civilization has attained for Europeans and Americans, as well as for humanity at large. And yet subtle indoctrination by political correctness has done its job, curtailing free speech and limiting discussion of certain subjects. The would-be-whistleblower politician figures that it is best to remain quiet, keep his head and neck buried deep in the sand, and preserve his dubious respectability. It is safer than being chastised as an irresponsible conservative alarmist — or God forbid, a bigot, racist, or an anti-Semite!

One statesman who has courageously spoken out and discussed the problem has been Russian President Vladimir Putin. But he remains the lone wolf, who has also been derided, marginalized and transformed into a bogeyman by the progressive globalist establishment, an establishment that abhors and fears him because Putin will not toe the line and will not obey the rules of political correctness. In fact Putin, speaking out in support of Western culture, Russian nationalism and pride, and the need to increase the birth rate apparently has had an effect: The fertility rate in Russia, which was at the low ebb of 1.157 in 1999 has begun to rise, attaining 1.777 in 2015 with a concomitant population growth of 0.19%.(2014)

This problem of Western population declivity is a serious one and it transcends race and ethnicity. Japan also has a seriously declining population of older citizens and the viability of the welfare state, social security and old age benefits are in danger by the negative demographics. The fertility rate is 1.41 and Japan loses population each year.

America is a marvelous nation that embodies the transcendental idea of freedom, spanning the sanctity of life, individual liberty, the right to own private property and dispose of it as one sees fit, and the free and unrestrained pursuit of happiness, as long as one doesn’t infringe on the rights and liberties of others. America is the country that rebuilt Western Europe and Japan after the devastation of World War II; brought liberty and prosperity to the victors and vanquished alike; and later protected and preserved them from being overrun and enslaved by the evil empire of Soviet communism.

Many Americans have given their lives to preserve freedom in these United States and throughout the world. Western civilization is worth defending by speaking out and saying what needs to be said, politically incorrect as it may be. Our civilization and way of life is in mortal danger: We are committing cultural and national suicide by declining population rates in the West, including the United States. If it were not for legal immigration, particularly from Latin America, the U.S. also would be a country with a seriously declining population, as noted in Part 1. This is a calamitous development but it is not irreversible yet.

Why is cultural and national suicide taking place? One intelligent guess is that Western civilization has been bashed repeatedly and denigrated so severely by the progressive-liberal intelligentsia that, at least in the case of the Europeans, they seem to be consumed with guilt from their past success and have lost faith in their own culture. Apparently in their eyes, their civilization has degenerated to the point that families and children are not worth having. After all, why bring children into a hated, racist, and decadent culture? Some Americans may feel the same way. Why bring children into a corrupt capitalist culture that is not only racist but also sexist and homophobic? As I’ve said, indoctrination and political correctness have done their job well — inciting national guilt and cultural self-hatred, but also preemptively curtailing political speech from those who could have spoken out against the trend of national and cultural suicide.

So Western civilization is not only attacked frontally by Muslim fanatics but also maligned from within by our own Marxist academicians. Our youth, educated in the public school system and with varying parental guidance and support, are easy prey to indoctrination by the leftist academicians who hate their own culture and love to blame America first. The Judeo-Christian ethics in general and the Catholic Church in particular are big targets because, like the structure of the family, they are major bulwarks, not only against tyranny, but also against committing national suicide. Extremists and radicals want to destroy American society to build the utopias of their dreams, workers’ paradises that always turn into brutal dystopic nightmares.

And so when academicians find the need to explain Islamic terrorism and the bloody savage behavior of the decapitating Jihadists, they find willing accomplices within the ranks of the media and Hollywood and simply cite the “crimes“ of the Christian Crusades and the centuries of Western imperialism, sexism and racism! It’s no wonder that the youth of today fall easy prey to biased history and leftist propaganda and begin to hate the system — capitalism, Judeo-Christian ethics, and the entire “patriarchal” Western civilization.

But if parents are not there to guide and instruct their children, the novices will be indoctrinated by others espousing their own agenda. One must remember the adage, “the hand that rocks the cradle, rules the world.” The task is too important to completely leave to others, and parents cannot totally relinquish the teaching of their children.

And since agenda-driven leftist professors lament the Crusades and love to execrate and vociferate against the fighting Christian monks and knights, as if Westerners were always the aggressors, let me just say a word about these much-touted crimes perpetrated during the Crusaders centuries ago. These progressive and political correct professors who always blame the West for the crimes of humanity while expostulating against the Crusades, conveniently forget to inform their pupils that all the lands around the Mediterranean Sea, including North Africa, Asia Minor (Turkey), Palestine, up to the Euphrates River had been Christian lands for centuries. It took overwhelming force and three centuries of barbaric and locust-like invasions by the advancing Arabs, followed by another eleven centuries of wars and strife by succeeding waves of Islamic invaders — i.e., Moorish warriors, Seljuk and Ottoman Turks, Egyptian Mamluks, etc. — to conquer the previously Christianized Middle Eastern and Mediterranean world. The painting below vividly depicts the final assault on Christian Constantinople by the Ottoman Turks in 1453. I have discussed this event elsewhere.

In all, the Islamic conquests driven by Mohammedan fanaticism and violence took by brute force the Middle Eastern and Mediterranean Christian world, Persia, India, and much of Asia, at a cost of an estimated 300 million victims. That is the Islamic world, and today it is anew launching jihads of terror. The much-maligned Crusades, which simply wanted for Christian pilgrims to have access to the holy shrines in Jerusalem, were a walk in the park compared to the conquest of North Africa, the Middle East and India. The Islamic conquest of India by the Shahs of Persia and the Moguls alone cost 80 million lives — so much for Western guilt for crimes committed during the Crusades a millennium ago!*

In Part 3 of this essay, we will conclude by discussing whether or not this trend towards national and cultural suicide is reversible, and what we as citizens can do about it.

*  The conquest of India was protracted and brutal, and is discussed graphically by Will Durant in his masterpiece The History of Civilization (Volume 1) — Our Oriental Heritage in the subchapter “The Moslem Conquest,” pages 459-476. The Islamic invasions from the 7th Century AD through the Medieval period is discussed in Will Durant’s The History of Civilization (Volume 4) — The Age of Faith, in the subchapters “The Arab Conquest” and “The Sword of Islam,” pages 151-205.

This article may be cited as: Faria MA. Western civilization in decline — Part 2: Danger ahead but where are the statesmen? HaciendaPublishing.com, May 18, 2017 and May 11, 2022. Available from: https://haciendapublishing.com/western-civilization-in-decline-part-2-danger-ahead-but-where-are-the-statesmen-by-miguel-a-faria-md/

2 thoughts on “Western civilization in decline — Part 2: Danger ahead but where are the statesmen? by Miguel A. Faria MD”