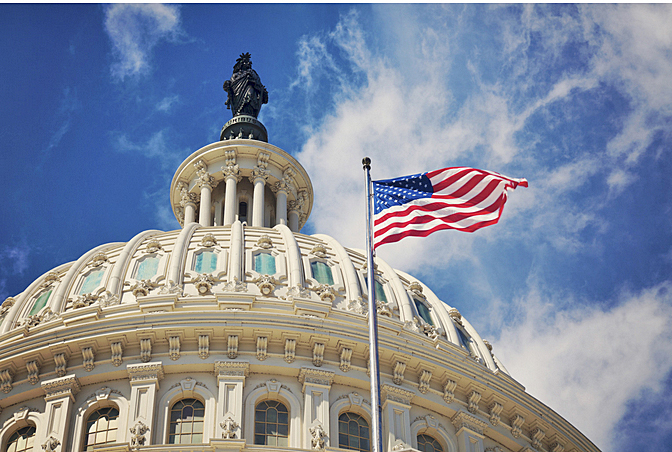 In a recent letter to the editor printed in the Macon Telegraph 9/1/10, Joni Woolf, a Georgia author and self-described “activist with strong ties to the Democratic Party,” began her letter innocently enough by stating: “I read with interest the story of Glenn Beck’s march on Washington and how he and his crowd of loyal supporters want us to return to ‘traditional values.’ Now I’m wondering just which traditional values he wants to return to?”

The list of “traditional values” that followed consisted of some of the most heinous events in human history; and, I believe, is insightful and instructive in explaining the guilt-ridden mentality and deep resentment held by many liberal elites when it comes not only to American traditional values, but also the Western civilization ideals upon which this great nation of ours was founded.

Here is Ms. Woolf’s list: “The traditional value from our recent history that let white men lynch a black man for whistling at a white woman, then go to the church the next Sunday morning with his family, like any good upstanding citizen might do?

“Or the traditional value that allowed early-20th century industrialists to work men, women and children in sweat shops, cotton mills and coal mines for whatever amount they wished to pay, with no insurance coverage, no safety regulations, no vacation time and an almost guaranteed early death?

“Or perhaps the traditional value that enabled the magistrates in colonial Massachusetts in the 17th century to hang those who were accused of witchcraft?

Or crush them to death with stones if they refused to ‘confess?’

“Or, going back to the 12th century, perhaps the traditional value displayed by the armies of Christian Crusaders, when the victims were Muslims and Jews?”

I wrote a strong response to her letter that in keeping with the guidelines of the Macon Telegraph had to be brief to be published. I take this opportunity to expound upon my answer in this commentary for I firmly believe divisive liberal clichés must be rebutted with historic realities lest they become “truths,” vituperative weapons in the Democratic arsenal. And, given Ms. Woolf’s self-described “strong ties to the Democratic Party,” I didn’t want to see her malignant list incorporated into any Democratic “talking points” in the upcoming election without rebuttal.

I pointed out to her in the online responses of the letters to the editor:

“The Crusades have been much maligned and their purpose denigrated; the Inquisition has been vastly and malignantly exaggerated; slavery ended over a century and a half ago; and overt discrimination has been turned into affirmative action. The traditional values we seek are certainly not the ones you conjure in your Democratic-elitist mind. You evoke horrible historic images and played the heinous cards of ethnic and racial hatred to foment class warfare to the benefit of the Democrat party that is in a panic…Liberals, when in panic, invoke resentment and throw out repeatedly hackneyed and over-abused clichés to foment class envy and warfare.

“The First Crusade (1095-1099) was called forth in a popular speech to the people by Pope Urban II to liberate Jerusalem from the Seljuk Turks. Christians were no longer allowed to travel or worship in the Holy Land. The crusaders turned savage because of their thirst, hunger, privations, heavy losses in their ranks, and the usual frailties of human nature when in crisis and found in dire straights.

“The Third Crusade was called forth by Gregory the Great, a saintly man and scholar of impeccable character. He gave his wealth to the people to dedicate his life to the church and his studies. Yes, there was the sordid massacre of the Third Crusade in Jerusalem, the result of the savagery of the times and the impulsive and poor, reprehensible judgment of King Richard I, the Lionhearted.

As the saying goes, ‘what goes around, comes around.’ He paid in due course for his crime. Both men were courageous, but Saladin was praised for his chivalry and mercy, even by his enemies; and he is as such remembered to this day, particularly by Christians. The Moslems actually preferred the Mamlukes as the popular heroes of the time, who wiped out the last Crusaders and the last vestiges of the Christian or Latin kingdoms in the Holy Land. They, in turn, were wiped out by the Ottomans…and that is history!

“The much-cited Spanish Inquisition has been found by careful, painstaking researchers to have been truly a ‘Black Legend,’ its alleged infamy much inflated, as a tool of protestant propaganda to discredit Spain and the Catholic Church, and it was more a national instrument than a religious inquisition. The Salem Witch Trials in America were a horrible aberration. No one would like to return to those days!

“During the Dark Ages it was the Christian Church that held Western Civilization together, a Civilization based on the twin pillars of a Graeco-Roman legacy and a Judeo-Christian inheritance. The USA is the culmination of that Civilization, and USA bashers will no doubt hate that bequest! Hostility, pent up resentment, historical nightmares, Democrat anguish…”

As it regards to race baiting, no one will deny that racism and lynching were horrible blots in our past. But as I further stated: “The War Between the States that ended slavery in these United States in 1865 resulted in the deaths of 620,000 soldiers: 10% of all Northern males 20­45 years of age, and 30% of all Southern males ages 18­40, the vast majority, needless to say, Whites. The price of slavery (and racism) has already been paid in blood, not to mention the general casualties of the civilian population in the South — Black and White; the economic devastation of the War, Reconstruction, etc.”

Indeed, the Civil Rights Act of 1964 outlawed major discrimination and ended racial segregation. It was passed with the vast majority of Republicans and opposed mostly by southern Democrats. Thus, in the name of justice, the American people discarded into the dustbin of history the abominable Jim Crow laws decades ago.

“Yes, there was a history of injustice even violence, discrimination, and segregation, but that too has largely ended. What we do have and have had for many years now, unquestionably, is affirmative action. Today, looming large in the American landscape, and what was unfathomable only a few years ago is literally, an African-American President. There should be no more excuses. Let us move on from playing the race card at every turn! It has stifled political speech for far too long”

Ms Woolf did not mention the innovations and progress made along with the advances in the standard of living brought on to humanity because of the Industrial Revolution (c. 1750-1850). Nor did she discuss the life of Catholic priest Maximilian Kolbe to save the life of a Jew in a Nazi concentration camp or of the other 2579 priests who were imprisoned at Dachau, most of them for hiding and helping Jews during the Holocaust!

Simply, traditional values for Ms Woolf is a gruesome nightmare, not a part of the American dream, a dream of freedom and hope for economic success, which many of us expect, some of us realized (at least in part), and some of us still dream because America is a good land, a land of hope and promise. But where did Ms Woolf list the good deeds of America, both to her people and to the world?

We could have enslaved the whole world after World War II, if we had so desired. That is what the Germans, Japanese, not to mention, the Soviets, would have done in our place. We did not do that; instead, Americans paid with blood and treasure to free and rebuild the world! The defeated Germans and Japanese are now among our many friends, and the Russians, unable to defeat us, threw in the towel and discarded communism. Can the Ms. Woolf show us a better society anywhere?

The past is imperfect. Liberals, who are exemplified by Ms Woolf, should realize this. No one questions that history is full of wars, iniquities, cruelties, and barbarities. Conservatives hope to preserve those institutions and “traditional values” that have been good, those that have served us well and have benefit mankind — and discard those that have proven iniquitous or unworkable. Slavery, segregation, persecution, unjust wars are wrong. We don’t want to return to them.

Consider the fact that the traditional family is rapidly disintegrating, families headed not by fathers but by single mothers who rapidly fall into poverty. Illiteracy is rampant, despite public schools and record per-pupil public expenditures. Teenage pregnancy and illegitimacy have tripled since the 1950s for blacks and whites. What is wrong with calling for a return to virtuous and good moral values, such as the two parent traditional family, discipline in the classrooms, teenage abstinence, etc.?

The traditional values we call for are also good ideals, values enshrined in life, liberty and the pursuit of happiness, the right to be left alone without an omnipotent government interfering in every aspect of our lives and taking from us the fruits of our labors. Is that too much to ask?

Miguel A. Faria, Jr., M.D. is a Clinical Professor of Surgery (Neurosurgery, ret.) and Adjunct Professor of Medical History (ret.) Mercer University School of Medicine; Member, Editorial Board of Surgical Neurology, an International Journal of Neurosurgery and Neuroscience, the Official International Journal of the Neurosurgical Societies of Belgium, Brazil, China, Romania, Russia and Taiwan (Published by Elsevier) 2004-2010; Recipient of the Americanism Medal from the Nathaniel Macon Chapter of the Daughters of the American Revolution (DAR) 1998; Ex member of the Injury Research Grant Review Committee (now the Initial Review
Group (IRG)) of the Centers for Disease Control and Prevention (CDC). 2002-05; Former Editor-in-Chief of the Medical Sentinel (1996-2002), Editor Emeritus, the Association of American Physicians and Surgeons (AAPS); Author, Vandals at the Gates of Medicine (1995); Medical Warrior: Fighting Corporate Socialized Medicine (1997); and Cuba in Revolution: Escape From a Lost Paradise (2002).

This article may be cited as: Faria MA. Faria: Democrat Resentment: Bashing the USA and Traditional Values. GOPUSA.com, September 20, 2010. Available from: https://haciendapublishing.com/faria-democrat-resentment-bashing-the-usa-and-traditional-values/