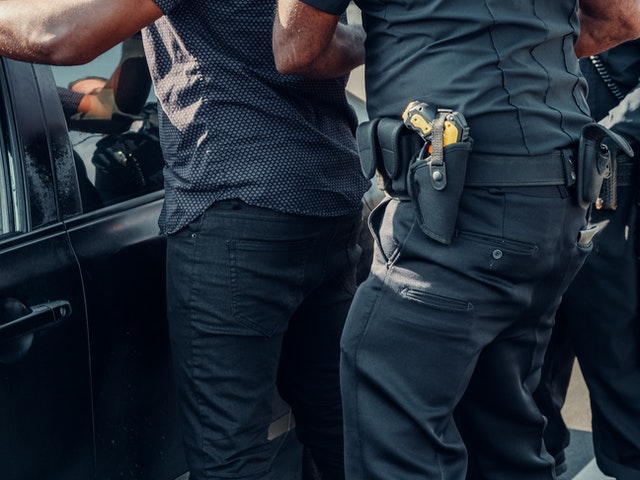 According to data from both USA Today and the FBI Supplementary Homicide Report, there are approximately 400 “felons” killed by police officers or “justifiable homicides” yearly in the US. In 2012, for example, there were 426 such homicides. These figures represent cases in which officers killing a suspect claim there was “an urgent safety need” for the shooting.

It also includes cases where the police report that the victim “attempted flight,” “was killed in the commission of a crime,” or “resisted arrest.” All of these scenarios, which are reported by the FBI as “justifiable homicides,” are posited to be over represented by black suspects. Admittedly, some of these “justifiable homicides” may ultimately turn out to be not justifiable and the victims not felons. Some critics also speculate that not all the police homicides are reported. That may be corrected; the FBI is now doing better tracking of statistics for its Uniform Crime Report and is requesting more information from local police departments about crimes in which the police use deadly force against citizens.(1)

And yet there is a much bigger problem: Black on black crime. Government statistics reveal blacks killed blacks in alarming epidemic proportions. In 2013 blacks represented 13%, whites 64%, and Hispanics 16%, respectively of the U.S. population. (Notice that ethnic Hispanics now constitute a larger segment of the U.S. population than blacks.)  Below are the homicide statistics for 2013 by offenders and victims:

Given these statistics, why are the media and black leaders preoccupied with the politics of police shootings, a relatively small fraction of black homicides, justifiable or not, when young blacks continue to kill each other in veritable urban battlefields? And yet, although far from perfect, opportunity is available to everyone, public education is virtually obligatory, and government programs abound, so much so that they are rife with waste and abuse.

What should black leaders,(3) civic organizations, and the mainstream media(4) be clamoring for as viable solutions? Should it be the continuation of the failed policies of the past, such as more self-perpetuating dependency-creating social programs,(5-6); more sham education in self-esteem enhancement and political correctness; more failed penal rehabilitation through the usual revolving prison doors; or should it be new approaches, such as the rebuilding of the nuclear family, moral support for churches, and the revamping of education with the return to more stringent requirements in the basics, history, math, science, etc., as well as the reincorporation of the teachings of civics and morality in public education?

Consider the new civic organization “Black Lives Matter” that was formed as a result of the shooting death of Trayvon Martin and subsequent acquittal of John Zimmerman in Miami in 2012. The organization, which has met in Macon, cites “state violence” as causing a “genocide” of blacks claiming, “Every 28 hours a black man, woman, or child is murdered by police or vigilante law enforcement.”(6) That may be, and in fact many of these incidents may not be “justifiable homicides” as classified in old FBI files. But these police incidents pale in comparison with the fact that every 4 hours a black man, woman, or child is murdered by other blacks in their own neighborhoods, in their own streets, in their own homes in America. Is this street violence really State-sponsored genocide or the result of a counterculture of lawlessness and violence that can be traced to dependency and alienation fostered by the legacy of the Great Society (perpetuated by Black leaders) and the liberal media that tells black men continuously and relentlessly that they cannot succeed without government handouts or leading lives in crime.

Various Wars on poverty, drugs, etc. have been declared advancing the State and leaving wreckage in their wake. Another war, a silent one but perhaps more deadly, is the War on the Family, a war that has destroyed black families and threatens to do the same against Americans of all races. It needs to stop. All that needs to be done is for the government to take a step back and let US breathe! If “Black Lives Matter” genuinely cares, its leaders should begin not with self-defeating, divisive, and inflammatory rhetoric — but with an uncompromising call for rebuilding the black family.

6. Richardson CE. Back when we were Negroes. Macon Telegraph. July 31, 2011. Available fromhttp://www.haciendapub.com/articles/back-when-we-were-negroes-charles-e-richardson

Miguel A. Faria, Jr., M.D. is a retired professor of neurosurgery and the author of Cuba in Revolution: Escape from a Lost Paradise (2002). His website is: www.haciendapub.com.

This article can be cited as: Faria MA. Police shootings and black on black crime. GOPUSA.com, April 27, 2015. Available from: https://haciendapublishing.com/police-shootings-and-black-on-black-crime/

The photos used to illustrate this commentary came from a variety of sources and did not appear in the original GOPUSA.com article. A shorter version of this commentary was also published in The Macon Telegraph on June 3, 2015.