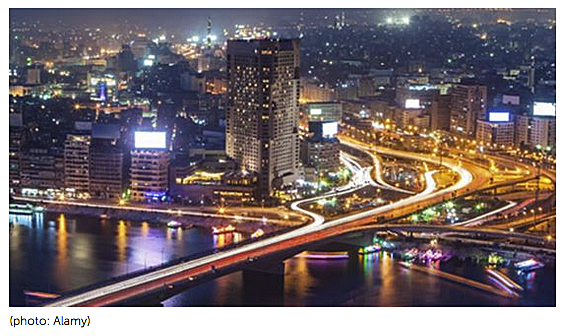 What all people really want, the view of a visiting Egyptian physician by James I. Ausman, MD, PhD

The media continuously misunderstand what the people really think because of their elitism and failure to communicate with the people of America, who are the backbone of our country. I experienced this attitude of elitism when I was working at the National Institutes of Health (NIH) in the USA. There was a real contempt for the average citizen in America and even at that time, fifty years ago, the scientists there were actively for government-controlled medicine. I believe Dr. Miguel Faria also witnessed this when he was at the CDC’s National Center for Injury Prevention and Control (NCIPC).

Recently I talked with a young Egyptian physician who was visiting California. As usual, I ask people from other countries many questions, because I want to know what they think. The Egyptians are actually very polite people. My wife and I have always been treated well in Egypt. We have been there a number of times and have been invited into their homes. And you have to remember we are Jewish. I have educated and trained many Egyptian doctors who have come to visit in my departments in the USA.

The doctor said that the Egyptian people were unhappy (polite term) with Obama because he cancelled the US support for Egypt when the new President of Egypt, El Sisi, a military general, arrested the members of the Muslim Brotherhood and put them in jail. Remember during the uprising in Egypt at the beginning of the Arab Spring, that the Muslim Brotherhood hijacked the revolution, so that they could be in power. The Brotherhood was brutal in its early days killing many who were Coptic Egyptians and other Christians. These actions were not liked by the Egyptians and led to El Sisi becoming President of Egypt.

The doctor said that Saudi Arabia did step in and provide money for Egypt. But there is still much poverty because of lack of tourism since the troubles began with the Arab Spring revolution. Thus, this poverty provides attraction for the Muslim Brotherhood, which still operates there. There is some dissatisfaction with El Sisi now as there is instability and the people do not see their lives improving. The people of Egypt want peace and a chance to improve their lives.

He said that the Egyptians are also not happy with Iran being armed by Obama with nuclear weapons. The Egyptians fear the Iranians would assume control over Egyptians and other countries in the Middle East, and they do not like that prospect. They want to pursue their lives without intervention.

About the Egyptian attitudes in regard to Russia, he said that the Egyptians miss the tourism from the Russians. But he did not want to say much about the Russian intervention in Syria. Actually, the Syrian problem was not much of a concern for the Egyptians as they are interested in improving their own lives. In the past, several decades ago, when Egypt was getting military equipment from the Soviet Union, the Egyptians broke ties with Russia because the Russians wanted to dominate them.

I discussed terrorism with which he was concerned. He did not have the same preoccupation as we do in the USA, but he again reiterated that the Egyptians want to pursue their own lives. I asked him about the civil war in Libya, Egypt’s neighbor, and he wanted the Libyans to stay out of Egypt.

I asked him if he knew of the presence of ISIS in the Sinai. He said the papers didn’t report about what was going on in the Sinai Desert war. So the Press in Egypt is keeping the people in the dark about the events in this part of their country.

I asked him what he thought of the elections in the USA. He said the obvious, that one candidate was politically experienced and the other a businessman. He believed that the campaign of slurs against Trump were manufactured and could see through the attempts to discredit him. That to me suggested that if a foreign physician could see this criticism for what it was, that the Americans could also, although the Press and polls would make one believe differently. He said that the Press in his country could not be believed, just as it was true in the USA.

I suspect that if I had spoken with an Italian, I would have heard a more emotional response to my questions; with an Eastern European, a blunt response; with the French, another polite answer and change of subject. What I am saying is that the response must be interpreted in the context of the background of the people one talks with. In essence, what I corroborated was what my wife and I have learned in talking with people in the 70 countries we have visited and many more who visited us from other countries. Everyone wants the same thing: Peace, a chance to live their own life and to make it better for themselves (liberty and independence). We need to understand that people are different, but we must all live, not hurting others, but accepting others’ differences while pursuing our dreams. That is the message we heard universally. That is also what most people, what average Americans also want.

The Press and the Government do not understand this concept and even on some occasions bluntly state that the American people are not smart and cannot make decisions on the complex problems. So the government and other self-selected leaders must make those decisions. That attitude reflects a profound misunderstanding of the people of the USA. It is socialism and collectivism and everything that the visiting Egyptian physician said the Egyptian people do not want.

The corruption and disregard of the Constitution that we are witnessing in the USA, despite the contrary will of the people, are the results of the insatiable lust for power among the establishment elite. Absorbed in themselves and in their quest for power, the elite cannot see, just as the scientists at the NIH in their Ivory Towers could not understand, that what the people really want is peace and the chance to better themselves in freedom.

This article may be cited as: Ausman, JI. What the people really want, the view of a dissident Egyptian doctor. HaciendaPublishing.com, October 27, 2016. Available from: https://haciendapublishing.com/what-all-people-really-want-the-view-of-a-visiting-egyptian-physician-by-james-i-ausman-md-phd/.