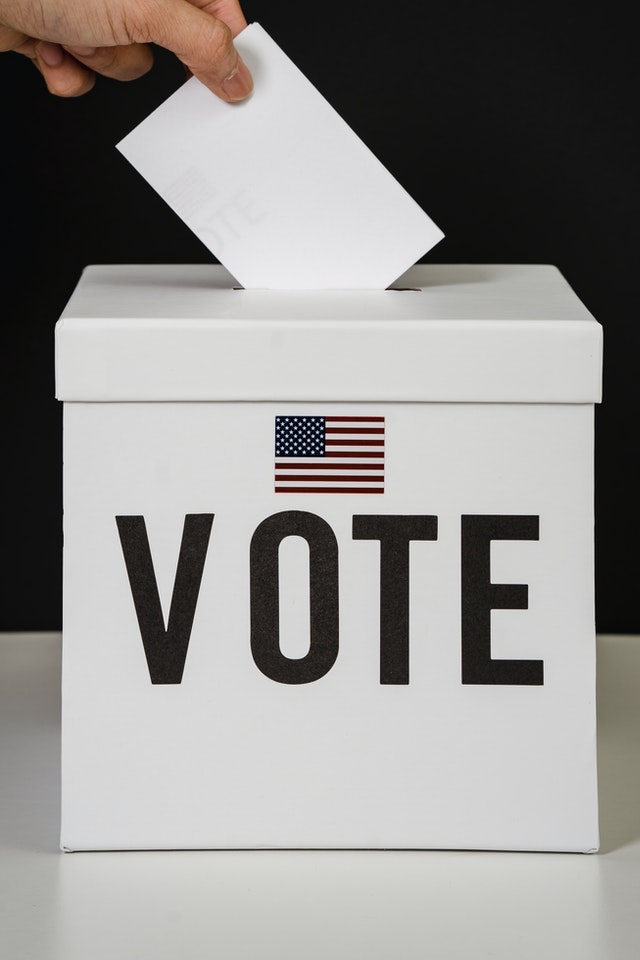 Educated citizens, including Christians, have a civic responsibility to vote — preferably for Donald Trump!

I do not mind disagreeing with a fellow conservative when he happens to be local columnist Erick Erickson. Erickson has become the self-appointed arbiter of the limits of “respectable” conservatism. Anyone transcending beyond those limits is to be ostracized, as has happened with his attacks on Donald Trump. But Trump happens to be the man chosen by GOP voters in the primaries, including Hispanics, to lead the Party at the convention — despite Erickson! I disagree with Trump on numerous issues; most prominently is the fact he has severely fractured the Republican Party, violating Reagan’s axiom of not attacking fellow Republicans. But Trump has also done some good, like breaching the monolithic wall of political correctness and reigniting freedom of speech — necessary activities for the cause of liberty.

For their part, although the mainstream media have done their job in sheltering, diminishing, and squelching many of Hillary Clinton’s scandals over the years — from the time of her husband’s presidency[2] to the very present — there is enough documentation for the rest of what is known to justly deny her the U.S. presidency, if an informed and vigilant citizenry duly exercise their right and responsibility. Trump may sometimes be an overbearing individual, an unknown quantity, but he is at least a successful businessman. Hillary is a conniving, imperious known quantity, much of it saturated with incompetence and corruption, as testified most recently by the Benghazi affair, the email scandal, and the very serious mishandling of classified information.[3]

But let’s return to Trump, if he gets elected he will be bound from extreme mischief by the chains of the Constitution like all other previous presidents. Binding a loose cannon without ideology would be far easier than a determined autocratic ideologue with a party behind her. And it is worth repeating that he was elected as GOP candidate in the state primaries, and overwhelmingly so by the voters. He was not my candidate; Ted Cruz was. Nevertheless I have accepted the popular results of the primary voters and it should be respected. So he is now the man, the candidate, and the GOP establishment, including Erickson, must accept the fact, and no shenanigans should be pulled at the convention to deny him the nomination. Such shenanigans would tell the Republican electorate that their votes no longer count, and that (in today’s term) representative democracy in America (“the republican form of government” guaranteed in Article IV, Section 4, of the U.S. Constitution) is no longer functioning. The GOP, or rather the nation, is in enough trouble as it is!

In one of his recent columns, Erickson writes that Christians have no duty to vote.[4] Of course, his target is Trump, his purpose denying Trump the Christian vote and tilt the election to Hillary Clinton. He is right there is no such religious duty to vote, but he is incorrect about the need to exercise a political responsibility. In fact such assertion is a disservice to the nation and our republican form of government in general and to Republican voters in particular. Informed Americans, including Christians, should vote. No one has to tell Erickson, as a political mogul, that if Christians sit this election out, Hillary Clinton will be elected president. For his grandiosity and his hold on the filigree of self-assumed political “respectability,” Erickson is willing to sink the election, no matter the disaster this may portend for the country, not to mention the blow it could inflict on the remnants of conservatism with another four years of Democratic rule and the damage to the judiciary, particularly future Supreme Court appointees.*

In conclusion while I agree there is no absolute religious duty for Christians or any other religious group to vote, I believe there is a civic responsibility to do so, especially when so much is at stake. Erickson quotes St. Paul. So let me quote Jesus: “Render therefore unto Caesar the things which are Caesar’s; and unto God the things that are God’s.” This can pertain to voting as well as taxes. Erickson also quotes “A Man for All Seasons,” a beautiful play depicting the travails of Sir Thomas More, a man of conscience, who would rather be executed (beheaded) than betray his principles to King Henry VIII. But Erickson could have quoted a better part of the play. When William Roper exhorts More to ignore the law and cave in to Henry’s wish to divorce Catherine; the following dialogue ensues:

William Roper: So, now you give the Devil the benefit of law!

Sir Thomas More: Yes! What would you do? Cut a great road through the law to get after the Devil?

Roper: Yes, I’d cut down every law in England to do that!

More: Oh? And when the last law was down, and the Devil turned ’round on you, where would you hide, Roper, the laws all being flat? This country is planted thick with laws, from coast to coast, Man’s laws, not God’s! And if you cut them down, and you’re just the man to do it, do you really think you could stand upright in the winds that would blow then? Yes, I’d give the Devil benefit of law, for my own safety’s sake!

As with rendering to Caesar, More’s arguments are apropos to the coming election to uphold “Man’s laws” by voting. Only be educated and informed before you cast your vote in November — hopefully for Donald Trump!

* How ironic, in Erickson’s last column, he explicitly defends the Second Amendment (and implicitly the Supreme Court decisions that affirmed it by two 4 to 5 decisions) as an individual right of citizens, and then glosses over and dismisses the need for a conservative replacement for Justice Antonin Scalia to preserve that right, a right that now hangs on the balance, and could be easily overturned with a Hillary “progressive” appointee to the Supreme Court.

1. Stolinsky DC. Fascism is here, and it isn’t from Trump. HaciendaPublishing.com June 20, 2016. Available from:  https://www.haciendapublishing.com/articles/fascism-here-and-it-isn%E2%80%99t-trump-david-c-stolinsky-md

Miguel A. Faria, M.D. is a retired neurosurgeon and author of Cuba in Revolution: Escape from a Lost Paradise (2002). His website is HaciendaPublishing.com.

This article may be cited as: Faria MA. Educated citizens, including Christians, have a civic responsibility to vote — preferably for Donald Trump! HaciendaPublishing.com, June 24, 2016. Available from: