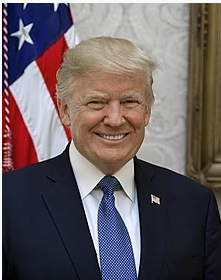 I don’t watch television frequently, but I did so last night, and my wife and I stayed up for the U.S. presidential election coverage — until it was over. We alternated between watching ABC News and CBS News. On ABC News, George Stephanopoulos and Cokie Roberts and the roaming correspondent Cecilia Vega were some of the main commentators. On CBS News the lead commentators were retired news veterans Charles Gibson and Bob Schieffer, as well as Charlie Rose and roaming correspondent Nancy Cordes.

The commentators kept repeating themselves saying what they were witnessing was “unprecedented” as Donald Trump won state after state and surpassed Hillary Clinton in Electoral College votes. Watching the supposedly objective media commentators tally and discuss the votes was as amazing as the election itself. This amazement resulted as much from what was said by the participants in their guarded and unguarded moments as well as their behavior. As coverage proceeded and more and more states turned red for Trump, many of the faces turned somber, their disappointment palpable, their condescension to American voters mechanical and revengeful. But it was surprising how frequently the commentators on both channels delivered the same talking points, particularly about the different ethnic or gender groups voting for each candidate. The progressive liberal bias was discernible and at times offensive. Latinos, African-Americans, the college educated, and white women were supposedly all solidly voting for Hillary Clinton.

On the other hand, uneducated white men and rural voters were the angry people voting for Donald Trump. The implication was that urban hicks and country bumpkins condescendingly needed to be educated (indoctrinated) so they would vote for the correct party, the Democratic Party of course. These elite journalists forget these politically incorrect voters are the patriotic Americans who repair their pipes as plumbers, fix their electricity, repair their cars as mechanics, as well as grow their food as farmers — providing services that are essential to their more exalted existence as liberal journalists and pundits. Yet, the reporters kept wondering why Americans were angry. They need not look any further than themselves and the elitist and biased way they report the news and promote liberal agendas. The same goes for academicians and consensual politicians of both parties.

As the election coverage got heated and Trump began to win more and more states, the journalists began to lose their composure; there was some backpedaling and subtle recrimination. The erroneous political polls that had put Hillary Clinton two to six points ahead of Donald Trump could not be explained until a young woman pointed out that there was a “social undesirability” for voters to admit that they were casting their votes for Trump. In other words, in authoritarian states people fear to tell the truth because of the possibility of loss of life or liberty; similarly, in the present politically correct America, people fear to tell the truth because of social ostracism that the voter would experience at least psychologically for voting for a person that the media elite deemed undesirable or unacceptable.

Another troublesome issue was that while African-American voters were voting as expected for Hillary, it turned out that many suburban white women and college educated whites were voting “incorrectly” and unexpectedly for Trump. While Hillary carried the Northeast and other scattered democratic strongholds, Trump was carrying the South and Midwest. And to make matters worse, the Great Lakes and Northern Midwest states, including Wisconsin, were threatening to fall in the Trump column. Michigan and Minnesota, Democrat strongholds of yore, seemed to be deserting Hillary and were edging unexpectedly for Trump. In the end the great “swing states” of Ohio, Pennsylvania, as well as North Carolina and Florida went for Trump, despite the women and Latinos who were supposed to mobilize in those states for Hillary! Unfortunately for Hillary and the Democrats, as one journalist commented, “She [Hillary] did not do as well with Hispanics and women as she expected!”

Charles Gibson was visibly disgusted that “29% of Latinos still voted for Trump,” despite his insults to Mexicans coming illegally across the border. Bob Schieffer in quet desperation made opinionated comments without substance merely babbling the same talking points about demographics. It was a bad idea for CBS to bring them back from their retirement for this coverage. A good impression was made by a couple of journalists, ABC correspondent Terry Moran, and ironically a female journalist of Hispanic descent, ABC World News anchor, Cecilia Vega, who were clear headed and kept open minds on Trump during their reporting. Colleagues could have learned from them on objective media coverage!

The panicky suggestion was made that Hillary could lose by the Electoral College system, despite “possibly winning the popular vote by a large 4% to 5% margin.” This asinine comment was forgotten when Trump continued to win the Electoral votes as well as keep up with the popular vote, which by the time Hillary conceded was over 56,000,000 votes for Hillary and Trump each. In the Electoral College the vote was 218 for Hillary and 278 for Trump. (Trump was still leading in Michigan and Arizona.) Yet, Hillary had overspent Trump by a wide margin: $1.3 billion vs. $800 million for Trump.

The end was glorious for Trump, now President Elect, who praised Hillary’s past work in government and introduced family, friends, and advisors. He pledged to unite the country and “would help everyone reach their full potential.” Hillary’s exit was not as praiseworthy. Characteristically, she called Trump to concede defeat but she did not present herself to her supporters, gave them no farewell speech, nor thanked them publicly for their efforts on her behalf. Just before I completed this article at 3:45 a.m. (but amended a few hours later), it was reported that Hillary would deliver a speech later that day. We hope that the progressive journalists recover from the “shock” of this extraordinary election from which we have all learned much about Trump, and even more from the people who elected him — not to mention the journalists who report the news.

Republicans maintained majorities in both Houses of Congress. In the Senate Democrats attained 47 seats to 51 seats for Republicans (who lost only one seat despite somber media projections). In the House of Representatives the Democrats kept 191 seats to the 237 seats gained by Republicans. Not a bad night, but a sensational night for the GOP!

In the end the popular vote was split 47.5% for Trump and 47.7% for Clinton, so that Hillary won the popular vote by a hair, not by the unprecedented 4-5% predicted by the liberal pundit. This vote translated to 218 Electoral votes for Hillary to 278 votes for Trump in accordance with our constitutional system of federal representation. Those who genuinely fear Trump need not worry too deeply, as demonstrated in his generous remarks after his victory. Besides as I stated elsewhere: “If Trump gets elected he will be bound from extreme mischief by the chains of the Constitution like all other previous presidents. Binding a [purportedly] loose cannon without ideology would be far easier than a determined autocratic ideologue with a party behind her.” Trump is less dangerous than Hillary and will surely become more presidential as he assumes the mantle of executive power, and when needed he will be restrained by his own party, not to mention the Congressional Democrats.

With outsider Trump entering victorious into the political arena some kind of political realignment is probable. But what is certain is that Trump’s detractors, such as Bill Kristol and Eric Erickson, who criticized over and over and predicted disaster at the polls for Donald Trump, will be eating a lot of crow over the ensuing weeks and months.

Miguel A. Faria, M.D. is a retired neurosurgeon and author of Cuba in Revolution: Escape from a Lost Paradise (2002). His website is: HaciendaPublishing.com.

This article may be cited as: Faria MA. Donald Trump President Elect — One Man’s View of the 2016 Election Coverage! HaciendaPublishing.com, November 9, 2016. Available from: https://haciendapublishing.com/donald-trump-president-elect–one-mans-view-of-the-2016-election-coverage/

Similar versions of this article also appeared in the Macon Telegraph and GOPUSA on November 10, 2016.