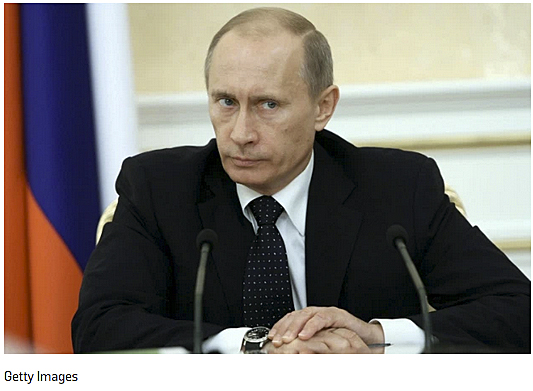 My studies of Vladimir Putin are continuing. I am trying to be careful not to jump to conclusions as I believe the truth is buried beneath many layers of deception, disinformation, and carefully crafted yet hidden dreams of empire building. My preliminary assessment is that Putin is a crafty fellow. I am not sure how much he does and says is real or is designed to attract the conservative Christians and Jews into his web of deceit. Thus far, I have seen that he is building close ties with the Asian world, while the West attacks him openly. What is not clear is this: Are these attacks real or more deception to make true conservatives believe that Putin has changed his spots?

For example, Putin has completely rebuilt the Cathedral of Christ the Saviour, that was destroyed to the last stone by Joseph Stalin and his henchman Lazar Kaganovich in 1931. Putin has also built 1,000 Christian churches across Russia. Many have suggested that Putin is a friend of Christianity. Yet, this may all be part of a grand deception. We know that under the Soviet regime the church patriarchs and priests were Soviet KGB operatives. Lenin wrote that the churches were an excellent way to propagandize, on a massive scale, the people of the West, so this could be Putin’s greatest weapon against the West.

As I have studied the American churches over the past 40 years, I, as well as many others, have noted a dramatic change in Christian teachings — the core spiritual beliefs have been erased, the new gospel is all about social justice and social activism, many blasphemous dogmas have entered the churches, and salvation has been removed. Most of our churches, especially some of the evangelical ones, are now preaching social justice and liberation theology straight out of Marx and Lenin.

Putin’s incredible reversal of Russia’s economic demise since the 1990s, may have been to demonstrate to the rest of the world that he has found the secret of economic prosperity without relinquishing centralized governmental power. This is important to understand. The rest of the collectivist-dominated world, even in the West, refuses to return to the true free market system and individual freedom, but they will accept the Putin system, which is nothing less than the Gramscian model — or as it has been known in intellectual circles — leftist fascism. Left-wing fascism is the rage of the political left almost everywhere. The idea of governmental ownership of the means of production (old fashion Soviet communism) is indeed in the “dustbin of history” for most of the leftist world. Fascism offers a way for the centralized, collectivist governments to maintain control over the population and still generate massive amounts of money for so-called grandiose “projects.” With an ever-expanding bureaucracy and an endless justification for government intrusion into individual lives, we are witnessing this collectivist new world order being constructed around the world — mainly in the West.

From a military standpoint, if you listen to Putin’s various interviews, he constantly refers to Russia’s advances in military high technology warfare systems — which he is demonstrating in Syria, the Crimea, and the Ukraine. Recent disclosures have exposed the massive amount of technology transfers from America to China as well as Russia (including 20% of our uranium) by the Democrats — especially the Clintons. In one of the interviews in which Putin addressed fellow eastern leaders, who were quite nervous about NATO expansionism in the region, he assures them that mother Russia will protect them — he said this with a confident smile. He also lambasted the US concerning their stationing nuclear submarines along with missile tubes in the eastern Mediterranean. Putin stated that he had no idea what was in these missile tubes — even though he had been assured by the US they were non-nuclear. He shrugged his shoulders and said, “How do I know what is in those missile tubes?”

Putin then told his listeners that because the US had an extensive anti-missile defense system deployed in Poland, Croatia and Rumania, Russia would depend on a first strike type defense. Later he admitted that not only was he working on a Russian anti-missile defense system, they were also focusing on higher, more advanced technologies — such as laser weapons, psycho-physical weapons, weapons to neutralize our anti-missile defenses and other such weapons. Again, this technology was obtained from the Clintons, Podesta, Silicon Valley and our so-called allies, such as the European countries — especially Germany, the UK and France, as outlined in Bill Gertz’s book, Treachery: How America’s Friends And Foes Are Secretly Arming Our Enemies.

As I see it, Putin is planning to rebuild the Soviet empire, but not based on communism, but rather leftist fascism (collectivism). With a large part of the Democratic Party consisting of hard-core leftist/communists, Islamic terrorists and Islamic operatives (those practicing deceptive ketman, such as the Muslim Brotherhood), Putin now has many of his chess pieces in place. With the new warm water ports in the Mediterranean and a hold on Syria, Iran, and soon on Libya as well, Putin will have put into position a very powerful military pincer movement against Europe and potentially, the United States — at least in the future. As for Turkish President Tayyip Ergodan, now a Russian puppet, Putin has demonstrated to him what can happen when one defies Russia. Turkey cannot be trusted — Russia will control the Turks from now on.

Europe is not the only place we see this attack and dissolution of Western values. I feel, based on many years of research, that the leftist elements in our own country are the offspring of hardcore communists and Fabian socialist revolutionaries who immigrated to the United States after the 1848 communist revolution in France. This mass migration resulted because many of the affected countries outlawed the radical communist/socialists. As a result, they sought political asylum in the United States. Most were intellectuals, who quickly assumed positions of powerful influence in our society as newspaper editors, magazine and book publishers, bankers, academics and government officials. They were also the ones who collaborated with the Soviet government during the cold war.

With the fall of the Soviet empire, the KGB merged into the Federal Security Service (FSB) and sank into the shadows — that is, it is rarely discussed or examined today by the West. Yet, a number of intelligence-minded people have concluded that the FSB and SVR (Foreign Intelligence Service) continue their old tricks of undermining the United States — something I believe is being continued by President Putin.

If we look further at the position within our own country as a result of this leftist intrusion, we see hardcore leftists in control of a great deal of the government — at all levels — down to cities, villages and especially the inner cities. They have destroyed a great deal of our culture, turned a large segment of our youth into hedonistic, ill-educated, pleasure-seeking nitwits that fall for every pop idea that rears its head. Drugs continue to flow into every community, destroying our youth and even older individuals.

Many people no longer value their freedom, and gangs, drug lords, and other criminal elements are everywhere. Outrageous behaviors and concepts are accepted as if they are logical, well-reasoned ideas that we need to take seriously — such as homosexuality, same sex marriages, political correctness, transgender (cross-dressing) idiocy, unbridled sexuality at any age, filthy movies, TV programs and books, each trying to outdo the preceding outrage in degeneracy. There is no respect for the natural hierarchy of society — everyone is subject to insulting assaults via the public media — mainly by unemployed, ill-educated youth, who spend their days in their mother’s basement playing violent video games and insulting their betters on Facebook and Twitter.

To better understand the link to the Soviet methodology of destroying a country from the inside one should watch the film “Deception Was My Job,” in which Yuri Bezmenov carefully outlines the methods used by his KGB bosses to undermine the United States. A brief review will elucidate some of these tactics.

The left has destroyed our literature, our art and our music. Many people, especially our dumbed-down youth, wallow in this degenerate culture. All of this leads to a nation of people who will believe any lie, any deception, and who will fall into line seeking the ever-elusive utopia being sold by the nefarious left. In no way do I believe this is all by accident or just “the sign of the times” — as many insist; this is by design. All of these methods are outlined in Marx’s and Lenin’s writings and discussed in the Bezmenov film.

I believe that the Islamic invasion of Western nations is part of this destructive program. One must appreciate that the Muslim Brotherhood was closely aligned with Hitler during the rise of the National Socialist German Worker’s Party and Hitler did much to expand this radical form of Islam during his reign. With the demise of the National Socialists, the Soviets took up the cause and trained Islamic radicals in the methods of terrorism and revolution by infiltration.

When we look at the European nations infiltrated by barbaric Muslims, we see arrogant youth who assault the nation’s women, rape even small children, murder and daily threaten the citizens of the host nation — and yet, all one sees in reaction is a nation of citizens who are yellow cowards. Who would allow such monsters to assault their women — rape them at concerts and on the streets and not defend their women? Yet, this is exactly what is happening in Germany, Sweden, France, Britain and the Netherlands — every day.

I grew up in the Deep South where men defended their women and their honor. To do less made one less than a man — a blithering, whinny coward. Are we now becoming a nation of unmanly “snowflakes” hiding in their “safe spaces”? Has feminism successfully emasculated men?

The result of this unrelenting assault on our economic system, our moral understanding, our culture, our form of government and mainly our dependency on what is the center of Western civilization, that is, strong families, is to weaken our nation to a point that we can no longer defend ourselves against our enemies. I can only hope that we still have enough red-blooded men, men of courage and understanding to defend all that we hold dear. Once freedom is lost in this country, it will be lost forever. Our new masters will destroy all our intellectual literature and all vestiges of the previous, better world of individual freedom and a moral system based on a love of our Creator. The succeeding generations will have no idea that man can be free and independent. They will become mere cattle to be herded as the masters desire. I would suggest that everyone watch the documentary, “Agenda 2: Masters of Deceit,” available from Amazon.com.

The search for truth is a difficult one and requires eternal vigilance. We are living in a swirling world of ever-changing shadows that deflect our attention from this search for reality and truth. We must focus on the enduring principles of human freedom, which only comes from a love of God.

This article may be cited as: Blaylock RL. Vladimir Putin — A reinvigorated Soviet Apparatchik? HaciendaPublishing.com. April 7, 2017. Available from: https://haciendapublishing.com/vladimir-putin–a-reinvigorated-and-dangerous-soviet-apparatchik-by-russell-l-blaylock-md/.