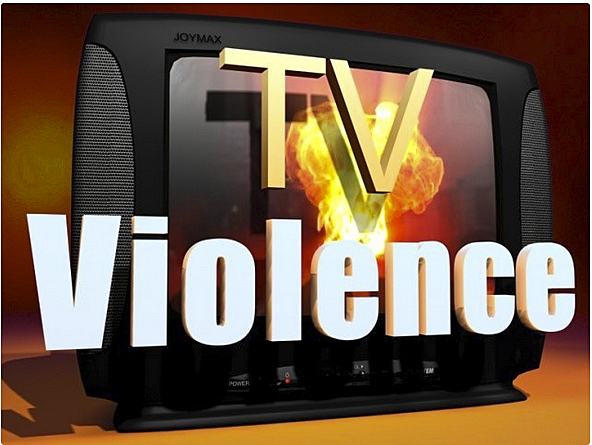 Recently, the media, including medical journalists in organized medicine (i.e., American Medical Association and affiliates) have focused their attention on the associations of violence in television, music, video games and movies to violent behavior in children and adolescents. To this end, a consensus statement of experts released July 26 and sponsored by the AMA and other medical groups proclaimed, “At this time, well over 1,000 studies — including reports from the surgeon general’s office, the National Institute of Mental Health and numerous studies conducted by leading figures within our medical and public health organizations — point overwhelmingly to a causal connection between media violence and aggressive behavior in some children.”

Moreover, the report continued, “Its effects are measurable and long-lasting: prolonged viewing of media violence can lead to emotional desensitization toward violence in real life.”

It should be of interest to the public to learn that some of the most important, breakthrough research papers on this topic first appeared in the 1970s and 1980s. The pioneering research was conducted and the paper written by Dr. Brandon Centerwall of the University of Washington School of Public Health. Centerwall’s studies found that homicide rates in Canada were not related to easy gun availability in ordinary citizens, as he had expected, but to criminal behavior associated with watching television. He found that homicide rates, not only in Canada, but in the U.S. and South Africa soared 10 to 15 years after the introduction of television in those countries.

In the U.S., there was an actual doubling of homicide rates after the introduction of television. Moreover, Dr. Centerwall noted that up to half of all homicides, rapes, and violent assaults in the U.S. were directly attributed to violence on television. And that was when violence on TV was nothing compared to the rampant and graphic violence depicted today in the movies and on TV.

As for gun control policies, Centerwall, in fact, showed with elegant data that draconian gun control measures had not reduced Canadian homicides. Homicide rates in Vancouver, for example, were lower before the gun control laws had been passed in Canada, and in fact rose after the laws were passed. The Vancouver homicide rate increased 25 percent after the institution of the 1977 Canadian gun laws.

His classic article on the shortcomings of Canada’s gun control laws was published not in the prestigious New England Journal of Medicine or the Journal of the American Medical Association but in the Journal of Epidemiology; thus his valuable research was not made widely available. His momentous research paper was virtually consigned to the “memory hole” of the public health establishment because it was politically incorrect.

Fortunately, his research pointing to the effects of television violence affecting homicide rates has been made available. It’s time that his data exculpating gun availability in ordinary, law-abiding citizens from any linkage to homicide rates should be made available to Canadians as well as Americans.

Dr. Miguel A. Faria Jr. is the editor-in-chief of Medical Sentinel, the official journal of the Association of American Physicians and Surgeons, and author of Vandals at the Gates of Medicine: Historic Perspectives on the Battle Over Health Care Reform (1995) and Medical Warrior: Fighting Corporate Socialized Medicine (1997).