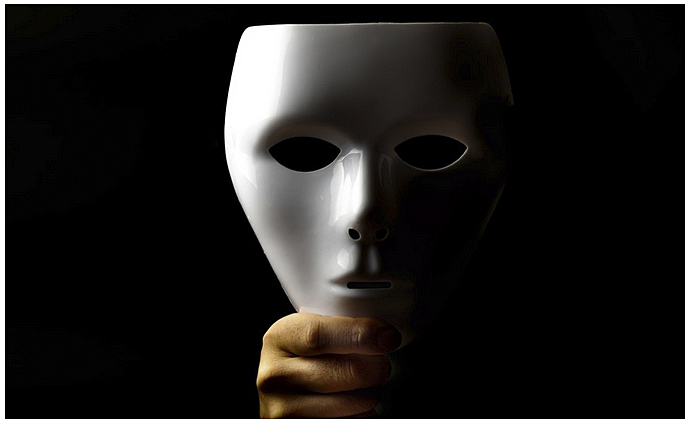 The War on God and His Son: The Deceivers by Russell L. Blaylock, MD

I have been reading a great deal through the years about this liberation theology movement, which is in truth is a leftist/fascist view of religion, especially Christianity. An excellent book that discusses this in some detail is Modern Fascism: The Threat to the Judeo-Christian Worldview by Gene Edward Veith, Jr. In his book, Veith makes a strong link, at least in modern times, of the liberation theology movement to the National Socialism. Hitler, of course, was determined to ultimately stamp out Christianity, and the communists were of the same opinion—neither could tolerate a competing worldview. The plan, as Hitler conceptualized it, was based on the idea that since Christianity could not be stamped out, it must be changed, and the change that was needed was to “demythologize it,” and have the principles of National Socialism incorporated in it. This would be accomplished by removing the Divine status of its leader—Jesus Christ, which also required the obliteration of all the miracles— including the virgin birth, the resurrection, and the ascension. Sin was not in any way, according to this new fascist theology, related to Satan or his demons— it was a corruption within man himself. By doing this, one no longer derives his salvation and direction from God’s transcendental law, but rather from the social engineers and collectivist designers of the new utopia.

The German philosopher Martin Heidegger (1889-1976) was a leader in this movement. Historically a number of Nazi theologians sided with Hitler and the fascists, and among them Emanuel Hirsch was a leader. As with the ex-priest Bill Cummings, Hirsch taught that Jesus’ resurrection was not physical, but rather a spiritual vision, which lends itself to manipulation by the modern collectivist pagans— the social engineers, the future technocrats. It was the National Socialists (Nazis) who embodied the Nietzschean slogan, “God is dead,” and turned it into a new theology.

As for suffering, EIie Wiesel (1928-2016), a survivor of Auschwitz noted that within the concentration camp “… something very strange took place. The first to give in, the first to collaborate—to save their lives—were the intellectuals, the liberals, the humanists, the professors of sociology, and the like. Because suddenly their whole concept of the universe had broken down. They had nothing to lean on.” Those of us who have witnessed the most suffering for the longest time (other than those living within the totalitarian secular states) know very well the deepest aspects of human suffering. Over my lifetime I have reflected on the problem of suffering and why would God allow us to suffer and endure the suffering of those we love. I concluded that without suffering we would lose our humanity, we would no longer care about each other, as no one would die; no one would get sick or suffer in any way. We would become selfish, self-centered and self-absorbed individuals, seeking only new ways to entertain ourselves— much as we see today in this secular humanist world. We would no longer experience the feelings of compassion, empathy and desire to help our fellow man.

I grew up in the lower middle class and observed that within this class we were closer as a community, were happier and shared our misfortunes better than the pampered upper class. It was our daily struggles that humanized us. The Bible tells us that perseverance builds character and this is the reason for suffering, pain, and death— it forces us to persevere and molds us into better people. This is not to say we should do nothing to relieve suffering, as this is a major part of the compassionate impulse engendered by suffering— that is, the desire to help the suffering person and reduce suffering in the world as much as possible; yet knowing that suffering, as with poverty, shall always be with us. As for death, if one is a true believer, death is not viewed as a punishment, since we will be rewarded with an eternal life in heaven. Death’s greatest pain is in separation, not death itself. We suffer because we are separated temporarily from our loved one— be that a child, our spouse or a parent. The agony of someone’s death again teaches us to humble ourselves and makes us compassionate. In the scale of things the suffering is but a moment, then, if we believe and have faith, there is a reward that the human mind cannot conceive.

If we examine much of the suffering that has afflicted the world, we will see that most comes from our abandonment of our belief in God and His transcendental law. Greed, betrayal, lying, deception, corruption, cruelty, murder, an unforgiving nature and unreasoned hatred have created most of the world’s suffering— all things Christianity teaches us to avoid. If we examine the last one hundred years, the greatest suffering and death came at the hands of the enemies of Christianity— National Socialist Germany, Soviet Russia, Communist China, Communist Cuba, North Vietnam, Communist Cambodia and the list goes on. Communism and socialism of every stripe are secular expressions of hatred of God and His Son. The scourge of modern terrorism was born out of a plot by the Soviets to use the Islamic radical as a surrogate warrior against the United States. Most were trained in Soviet training camps, such as the Balashika Training Camp in Moscow or Soviet-controlled camps in other countries. The Muslim Brotherhood was nurtured and grew out of the National Socialist movement. Even a great deal of sickness is secondary to ignoring God’s admonition to exercise moderation and avoid gluttony. When speaking of evil in the world, many refer to earthquakes and natural disasters— things that are not evil as there is no conscious intent. Man, not God, is the source of most human suffering.

What amazes me about people like Cummings is that they are not satisfied just to not hold religious beliefs themselves— they feel a compulsion to destroy the faith of everyone else; it becomes their obsession. I suppose it is because misery likes company. A person who would do such a thing is not a “generous or kind person,” but an evil one.

For those who believe that science now disproves God, I would suggest a careful reading of Amir D. Aczel’s book, Why Science Does Not Disprove God. These ideas expressed by Cummings and others of the post-modernist mindset are not new. Jean Meslier (1664-1729) espoused these very same ideas— the soul was nothing, man was self-created, and the Christian Bible was a book of myth and deception. Meslier stated that the world’s evil would be vanquished in the “death of the last tyrant, strangled by the entrails of the last priest.” Abbé de Mably (1709-1785) saw God as a prime mover with no real involvement with man or man’s world— another concept, deism, thrown around in polite atheistic circles. Rather than destroy religion altogether, the political and economist theorist, Henri de Saint-Simon (1760-1825), and the founder of sociology and positivism, Auguste Comte (1798-1857), set out to design a “new Christianity,” one also devoid of Christ’s true teaching and His supernatural nature. So, nothing is new under the sun.

This idea of a “new Christianity” has an overriding purpose in emasculating Christianity, as it seeks to transform Christianity into a force for the realization of the collectivist mentality of implementing upon societies the technocratic religion of social engineering, to bring about the perfect utopia of the leftist dreamers— it is a disingenuous and quite deceptive ploy preying on the new believer and those who have not examined Christianity deeply— that is, the ones in which the spiritual seeds were sown in shallow soil.

This article may be cited as: Blaylock RL. The war on God and His son: The deceivers. HaciendaPublishing.com, July 18, 2016. Available from: https://haciendapublishing.com/the-war-on-god-and-his-son-the-deceivers-by-russell-l-blaylock-md/.