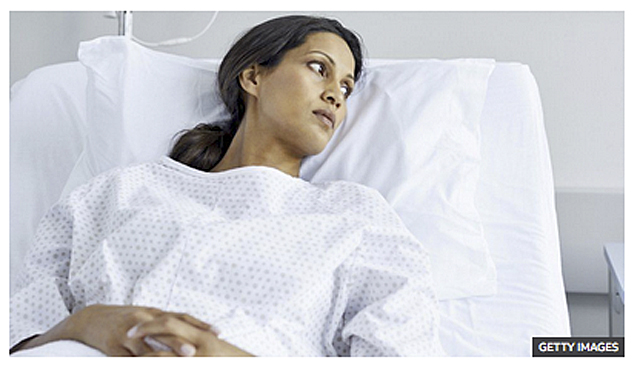 The different versions of the Patients’ Bill of Rights passed in the Senate last June and in the House the following August have been stalled in Conference Committee. Writing for the Galen Institute, Grace-Marie Turner asked, “Can Congress in good conscience pass the Patients’ Bill of Rights in 2002 and guarantee an increase in the number of uninsured in the midst of a recession? Let’s hope not.”(1)

The economic stimulus package that passed the House on December 20, 2001, contained a Republican provision for refundable tax credits covering up to 60 percent of the cost of the health insurance policy with no caps. Although the measure died in the Senate after being squashed by Senate Majority Leader Tom Daschle (D-SD), it appears the direction of health care reform may be shifting from a little less socialism to a bit more free market.

The debate now centers between the Republicans’ desire to implement refundable tax credits to help individuals obtain affordable insurance in the marketplace and the Democrats’ efforts at bolstering the employer-provided health insurance coverage with federal assistance (taxpayers’ money).

Never mind that as Greg Scandlen of the National Center for Policy Analysis (NCPA) points out: “Each year the government loses $140 billion in revenue due to its 40 percent subsidy of employer-sponsored health insurance. This benefit is not extended to the uninsured or to those who purchase individual health insurance. Refundable tax credits, which could help as many as 85 percent of the uninsured purchase insurance, could be provided for ‘roughly $30 billion a year, much of which we already spend on services for the uninsured.’ “(2)

Nevertheless, the free market reforms are still falling short in reestablishing freedom in medicine. According to the White House for example, the stimulus package contained “refundable advanceable [sic] tax credit for 50 percent of amount of premiums paid, up to $110 per month for individual coverage or $294 per month for family coverage, for up to 12 months of coverage.” Although the Galen Institute considers President Bush’s offer of $3528 a year for families and $1320 for individuals “generous,” we disagree. This is insufficient, except for the barest of HMO/managed care (corporate socialized medicine) coverage. Recently, our family of five dropped its high-deductible, indemnity group policy, when premiums jumped to over $2188 per month! Even the cheapest HMO policy we could find in Georgia contained a monthly premium of $800, which means that even President Bush’s plan falls short and will herd more families into health maintenance organizations (HMOs).

The Lawyers’ Bill of Delights

As far as the proposed Patients’ Bill of Rights that may be revived this year the truth is that the legislation has nothing remotely to do with extending basic traditional rights of citizenship to Americans or of providing protections against medical rationing to patients. It has much to do with providing a financial bonanza for the denizens of the sue-for-profit, litigation industry, creating chaos in medical care, and paving the way for the government to come back to “solve” anew the resurgent problems of “spiraling health care costs” and the “growing number of the uninsured” that will result.

It is not well understood that the much-maligned HMOs are not the product of the free market, but rather the deliberate creation of collectivist academics and statist politicians. It was Senator Ted Kennedy (D-MA), who has been for years a champion of socialized medicine, and self-described “Keynesian” president, Richard Nixon, who hatched the HMO Act of 1973 in Washington, supposedly to control the mounting health care costs.

The road to the problem of rising health care costs was paved on Capitol Hill during World War II with the imposition of wage and price controls, which triggered the development of employer-provided health insurance. To bypass the problems of a limited work force, employers began to offer health insurance to attract new workers. Health insurance became tied to place of employment. With insurance paying medical bills, the perception of workers was that they were spending someone else’s money, and they began to spend health care dollars without the constraints prudent consumers normally use when they spend money in the marketplace. The problem was then acutely exacerbated when government plunged head-on into the health care field with the implementation of Medicare and Medicaid in the 1960s.

Now, some of these politicians — who have supported collectivism in medicine all along — want to turn over the regulatory machine and the writing of more mandates to the non-elected bureaucrats, and the legal process of conflict resolution to their friends, the trial lawyers. No wonder the Patients’ Bill of Rights was dubbed “a lawyers’ bill of delights”! Both the Senate and House versions of the bill considered the sky as the limit for malpractice damages. The original House version, for example, would have capped non-economic and punitive damages at $5 million each. At the last minute, President George W. Bush and Representative Charlie Norwood (R-GA), the original sponsor of the House bill, reached a compromise cap at $1.5 million each, essentially tripling the White House’s original proposal of $500,000. President Bush and his allies were able to include the proviso that even though patients could sue HMOs in state courts, the judicial proceedings were to be guided by the more stringent federal lawsuit guidelines. Otherwise, the Patients’ Bill of Rights remains a “lawyers’ bill of delights.”

Moreover, if implemented, the bill will increase the number of the uninsured by making insurance premiums, even for HMOs, less affordable. Studies performed by the Health Insurance Association of America have previously shown that for every one percent increase in premiums, the number of the uninsured increases by 300,000 people. The Senate version of this bill has been estimated to increase premiums by four percent, which translates to 1.2 million Americans who will be added to the roll of the uninsured. Yet, even this figure may be too low. The Employment Policy Foundation estimates that the Patients’ Bill of Rights could very well increase the number of the uninsured by a staggering 9.2 million Americans, suddenly increasing the proportion of the uninsured to a quarter of the population! Furthermore, this organization estimates that approximately 56,000 new lawsuits will be filed annually, with a cost burden to employers and health care plans of up to $16.3 billion. More people would be forced into government programs such as Medicaid and state CHIPs subsidized by the taxpayers.

The Senate version could even jeopardize employers who could be made liable for health care decisions and dragged kicking and screaming into the courtroom! During the Senate debate, an amendment by Senator Phil Gramm (R-TX) which would have exempted employers from liability, was defeated. Senator John McCain (R-AZ), who had denied his Senate bill contained employer liability, joined Senators Ted Kennedy and John Edwards (D-NC) — himself a multimillionaire trial lawyer — in voting against Gramm’s amendment.

It is no wonder that Senators Kennedy and Edwards told reporters before the vote last June that they would attempt to “improve” the bill in conference committee when the House and Senate versions are reconciled.(3)

So the iniquitous political stratagem has been set: Patients will be hurt and trial lawyers, a core segment of the liberal Democrat constituency and the biggest contributors to the Democrat Party, will enrich themselves at the expense of suffering patients. Chaos would be deliberately created to give the government the pretext to step in and “solve” the crisis, a crisis created by government in the first place. The politicians will say that the “free market” in health care has failed and will deviously blame it for the problems of the “soaring numbers of the uninsured” and “price gouging” by insurers and providers. The “solution” will be more government control and more regulation, until the ultimate goal has been realized: socialized medicine with the government as the single payer of medical care, and no exit for patients, except in death.

Miguel A. Faria, Jr., M.D. is Editor-in-Chief of the Medical Sentinel, the official journal of the Association of American Physicians and Surgeons (AAPS), and author of Vandals at the Gates of Medicine (1995) and Medical Warrior: Fighting Corporate Socialized Medicine (1997), and Cuba In Revolution: Escape From a Lost Paradise (2002).