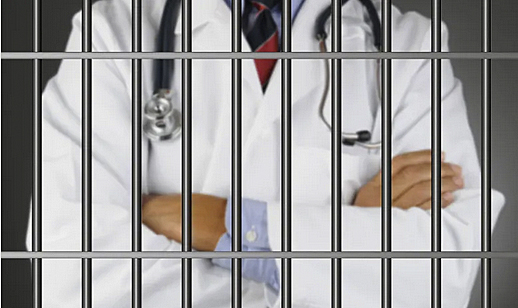 Acquiescence is the trademark of the slave.
Aristotle (4th Century B.C.)

The issue of whether we will remain an independent and compassionate profession or become an enslaved government trade union will not be clearly evident until some time after the Presidential election. For one thing, the conservative health care planners have been silenced by the media, and the Congressional democrats (73%) favor socialized medicine either in the form of National Health Insurance (NHI) or Universal Medicare-type coverage (RBRVS) as previously advocated by Congressmen “Pete” Stark (D-CA) and Dan Rostenkowski (D-IL). So you ask, “What about the future of health care?”

We appear to be poised for a uniquely American version of socialized medicine—apparently, we do not learn from other people’s mistakes. Moreover, to placate conservative critics, the health care reform package will have a veneer of “free-market” capitalism covering a hard core of socialism, RBRVS concepts and rationing.

From the capitalist school, we will be compassionately coerced to work twice as hard as before to make up for the decrease in reimbursement inherent to RBRVS. We will also be subjected to dogged competition and medicolegal litigation-on-demand. From the new school of Democratic Socialism, we will be imbued with the philosophy of equal suffering and the illusory dream (and entitlement mentality) of cradle-to-grave “free” care.

And here is the scenario: Assuming Clinton wins…either as a result of RBRVS implementation as the Democrats call it, or as a result of “managed care networks” with a “fixed amount of money for meeting the full needs of consumers,” as Clinton calls it—health care costs will be brought down primarily at the expense of one group, the doctors.

Physicians, in fact, will be reimbursed 40% to 50% of their present fee schedules, as well as continuing to be targeted for intimidation and scare tactics by enforcement of vague and cryptic rules and regulations—all as part of the novus ordo seclorum of health care delivery.

But what about decreased fees and productivity? It is well known that HCFA presupposes that less physician reimbursement (less compensation for their honest work) would result in “the [greedy] physicians” working twice, or maybe thrice, as hard to compensate for their lost income. Is this presupposition indeed correct? The answer is of paramount importance.

Let us look at a transcendental lesson from history. The great Russian patriot, Alexandr Solzhenitsyn, in his monumental work, The Gulag Archipelago, exposes an inescapable analogy that came to light in one of my many conversations with a dear friend who shares my inclinations in these philosophical and geopolitical matters. Solzhenitsyn wrote that there were two types of prisoners in the gulags: those who resisted and those who collaborated with the enemy by doing what they were told and working as hard as they were capable for the promised reward of extra rations. For their additional work, the collaborators were given a smidgen more of food, just enough to convince them they were better off than the others.

The bitter truth was the extra ration they received was not enough to provide the compensatory nourishment to sustain their intense labor.  The irony of the situation was that the collaborators in the Soviet gulags unintentionally hastened their own demise by the accommodation of their tormentors and their acquiescence and complaisance in the face of their own predicament. They died off, never to see the Berlin Wall fall in November of 1989 or the Evil Empire disintegrate in January of 1991, as the whole world watched.

Likewise, in medicine, physicians beware. Let us not acquiesce, thereby hastening not only our personal demise, but also that of the noble profession of Medicine.

This article, which originally appeared in the December 1992 issue of the Journal of the Medical Association of Georgia as Dr. Faria’s “Editor’s Corner,” was subsequently updated and re-published as Chapter 23 in Medical Warrior: Fighting Corporate Socialized Medicine (1997). It has been posted here and is now accessible on this website for the benefit of our readers.

This article may be cited as: Faria MA. The Medical Gulag. HaciendaPublishing.com, December 1, 1992. Available from: https://haciendapublishing.com/the-medical-gulag/.